There is none so blind, goes the old saw, as he who does not want to see. Witness the intellectual contortions inspired by the FBI’s recent release of crime data for 2020. Murders rose 30 percent over 2019’s figures, the largest single-year increase since the FBI began compiling the data 60 years ago. There were 21,570 people murdered in the United States last year, almost 5,000 more than the previous year.

Our sophisticated betters in the media are at pains to explain this, attributing this horrifying surge in bloodshed to the Covid pandemic, poverty, and, naturally, the ubiquity of guns in our culture. Summing up perfectly the attitudes of east-coats elites was James Alan Fox, a criminologist at Northeastern University, who was cited in the Washington Post. The year 2020 was a “unique situation,” he said. He attributed the rise in homicides, as paraphrased by the Post, to “a confluence of factors, including the coronavirus pandemic, conflicts over politics and race and people just generally having too much free time.”

One assumes Mr. Fox’s views on the matter are more complex than reported. Or does he really believe people with too much free time are more disposed to homicide than others? “I don’t want to minimize what’s happened,” he told the Post. “I just don’t want people to believe that the sky is falling and that this is a permanent” trend. He added that even with 2020’s surge in killings, the situation is less dire than that experienced during the crack cocaine epidemic of the late 1980s and early ‘90s. This is akin to saying people who have experienced the disaster of a 6.5 earthquake should be comforted that it wasn’t as bad as the bigger one 30 years ago. 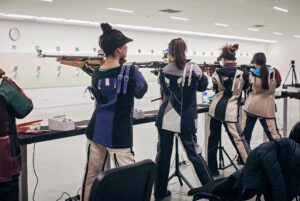 Who's afraid of the big bad gun?

And of course there were those who were quick to assign blame for the bloodshed to guns. John Feinblatt, president of Everytown for Gun Safety, was quoted in the same Washington Post story. “This jump in murders,” he said, “is just the latest proof that we are experiencing a gun violence epidemic within the Covid pandemic. This death spiral will continue until we stem the flow of illegal guns and invest in proven intervention programs.”

Mr. Feinblatt ignores the fact that a gun is “violent” only when someone chooses to pick it up and put it to violent use. If the availability of guns is truly the key factor in homicides, perhaps Mr. Feinblatt can explain why the guns-per-capita data do not track with the murder rates in many states. The Hunting Mark website reports that Wyoming has more guns per capita than any other state, yet it’s near the bottom on a list of states and territories ranked by murder rate. What makes people in Wyoming so much less violent than those in the District of Columbia, which is second on the list of guns per capita but first in homicides? What about Louisiana, which has the highest murder rate yet is number 15 in gun ownership? And how would Mr. Feinblatt explain New Hampshire, which ranks fourth in gun ownership but 41st in homicides? Clearly there are other, far more significant factors at play here than the availability of guns.

What many in the media are loath to admit is that the rhetorical attacks on policing, which were well underway for years but reached a peak after George Floyd’s death in Minneapolis last year, have sapped the will of the street police officers charged with going out each day and arresting lawbreakers. In those neighborhoods most affected by crime, police officers tend to know who is responsible for it and devote most of their attention to these chronic offenders. But today, if an officer spots a gang member he suspects is carrying a gun, the officer knows if he attempts to stop the man it may result in a foot chase, a wrestling match, or even a shooting.

It's not the physical dangers inherent in these outcomes the officer finds daunting, it is the potential aftermath if things result in anything other than a textbook outcome, one free of injury or even offense to the suspect, especially if the racial calculus in the encounter tips a certain way. No cop wants to play the villain in the next viral YouTube video, a genuine risk if a stop goes awry. No matter how unblemished the officer's record or how lengthy the suspect’s rap sheet, people will stampede in judgment against the cop while lionizing the criminal. 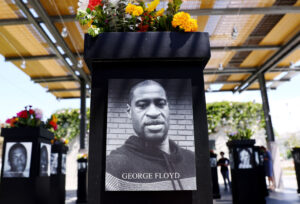 His legacy lives on.

Criminals know this as well as the cops do and they respond accordingly. Absent any internal moral controls, they are restrained from their predations only by the risk of being arrested and imprisoned. When those risks are minimized as they have been in recent years, more crime will follow as night follows day.

It is the very people our educated elites purport to champion who suffer most from this. Blacks are just 13 percent of America’s population yet were 55 percent of 2020’s murder victims, a stable figure even as murder rates have risen and fallen over the years. This is acceptable to those who work themselves into a lather over every perceived instance of police abuse yet stand mute as the black bodies pile up in our country’s morgues.

It is politics that has led us here, the poisonous brand of racial politics to be precise, as our more craven politicos seek advantage in parroting the mantras of the professionally and perpetually aggrieved, and too many others refuse to oppose them for fear of the mob. Yes, things are not as bad as they were 30 years ago, but dare we be satisfied with this when the degree of success or failure is measured in human lives?