Near the beginning of the pandemic I wrote a feature about the problem with predictive models, which were at the time being continuously cited to justify unprecedented restrictions on normal life. Time has shown the models that were in operation at the time to have been, in some respects, too gloomy, and in others, too optimistic. Which is really to say that they ended up being just as unreliable as I argued at the time, and should not, therefore, have been the north star we used to navigate through the choppy WuFlu waters.

Well, for a more recent demonstration of this phenomenon, Nate Silver of FiveThirtyEight rightly points out that actual Covid case numbers have fallen well below what all twenty-two CDC approved models predicted back in early May. Most (though not all) held that Covid cases would continue to decline in the U.S., pushed down by the combined forces of vaccine reception and warm weather, with the average model suggesting that we'd end up at about 28,000 cases per day. In real life that decline did indeed occur, but we've ended up with roughly half of the projected number of cases, and this with states opening much faster than the CDC was recommending at the time the models were released. 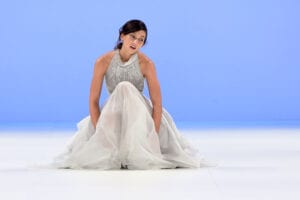 As I discussed in the initial post, the numerous failures of predictive models  are well known to close watchers of the climate debate. We've watched a familiar cycle -- where a new model which anticipates calamity is released, inspires ominous headlines and hand wringing from professional activists and politicians, and is eventually revised when reality fails to conform to it. Of course by then the damage is done, and the headlines are burnt into the brains of regular people who don't have the time or capacity to debunk every bit of misinformation thrown their way.

Dare we hope that the failures of the pandemic are enough to open peoples' eyes? Well, if this Gallup poll is correct that 71 percent of Democrats and more than 40 percent of independents think the case number decline is a mirage, and we should continue to stay home for the foreseeable future, the answer to that is probably 'No.'

The scientist whose advice prompted Boris Johnson to lock down Britain resigned from his Government advisory position on Tuesday night as The Telegraph can reveal he broke social distancing rules to meet his married lover. Professor Neil Ferguson allowed the woman to visit him at home during the lockdown while lecturing the public on the need for strict social distancing in order to reduce the spread of coronavirus. The woman lives with her husband and their children in another house.

The epidemiologist leads the team at Imperial College London that produced the computer-modelled research that led to the national lockdown, which claimed that more than 500,000 Britons would die without the measures. Prof Ferguson has frequently appeared in the media to support the lockdown and praised the "very intensive social distancing" measures.

Booty calls for me but not for thee; the limelight just isn't good for some people.

The revelation of the "illegal" trysts will infuriate millions of couples living apart and banned by the Government from meeting up during the lockdown, which is now in its seventh week. On at least two occasions, Antonia Staats, 38, travelled across London from her home in the south of the capital to spend time with the Government scientist, nicknamed Professor Lockdown.

All sounds rather frisky in a British sort of way.

Ms Staats, a left-wing campaigner, made a second visit on April 8 despite telling friends she suspected that her husband, an academic in his 30s, had symptoms of coronavirus. She and her husband live together with their two children in a £1.9 million home, but are understood to be in an open marriage. She has told friends about her relationship with Prof Ferguson, but does not believe their actions to be hypocritical because she considers the households to be one.

Grant Shapps, the Transport Secretary, recently reminded the public that it was "illegal to be outside the home for one of any other than four reasons". Those reasons are medical emergency, daily exercise, essential food shopping and certain types of work.

Well, as they say in Britain, they were probably both "on the job."