The American election reminds me of the Ashes cricket series beginning late 2010 and ending early 2011. It had been built up. I was invested in one side winning. The tension was unbearable. I took to turning off the telly to try to get a wicket when the opposition seemed dug in and batting well. Five matches, each over five days, took its toll.

I was at a friend’s place for the election. The timing worked out well here in Sydney. I arrived at about 10.30am (Wednesday morning) when the first results started dribbling in. Was Florida going well or was it going badly? Hard to tell. We switched between CNN and Fox News. John King at CNN left me completely bamboozled by his rapid-fire performance, county-by-county in Florida. Yes, but what does it mean, I kept shouting at the telly.

By the time I left, late afternoon, drained, President Trump was a shoo-in. Michigan, Wisconsin, Pennsylvania and Florida seemed in the bag. I tried to relax and do other things. Made the mistake of checking up before going to bed. Alas, Trump’s lead in Michigan and Wisconsin had disappeared. Thereafter I became too agitated and depressed to keep up and switched off the telly hoping that this would bring a wicket, so to speak. It didn't. 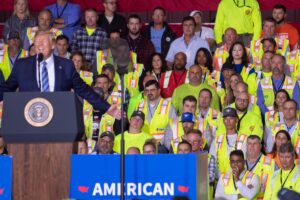 They say that Trump is a divisive figure. Maybe, but I doubt he could have done anything not to be divisive. What could he have done? In fact, all conservative leaders are badged as being divisive. It means you don’t agree with those on the left. And I suppose the more you don’t agree, and the more effective you are, the more divisive you become. My purpose, however, it is not to be political but rhetorical. Why didn’t Trump win? And here I am not entirely giving up hope but simply relying on the latest figures which show him losing, instead of winning in a landslide.

Why in a different universe might he have won in a landslide? In a word, achievements.

He’s led the US into no new wars / routed ISIS / rebuilt the US military / stood up against China’s rapacious trade policies / forced NATO countries to contribute more for their own defence / relocated the US embassy in Israel to Jerusalem (long promised, never delivered until Trump) and recognised the Golan heights as being part of Israel (a must-have for Israel’s defence) / brokered peace deals between Israel and the United Arab Emirates, Bahrain and Sudan (Nobel Peace Prize 2021?) / curbed illegal immigration, including with a wall (OK, the Mexicans didn’t pay for it) / replaced NAFTA with an improved trade deal with Mexico and Canada / reduced regulations and taxes, producing US energy independence and, before COVID hit, the lowest Black and Hispanic unemployment on record - combined with an upsurge in real wage growth / brought back manufacturing jobs when Obama and those in the know said it couldn’t be done / promoted and signed the First Step Act to lessen the over-incarceration of black offenders / established business opportunity zones in the inner cities to help minorities escape despair / supported school choice and charter schools for disadvantaged children / promoted and signed a bill to provide permanent funding for traditionally black colleges / appointed objective federal judges and Supreme Court justices to defend the constitution, as distinct from politically motivated activists. And did I mention… 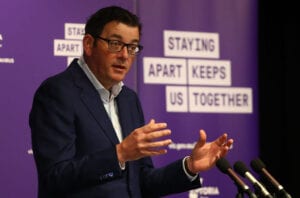 Along came Covid. I am not mad enough to think that China let it loose specifically to damage Trump, but the timing and impact couldn’t have worked out better. From the beginning it has been used as a cudgel to batter him in an election year. When you look at the situation in the U.S. from afar you have to wonder what he did which he shouldn’t have done or didn’t do what he should have done. Of course, he isn’t as keen on masks as Joe Biden. And, certainly, any section of the population that has been scared enough to wear masks when in the open air is likely to vote for self-proclaimed putative saviours.

State premiers in Australia sniffed the wind – and spent taxpayers’ money on secret polling – to discover that indeed people wanted their governments to keep them safe. In the first real test, Annastacia Palaszczuk’s Labor government was returned at the end of October with an increased majority. This, despite having hobbled Queensland’s important tourist industry by closing the State’s borders.

It is clear now, since Covid, that many people desperately want to be safe and are not too worried if others have to sacrifice their businesses and jobs. Scaredy-cats? I think so but, on the other hand, public health advisors to governments have done and are doing their best to scare people with tales of upcoming dark, plague-ridden, days ahead. One or two outliers aside, I am fairly confident that they communicate with each other internationally and settle on a party line. And governments are wary of telling them to get real -- people’s businesses and jobs are at stake, never mind their mental health -- for fear of being blamed the for next eighty-five-year-old to die.

If Covid hadn’t done enough to turn the election it provided all the excuse needed for Democrat-run states to turn to mail-in ballots. After all, there is no point in risking your life by voting in person. It’s hell out there in polling stations, even when masked. I don’t want to get all political here but might Trump have been right. Sending out millions upon millions of mail-in ballots might lend itself to fraud. Mightn’t it? Just asking. 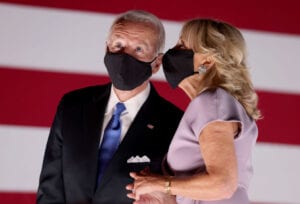 Anyway, whatever the extent of fraud and however telling or not in influencing voting tallies, it is clear that mail-in ballots were largely responsible for an upsurge in voting. According to Bloomberg, the percentage of those voting (from citizens of voting age) rose sharply in nearly all states; and by just under or over 10 percent in the swing states of Wisconsin, Michigan, Pennsylvania, North Carolina and Florida. No reason to think this would have happened absent Covid. And it cost Trump.

Why do I support Trump? See above and his achievements. But he also he drives the new woke, post-modernist, left insane (divisive you see) and surely that can’t be a bad thing. Here is a typical lefty, the day before the election. Troy Bramston is writing for the supposed right-of-centre newspaper The Australian owned by Rupert Murdoch. Though clearly the elderly Murdoch’s beneficial influence is waning. Bear in mind that Bramston is one of a number of Trump-despisers writing for the paper. This is a sample of his calumnies laced with poison.

Donald Trump is the worst president in US history / Americans have an opportunity to terminate his dysfunctional, divisive, dangerous and degraded administration / He has lied thousands of times / deliberately downplayed the threat of Covid-19 / used the presidency to enrich his business / boasted about sexually assaulting women / called dead American soldiers ‘losers’ and ‘suckers’ / admires totalitarians such as Kim Jong-un / undermines institutions and alliances / calls the media the enemy of the people / totally inept at running the executive government / Trump is not the first president to fail this test [moral leadership] but his collective failures dwarf all others.

He goes on but enough is enough. And, no mention of any of Trump’s achievements, his éclat I might say in my more emotive moments. None. Bramston is indeed an unremitting hack; as are so many.

None of this kind of vituperate name calling on the part of the highly-partisan media in the US and around the world would have mattered a jot without Covid-19. Trump’s achievements would have shone through. And maybe they did shine through; we shall see how the aftermath of the election unfolds in the courts. I’ve switched off the telly, still hoping for a wicket.