Inside every Leftist is a totalitarian screaming to get out.  And who's out to get us.

Now, there’s a world of difference between finger-wagging, lecturing, and virtue signaling; and policy.  The former are just the usual Leftist busybodies telling us what to do, while the latter are Leftists directly assaulting our liberty.  We can live with the former, but must fight the latter.

The Climate Alarmists scream “we’re all gonna die” due to global warming, and that it will happen really really soon, probably even this generation.  Therefore, we should go through life as unhappy yet pious apostles of the Climate Cult, reducing our carbon footprint by returning to the Stone Age and internally retaining flatulence until we float to the moon.

Yet ask Cultists what they are doing to stave off the imminent apocalypse, and they invariably reply that they recycle and drive a Prius.  Maybe they even take public transportation.  What they don’t do is devote every waking moment to forestalling the End of Days which – remember – is going to happen in the next fifty years.  You’d think, given the expedited timeline and rather high stakes, that they’d be doing things with a bit more impact.

Instead they claim that they “do what they can,” which seems to run counter to the idea that we’re all gonna die in the next fifty years.  Confronted with this logical contradiction, and unable to reconcile their hypocrisy, that’s usually when they accuse us of being Climate Change Deniers and storm off to lecture some other unlucky soul. 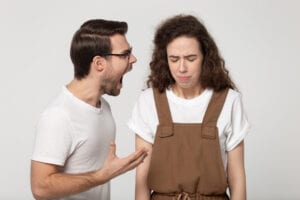 Even when provided with competing scientific data, they are unable to rebut it.  They wave their hands, claim “bias” on the part of the scientist (while their scientists are above reproach), and insist that all the other “experts” couldn’t possibly be wrong.

In other words, show them data and they ignore it, because they not only must live in fear, they must be certain that you live in fear.

The truth is that all they want to do is control other people.

Some Leftists genuinely have a hatred of liberty.  Others have simply fallen sway to the unrelenting propaganda of how bad some intangible threat is and, lacking any feeling of control over their own lives, attempt to assert control over the uncontrollable by controlling other people.

After all, one cannot stop or reverse time, “global warming,” random gun violence, or just plain stupidity that results in death.  So the next best thing is to control people’s behavior in order to stop these things, which of course doesn’t stop anything at all. Which brings us to COVID-19.

The data is pretty clear at this point, after nearly five months of collection from almost every part of the globe.  Once the data settled in after about eight weeks, it hasn’t changed much.  Based on the latest data set from the CDC, here is what we know:

When we remove just these four places, the rest of the country experiences the following:

The aggregate rate of positive tests is 8.85 percent across the nation.

The four states named above account for 15 percent of cases.

Rural states have positive rates of around 7 percent. States such as Delaware, Vermont, West Virginia, Alaska, and Hawaii are all under 3 percent.

The current trend for positive cases is down.

Finally, if one examines county-level and municipality-level data, one will find that the prevalence of the virus is highly dependent on locality. In other words, while one doesn’t want to experience symptoms of this virus, the risk of catching it is on par with seasonal flu (10 percent), and the risk of dying is extremely remote if you are not elderly.  Death is even more remote if you are also not obese or immuno-suppressed.

Yet governments at every level have shut down the entire economy, restricted movement and activity, and even threatened to cut off utilities to those who disobey their increasingly arbitrary edicts.  Government and its media enablers continue to terrify Americans, and are destroying our country in the process. 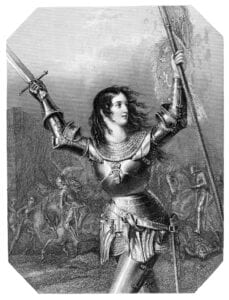 The repercussions of this tyranny will last for years, as those trapped under house arrest without work or income will turn to alcohol, drugs, and take their frustration out on their domestic partners and children.  This collateral damage was, and still is not, considered by those in power.

The hypocrisy of those who willfully destroy American lives with their fear-mongering and tyranny runs in direct contrast to wanting to save humanity from the Climate Apocalypse.  That’s because what Leftists ultimately want is complete control over our behavior.  It has nothing to do with alleged climate change or a virus.

Indeed, those who object are told that forcible wearing of a muzzle is not an infringement on one’s “liberty.”  They put “liberty” in quotes, demonstrating their ignorance and contempt for it, until you mention that abortion should be banned. Then suddenly their liberty is being infringed upon. “My body, my choice” only extends to killing babies.  Maybe we should use the same phrase when told we must wear muzzles or keep restaurants closed.

When they claim that wearing masks is to protect others who don’t have a choice in what we do, demonstrate that the baby they are killing is exactly the same thing.  All that proves is that, again, they want to control our behavior while they do what they choose.

All of this is done under the guise of the nine worst words in the English language. With apologies to Ronald Reagan, those words are, “Do as we say.  It’s for your own good."