A cosmic storm is roiling the Astrophysics community. Focused on the name of a NASA space telescope, the controversy is one more in a decade-long whirlwind of accusation that has made clear to straight white men that their days of pursuing science free of guilt and obeisance are decisively over.

As an academic field, Astrophysics became 'woke’ years ago and is now one of the most rigidly doctrinaire of the hard sciences. It has seen numerous purity campaigns against non-believers, first against insufficiently feminist-compliant men. A blog called Women in Astronomy promotes indignant tales of female suffering, profiling young women shattered when men expressed sexual or romantic interest, or deeply hurt when researcher Matt Taylor, whose team put a space probe on a comet, appeared on television wearing an ‘inappropriate’ shirt.

In one of the field’s most public spats about female victimhood, renowned Italian particle physicist Alessandro Strumia was ejected from CERN, the prestigious European center for high-energy physics research, after he presented a meticulously documented conference paper arguing that the targeted hiring of women into STEM positions was neither necessary nor wise. For this, he was denounced as a misogynist in a histrionic open letter by Particles for Justice, a posse of modern-day Puritans who hunt academic thought criminals, led by New Hampshire University physicist Chanda Prescod-Weinstein, a self-described “activist for equality in science” and AI researcher Brian Nord of the University of Chicago. 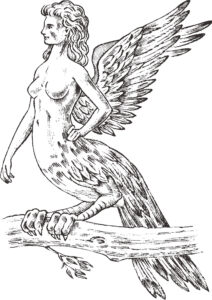 On guard against toxic masculinity.

Strumia need not have bothered. Fealty to the principles of “diversity,” especially to the dogma that women and people of color should always be hired and promoted over white men, is now an accepted requirement in Astronomy departments across the western world. Denunciations of misogyny, heterosexism, and anti-blackness have become the primary preoccupations of many astronomy researchers, at least some of whom seem to spend far more time and energy agitating for social justice than studying the heavens. Last year, these crusaders organized a one-day Strike for Black Lives, during which they stopped work to discuss white supremacy (it says something about the nature of their work that nobody noticed the stoppage) and joined with Indigenous activists to prevent the building of the world’s largest telescope on Mauna Kea, a Hawaiian mountain deemed sacred.

The latest ideological conflict is more purely symbolic. It concerns NASA’s James Webb Space Telescope, the flagship NASA project due for official launch later this year. According to NASA’s website, the Webb will be “the largest, most powerful and complex space telescope ever built and launched into space,” and will provide unprecedented opportunities for research on the origins of galaxies as well as on stars and planetary systems in process of formation. Complementing and extending the work made possible by the Hubble, Webb will revolutionize insight into our universe.

James E. Webb (1906-1992) was NASA’s administrator in the years 1961-1968, shepherding NASA through what was arguably its period of most outstanding progress. He transformed the agency into a highly focused research organization intent on achieving manned flight and a moon landing. It was as a result of Webb’s prescience that NASA developed rockets not only for military and propaganda purposes but for scientific ones as well, with the aim of using American technology to learn about Earth’s solar system and beyond. Without that focus, the Hubble would never have been constructed and astronomical research would have been set back by decades. Every astronomer working today owes a debt to Webb.

But gratitude is in short supply among today’s warriors for social justice, who object to honoring Webb’s memory. Led by Particles for Justice founders Prescod-Weinstein and Nord, and joined by Sarah Tuttle and Lucianne Walkowicz, they are lobbying NASA to find a more suitable (i.e. non-white and non-male) candidate, one who represents “our highest values” for which they conveniently nominate themselves the arbiters. Webb is disqualified because of a less than pristine personal history as a government official during the Cold War. 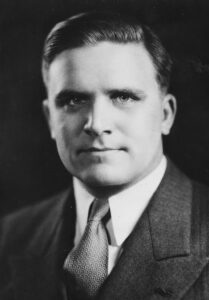 According to the four doyennes of woke Astronomy, who recently published in Scientific American their argument for why “The James Webb Space Telescope Needs to Be Renamed,” Webb was complicit “in homophobic discrimination in the federal government.” It is now well known that federal government employees who were homosexual were believed particularly vulnerable to blackmail by Soviet agents; Webb worked for the federal government at the time the policy of barring homosexual employees from the civil service was discussed and implemented, resulting in hundreds of firings over a period of more than a decade.

It is not known that Webb himself pursued the policy with any zeal—or even that he did anything more than passively acquiesce, as the vast majority of people today acquiesce in workplace policies that may, more than half a century from now, be deemed discriminatory and unjust—but for the proponents of LGBTQ liberation, he was “a facilitator” of homophobia who deserves to be purged in turn. The sum total of the case against Webb deserves to be quoted at length so as to reveal its lack of substance:

When he arrived at NASA in 1961, his leadership role meant he was in part responsible for implementing what was by then federal policy: the purging of LGBT individuals from the workforce. When he was at State, this policy was enforced by those who worked under him. As early as 1950, he was aware of this policy, which was a forerunner to the antigay witch hunt known today as the lavender scare. Historian David K. Johnson’s 2004 book on the subject, The Lavender Scare, discusses archival evidence indicating that Webb, along with others in State Department leadership, was involved in Senate discussions that ultimately kicked off a devastating series of federal policies.

In other words, there is no evidence whatsoever that Webb himself favored, developed, or actively implemented anti-gay legislation. He was, in the authors’ deliberately vague words, “in part responsible” and “aware” of a policy “enforced by [others].” The worst that can be said, it seems, is that “there is no record of him choosing to stand up for the humanity of those being persecuted.” Note, here, how absence of evidence becomes evidence of absence, a classic logical fallacy.

The question that remains is what any of this has to do with a space telescope; or, more specifically, why the astronomy research community should care about James Webb’s failure to be a pro-gay activist at a time when being one would almost certainly have accomplished nothing aside from the sabotaging of his own career, likely with the result that he would never have been able to promote astronomical research at NASA.

The anti-Webb activists have no answer except the melodramatic assertion that “many queer scientists fundamentally do not feel safe in their workplaces” today and a febrile rhetorical question: “What signal does it send,” they ask, “to current and future generations of scientists when we prioritize the legacies of complicit government officials over the dreams of the next generation?”

I’m not sure who nominated these authors the adjudicators of the next generation’s dreams, but even conceding them such authority cannot disguise their use of a false dilemma. Naming a telescope after Webb doesn’t send any particular signal about gay rights, now firmly established in American law and attitudes. If the naming sends any signal, it is simply that a man like Webb deserves recognition for his demonstrated contribution to astronomical research. 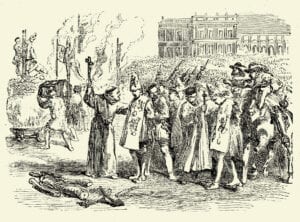 Nobody expects the Spanish Inquisition. Maybe you should.

Purging him, on the other hand, sends a stark signal about the runaway craze of cancel culture, confirming that decades after one’s death, one’s legitimate achievements can be smeared by activists who comb through every recorded utterance and action to find the taint of a retroactively-imposed ethical failure. So convinced are the authors that they have arrived at the end of history that they cannot imagine themselves condemned for an insufficient defense of another’s humanity.

The authors’ choice to replace Webb is almost laughably formulaic. They advocate the telescope’s renaming after an escaped 19th century slave woman and abolitionist, Harriet Tubman. It is not known that Tubman ever gave a thought to astronomical research, but the activists claim that she “almost certainly used the North Star […] to navigate her way to freedom.” If that seems a tenuous connection to high-level astronomical research, then you undoubtedly haven’t engaged in an extensive enough consideration of white male evil. As we are informed, “The time for lionizing leaders who acquiesced in a history of harm is over.” That puts 99.9 percent of the people who lived before us in the west firmly out of the running for commemoration. 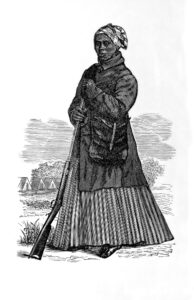 Anyone thinking that a call of such manifest over-reach might be ignored has not taken the febrile temperature of Departments of Astrophysics over the last decade. The appeal has received widespread support, with signatories to petitions registering their opposition to Webb’s memorialization, and NASA officials now running scared. A ponderous article “NASA investigates renaming James Webb telescope after anti-LGBT + claims” explains that NASA officials are reviewing archival documents to investigate the extent of Webb’s “crimes” and will render a decision upon completion of the investigation.

In the short term, NASA officials have little to gain and much to lose in standing firm for Webb. I won’t be surprised if the agency announces, after a suitable period of consideration, that it has found a progressive icon to replace the discredited white man.

Like the forced acquiescence of sports teams, browbeaten into changing their names or removing mascots and logos, the chastisement and bullying of NASA will set an extraordinary precedent. Why should demands halt with Webb? How is it that the Hubble Space Telescope has retained its imprimatur: surely something insalubrious could be found in the life of its namesake? Why not purge all scientific instruments and discoveries of harmful white male names, beginning with Halley’s Comet, Newton’s Laws of Motion, and Einstein’s Theory of Relativity? Only time will tell which pale male will be next in line for elimination.