A recent tweet from Alexandria Ocasio-Cortez: “In a modern, moral, & wealthy society, no American should be too poor to live.” There is nothing remarkable about this empty trope. Scratch any leftist. Out it comes. Even those on the right of the political spectrum might nod along in unthinking moments. The Archbishop of Canterbury and the Pope would nod along in their thinking moments.

Christian religious leaders are prone to flights of fancy. Justin Welby and Francis are keen on so-called inclusive capitalism to solve the ills of the world. Utopia in the here and now. Heaven can wait. Call it also stakeholder capitalism, if you prefer the nomenclature of Klaus Schwab’s great reset of capitalism.

A first thing to say is that this surreal transfiguration of capitalism has no correspondence with reality. It’s made up. A chimera. It cannot be brought to sustained life. At least not the life envisaged. It could morph into something which can be brought to life; albeit a dissolute life. It’s called socialism. 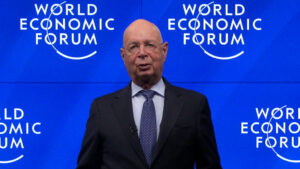 Would you buy a used electric car from this man?

A friend of mine, and fellow Christian, is fond of echoing Gottfried Leibniz (1646-1716) in asserting that the universe and all of its contents, animate and inanimate, could not have been better made. It’s an article of faith but impregnable. Try something. For example, if only those pesky tectonic plates didn’t move and cause devastating earthquakes. Okay, if you want to sit on a powder keg in flatland. Everything is on such a knife edge that serious tampering always leads into an abyss. Capitalism is like that.

Capitalism is “free-market capitalism,” or else it isn’t capitalism at all. Yes, I know, capitalism is always accompanied by cronyism and never more so since global-warming boondoggles took off, but that in itself speaks to its power to survive sleazy deals.

Best to remember too that the term shareholder capitalism gives a distorted picture of capitalism. Capitalism isn’t just a collection of giant corporations. For example, businesses with from one to 999 employees, account for almost 60 percent all U.S. private sector jobs. Those wielding influence at Davos should put themselves into perspective. Private jets tend to beget arrogance. 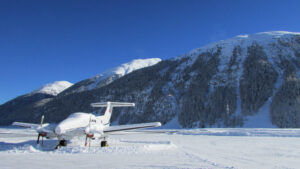 How the one percent lives.

We need a better understanding of capitalism. It dispels flights of fancy. As I’ve previously argued, capitalism is akin to a “living system.” Living systems (see James Grier Miller’s defining work) are systems which self-organise and interact with their environment. They are open systems which resist entropy. The second law of thermodynamics has its way with all closed systems. Entropy eventually undoes them.

Only free-market capitalism meets the requirement of an open economic system. A complex brew of resources—raw materials, skilled labor, physical and financial capital, ingenuity, invention, innovation and entrepreneurship—freely interact to produce outputs in the form of goods and services. The “decider” is market prices, which govern where resources are allocated. As for relative complexity, consider the engineering ingenuity which forms just one part of the inputs in producing, say, motor vehicles.

Now consider so-called stakeholder capitalism. “Shared value creation” must predominate according to Schwab. “Environmental, social and governance (ESG) goals… should complement financial metrics.” Executive salaries “should align with the new measure of long-term shared value creation.” Large companies should “work with other stakeholders to improve the state of the world in which they are operating. In fact, this proviso should be their ultimate purpose.” 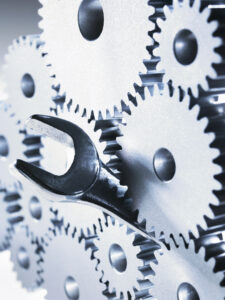 A fascist spanner in the works.

At every step the open system is stymied. Profitable opportunities can’t be seized. Instead, they are subject to almost never-ending processes to discover their compatibility with normative external aspirations. Executives are prevented from seeking maximum reward and thus businesses which can best employ their skills are denied their services. Large companies face the unenviable and impossible task of improving the world. How’s that for inducing entrepreneurial paralysis.

One way or another, stakeholder capitalism walls off the economic system. Nebulous social and environmental obstacles are put in the way of the system responding to market forces. Prices aren’t the decider. Result: entropy and misery. Increasing prosperity is not an immutable facet of human existence. Plenty of examples of economic regression, e.g., real wages in Argentina more than halved in the thirty years between 1975 and 2005. I’ll leave it to Miller:

Of course, there are no absolutes in real economic life. It is not a question of there being walls or no walls. How formidable are the walls, is the question? As to that, I don’t sense stunted ambition among the elite at Davos. And recall that a festering ambition to reset capitalism preceded climate-change alarmism and Covid hysteria. These are large dollops of additional grist for their build-back-better mill.

I’m sometimes prone to put the Great Reset in the category of bad things which might come about. A mistake. It’s already afoot; enervation underway: ESG and its ugly sister EDI (equity, diversity & inclusion) permeate boardrooms. Green lawfare, subsidised renewal energy, and woke financial corporations and fund managers are putting fossil fuels out of business. Except, that is, when it comes to Russian tanks and planes. Now there's a thought.

When the lights go out, expect not to see remorseful recanting elites but despotic measures to keep us energy-starved, newly-manufactured, serfs in check. Covid has given them practise runs. State premiers in Australia have shown themselves adept at tyranny, as have many U.S. state governors. As it turns out, mere novices compared with Canadian Duce Justin Trudeau. No shortage of willing Stasi, informants and Jobsworths to enforce rules. It’s time we stopped tiresomely pointing the finger at tyranny abroad and turned it inwards. Ask not for whom the bell tolls.