The recent ruling by U.S. District Court Judge James Boasberg ordering a temporary shut down and emptying of Energy Transfer’s, Dakota Access Pipeline (DAPL) by August 5th until an Environmental Impact Statement (EIS) is completed is legally extreme, technically impossible and economically burdensome to the oil and gas industry, the state of North Dakota, and the Mandan, Hidatsa and Arikara Nation, the Three Affiliated Tribes (TAT).

The ruling was jarring and seemingly unexpected by the industry and by the plaintiffs themselves. This outcome, however, underscores a necessary pivot that the entire fossil fuel industry must immediately undertake.

[Despite reports indicating Energy Transfer would refuse to obey the judge's order, the company issued this statement late yesterday:

We would like to provide further clarification around news reports out today regarding the operations of the Dakota Access Pipeline. To be clear, we have never suggested that we would defy a court order. Rather, DAPL is seeking appropriate relief from that order through the established legal process.

Energy Transfer spokeswoman Vicki Granado had reportedly said in an email, "we are not shutting in the line,” adding that the judge had  “exceeded his authority and does not have the jurisdiction to shut down the pipeline or stop the flow of crude oil.” The company has requested a stay of the judge's order.]

The lawsuit is merely the second act in a theatrical production that began at the Standing Rock Indian reservation -- where the great Sioux chief Sitting Bull was shot and killed by Indian police in 1890 -- and will end only when the entire fossil fuel industry, including the Three Affiliated Tribes, is completely neutralized. The Standing Rock opposition, beginning with the protests in 2016,  has been wholly scripted and financed  by the extremist organization, "Bold Nebraska", whose wealthy financiers include failed presidential candidate Tom Steyer and elderly agitator George Soros -- the marionettists from the Marxist wing of the Democrat party. Run by House speaker Nancy Pelosi’s former aide, Jane Kleeb, Bold Nebraska is the brainchild of the manufactured activism that fuels the rot of reason that's been on full display at Standing Rock and continues to be front and center in this current legal effort.

It is rooted in a hatred of the fossil fuel industry and a desire to destroy the financial independence of the Three Affiliated Tribes of North Dakota. By financing civil unrest and fueling the destruction of an industry that has delivered financial independence to the Tribes for the first time in modern history, the environmental terrorists of the Marxist Left have revealed their disdain for the very peoples they claim to support. They would rather the Indians be dependent upon handouts by the Left, than have a resource from which they can be independent of the Left.

At Standing Rock, Bold Nebraska used native American tribal representatives as pawns. The protesters, many of whom were from the Pacific northwest and Minneapolis, not from local tribes, were paid activists. They were standing on the stage of tribal rights -- allegedly defending the rights of the tribal members, while destroying the very land they were purportedly there to protect. They brought cars into the area, destroying the grasslands, camped, used dope, and produced rubbish the description of which is not fit for repeating.

Now, in Act Two, this current case, the financiers continue to posit wildly imaginary, though deeply implausible arguments claiming a threat to Native American land -- through which the pipeline does not even run according to all legal reckonings. Judge Boasberg asserts that the fourth of ten possible factors is what obliges him to rule as he did: "[t]he degree to which the effects on the quality of the human environment are likely to be highly controversial" [page 3 and 4].

Likely to be "highly controversial’" That's the point?  No reasonable person could suggest that paid activists and a "protest" financed by wealthy Marxists could be viewed as "highly controversial." Throw in civil unrest and environmental zealots and add some tents, fire, sign-waving and chants and -- voila! The reality however is different. The real controversy should be that these self-ascribed white protectors of Native Americans are turning off a pipeline that will disproportionately and unjustly effect the Mandan, Hidatsa and Arikara tribes.

Forget the fact that retroactively requiring an environmental review is absurd on its face. Consider the practical reality. It is not even possible to drain the entire pipeline in 30 days, as per the judicial order. Were it ever even attempted, it would take at least 90 days. The mandate unfortunately reveals the judge's lack of interest in educating himself in a meaningful way on the subject matter and relevant issues in this case. Indeed, the opinion was an unsophisticated witches' brew of legal wanderings. It lacks the traditional neutrality generally sought in the judicial process and it appears Judge Boasberg surrendered to an unrestrained desire of his own will, not sound judicial reasoning -- something the courts must always try to avoid. 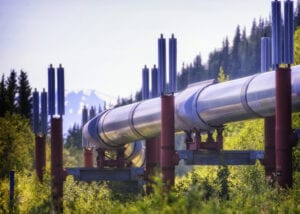 Regardless, Judge Boasberg offers the fossil fuel industry an important lesson that must drive us toward a proactive strategy of communication and messaging.

Energy Transfer made specific, fateful decisions during the Standing Rock protests. They chose not to fight on the field of messaging. Instead they chose the "North Dakota Nice" approach, hoping their attackers would vent and then go away. While North Dakota Nice is a lovely sentiment when welcoming visitors to our great state on summer holiday, it has no place when engaged in battles as important as this to our industry, and to the future of America’s economic health. Had Energy Transfer proactively planned for the predictable and well-practiced tactics of Bold Nebraska, and invested in the requisite communication expertise four years ago, perhaps the outcome Monday would have been different. We will never know.

From this moment on, we, as an industry must engage in the battle of ideas and communicate them using emotionally compelling messages. We must define our position, protect our flank, and place a flag in the industry we love. After all, the work we do each day has resulted in American energy independence, free from the geo-political influences of forces overseas and will help lead the country to economic recovery.

We need now to take this painful lesson and spin it into positive strategic change. Ideas matter. Messages matter. Communicating those messages matters.