One would reasonably expect that a report entitled “Solving the Climate Crisis,” issued last month by the House Select Committee on the Climate Crisis, would focus on ways to reduce the greenhouse gas emissions that committee members believe endanger life as we know it. The report does contain some discussion about ways to lower those emissions, but its also a blueprint for remaking America socially, economically and politically in accordance with the progressive wish list. The report subtitle makes it clear that the Committee is interested in a lot more that manipulating the temperature of planet earth: “The Congressional Action Plan for a Clean Energy Economy and a Healthy, Resilient and Just America.”

Turns out that the “climate crisis” is not just about the climate, but is also the root cause of just about everything that is wrong or will go wrong in America. This being the case, one can justify just about any action, in any sector of society, so long as it’s framed in such a way so as to appear to be another weapon with which to battle "climate change."

The result is a plan that calls for massive expansion of federal power and programs in virtually every sector of the economy, with trillions of dollars worth of goodies to pass around to favored beneficiaries. But not to worry, every dollar spent is really an investment sure to return profits a hundredfold thanks to the cutting edge new programs to be implemented under the wise direction of that most skillful of money managers: the United States Government.

Consider, for example, antiquated concepts like city planning and zoning. The climate crisis demands federal intervention to ensure that cities are designed with “..safe and convenient access to services, including health care facilities, childcare, education and workforce training, affordable housing, food sources, banking and financial institutions, and other retail shopping establishments.” (Page 107). The Department of Transportation will take care of that, thank you very much, once Congress has expanded the DOT’s budget commensurate with its new responsibilities.

Presumably these redesigned cities will include “complete streets,” defined as a new roadway standard that will require consideration of “…all potential users, including pedestrians, bicyclists, public transit riders, children, older individuals, individuals with disabilities, motorists, and freight vehicles.” (Page 108). Federal aid will be made available, but only to recipients “meeting strong labor standards” that pay due homage to other progressive causes.

Most people agree that the nation’s transportation infrastructure is in need of attention. Many of us thought that was because a lot of it is aging, nearing the end of its useful life. Thus, repairs and replacement are required. Silly us. Turns out that infrastructure improvements are necessary because the consequences of climate change are going to put the transportation system in grave danger. (Page 114). Who knew?

The committee is very concerned about methane emissions, or at least that portion of methane emissions that originate from the oil and natural gas industries. (Page 200). According to the EPA’s latest Greenhouse Gas Inventory Report, methane emissions from oil, natural gas and petrochemical sources account for about 0.1 percent of the total U.S. greenhouse gas inventory. This is the opposite of low-hanging fruit, in other words -- unless one’s objective is to continue to demonize the fossil fuel industry. Fortunately the Committee assures us that the multi-billion dollar programs it wants to impose on the energy sector will more than pay for themselves. Odd that not one of the usually financially astute energy giants figured out the terrific return on investment associated with finding, fixing and avoiding low grade leaks.

New pipelines? Not likely to see many if the Committee has its way. They want to be sure that the Federal Energy Regulatory Commission thoroughly considers the “climate crisis” before approving new pipelines. (Page 204). Apparently upset with FERC’s unwillingness or inability to block multiple high profile pipeline projects in recent years, they want to hold the commission’s feet to the fire in the future.

Then we have a rather troubling section entitled “Invest in America’s Workers and Build a Fairer Economy”. (Page 288). Among other pronouncements we are told that: “One of the best ways to ensure that a resilient, clean energy economy is a fair economy is to strengthen workers’ right to organize a union and negotiate higher wages and better benefits.” There’s a fair bit of poorly-disguised socialism that leaks through in this section. I’ll spare readers the tedium of going through it all, but cannot help but observe that moving to socialism would indeed drastically reduce greenhouse gas emissions in the United States, since broken economies use far less energy than healthy ones. 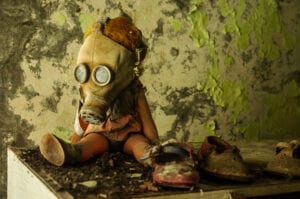 Many in industry, including this author, believe that the concept of “Environmental Justice” is a wrong-headed, bleeding-heart concept that leads to economic injustice in many poor communities that would otherwise be attractive to new project developers. Well, it turns out that addressing environmental injustice is part of the climate crisis too. (Page 300). So is expanding government-funded healthcare. (Page 313). So is government support of organic farming. (Page 347). So is government interference in the use and fate of private property. (Pages 348, 367, 369, et al ).

Serious and fair scientists studying climate change, no matter where one falls on the spectrum of opinions regarding its severity, causes and importance, know that there has been no increase in severe weather events over the past twenty-plus years. The statistic the alarmists cling to when trying to make the contrary argument regards the increase in the aggregate cost of such events over the years. The increase in costs is primarily a function of: 1) increased population density in urban areas where extreme events sometime strike, and 2) the natural effects of inflation. Normalize those two factors and it’s clear that we have had a lull in extreme weather for a very long time now.

This does not prevent the Committee from creating long and tedious sections that speak to building the “climate resilience” necessary to survive in world beset by meteorological disaster after disaster. But then what else would one expect from a document that has little to do with addressing a perceived problem, and most everything to do with perpetuating a leftist agenda in the run up to the election?