One of the features of the modern world is that as the ambitions of governments expand, their performance deteriorates, and to cope with the hostile reactions that generates, they grow increasingly tyrannical.

Initially, they divert resources from the everyday tasks of government—building roads, stopping crime, defending the country—to pursuing grand projects such as “building Europe” or “saving the world.” Over time their rhetoric catches up with their performance and they claim credit in elections for what they promise to achieve while ignoring or covering up or distracting from their failure to perform government’s essential duties, let alone their lofty ambitions, at all well.

The final stage of this rake’s progress is that they try to suppress information and even debate about the costs and failures of their most cherished policies and condemn their critics for “social” crimes like “ignoring” science or “spreading hate.” Here are a few examples, from several countries, to make the general point:

Take, first, crime. Crime figures always need some interpretation; for instance, this year U.K. statistics have been distorted by the coronavirus pandemic. In Britain there have been fewer home burglaries since the residents have been living at home most of the time. Until this year, however, there have been sharp rises in crimes of violence, including rape, and moderate rises in thefts and burglaries. 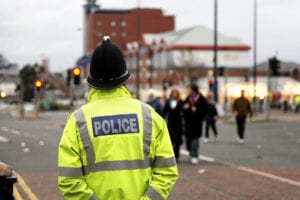 The real enemy is the citizenry.

These patterns do not seem to be reflected in increased police concern: residents increasingly complain that the police respond slowly or not at all to notifications of theft and burglary on the grounds that they are “swamped.” On the other hand the police have expanded their interventions in cases of bias expressed on the internet even when they are not crimes (in which cases they have still recorded them as bias “incidents"), and they run campaigns inviting complaints about “hate.”

In addition, legal reforms proposed—in Scotland by the Scottish government, in England by the official Law Commission—will, if enacted into law, criminalize expressions of racial and other prejudice spoken at home around the kitchen table. Earlier generations of Britons would have seen this an unacceptable intrusion of tyranny into the home in pursuit of the mirage of a multi-cultural society without tensions.

In the United States, state and city authorities in those jurisdictions with left-wing Democrat majorities have instructed their police forces not to intervene to protect people and property against attacks by left-wing mobs of social justice warriors. In Britain the police have shown a similar bias in taking the knee during “Black Lives Matter” protests and dancing in the streets with Extinction Rebellion protesters while cracking down on demonstrations against government-imposed coronavirus lockdowns.

All these things show a trashing of the impartiality of law and hint that the police and legal authorities now see their role as regulating the behavior of respectable citizens and their opinions rather than apprehending and punishing criminals.

It’s as if the real threats to freedom and democracy come from ordinary citizens using free speech and the vote to promote their opinions and interests rather than people who believe their ideas are so right and necessary that they can impose them on the rest of us—and that institutions controlled by the latter are maneuvering to find ways of skirting the law to do so.

A related idea in the sphere of economics is the Great Reset advanced by the World Economic Forum, aka Davos Man, which proposes to exploit the Coronavirus Pandemic to usher in a new age of . . .  well, of what exactly? Its proposals (or some of them) were outlined in a video  that predicts our lives will be better in almost every way except that we’ll “own nothing” but also hints heavily that we won’t be choosing this future democratically but will have to adapt to what the World Economic Forum thinks is necessary.

I remember that it asked whether or not the Davos people in the WEF would own anything like the rest of us. And if the reply came that of course they wouldn’t own anything, as I suspected, I would then ask if they would enjoy the traditional perquisites of ownership such as being able to use the property as they wished.

That kind of thing makes a difference to the abolition of private property. Communist apparatchiks and their apparatchiks did not own their dachas, etc., in the early days of social justice, which is why you discover from books such as Milovan Djilas’s New Class that they ensured their children would inherit their jobs in order to get the privileges that went with them.

And about those privileges: as a result of the Great Reset we’re told we won’t be eating much meat, or traveling very far, or keeping “billions” of migrants out of our nations or cities—the prohibition on traveling  apparently doesn’t apply to them—and that we’ll nonetheless be as happy as clams in a plastic-free sea. 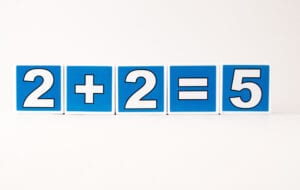 So much for the future that Davos offers you. Let’s now look at how that kind of utopianism works in practice. Earlier this week the London Times had a bold headlined story announcing that Ministers in the Tory government, notably Chancellor Rishi Sunak, were considering making people pay for using the roads. It was strong stuff:

Rishi Sunak is considering plans to charge motorists for using Britain’s roads amid concerns over a £40 billion tax shortfall created by the switch to electric cars.

A Treasury paper on a new national road pricing scheme has been presented to the chancellor. The government will announce this week that a ban on the sale of new petrol and diesel cars, which forms part of the prime minister’s ten-point plan on climate change, will be brought forward to 2030.

Downing Street wants to seize the initiative after days of damaging briefings between allies of Boris Johnson’s former adviser Dominic Cummings and his fiancée, Carrie Symonds.

Let me first indulge in a little interpretation of how an ambitious editorial writer on The Sun—a job for which Ms. Symonds once applied—might write up this story in a column. How about:

Unfair? To Ms. Symonds, undoubtedly unfair. She is a devout environmentalist, apparently an eloquent advocate, and the future Mrs. Johnson. Of course, she has some influence on Boris. But she couldn’t prevail against the Treasury, the Cabinet, all the opposition parties, the BBC, the rest of the media, and the pipes and drums of “Not an Energy Company—BP.”

Then again, she wouldn’t have to do so. They’re on her side. All of those powerful bodies have committed themselves strongly to the policy of making the British economy a net-zero carbon emissions economy by 2050 and thus also to the major step towards it (to be announced, as the Times predicted, this week) of making it illegal to purchase a car driven by the internal combustion engine after 2030.

Well, I’ll leave it there except to point out that this is merely the latest example of what happens when governments declare utopian ambitions and only consider the costs of them as they start coming in. And they have only just started coming in--see my earlier column on the costs of electrifying the whole of Britain to make it hospitable to electric cars.

Electrifying? It will make your hair stand on end.