In last week’s column I compared the energy-related policy agendas of the two men, Joe Biden and Erin O’Toole, who have been chosen to lead their parties, both in opposition, in the United States and Canada respectively. It was a task requiring at least some subtlety and fine distinctions, because both men claim to be pursuing the same goal of zero-carbon emissions by . . . well, by different dates but let’s not quibble yet.

O’Toole is the more cautious politician, and he has hedged this pledge about with more qualifications than does Biden, who in his embrace of Green policies is a purist missionary devoted to environmental virtue at any cost. Joe’s 47 years in politics haven’t exactly demonstrated this selfless devotion to principle, but it’s possible that, like President Truman, he’ll be a different man if he makes it to the White House. Anyway, let’s take the charitable view.

Besides, now that President Trump has accepted the GOP nomination for the 2020 November election, we can compare Biden with Trump directly which means we have at least to start by treating their energy-related policies at face value. Just to show that we’re not naïve, however, we’ll lay out a key reality test:

Economic growth means more energy. Growth needs more energy and it generates more energy. Sure, there are qualifications and off-sets which is why we always add the rider, “other things being equal.” And innovation can produce more growth without using more energy in those cases where an entrepreneur arranges the factors of production more efficiently. But the overall truth remains that growth and energy go together like a horse and carriage—with the horse providing the energy and the carriage representing the greater comfort and wealth of a economically prosperous society. 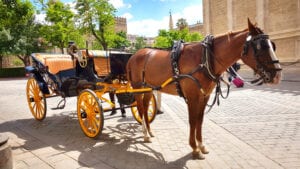 All aboard for the 21st century!

Most politicians try to confuse this truth and avoid the difficult problem it imposes on them. Since they want both to increase growth and to reduce the carbon emissions that fossil fuels generate, they have to avoid putting realistic prices on their “carbon net-zero” policies and to argue that as yet elusive technological innovations, such as carbon capture, will enable them to produce the same amounts of energy with lower carbon emissions.

Boris Johnson is a prime example of this approach since his energy policy is deep green and his signature economic policy (before the Covid-19 pandemic) was to borrow large sums on money at low interest rates in order to fuel a U.K. recovery via infrastructure spending. Nice work if you can get it, as Gershwin wrote, but there’s a car crash in the future of such a contradictory policy.

So it’s a pleasant surprise that both Trump and Biden do their best to be honest about their choice in the Growth versus Greenery debate. Trump favors a policy of encouraging economic growth above all else; so he accepts that it will require energy policies that exploit as many new ways of generating energy as possible. His motto might as well be “Let 'er rip!”

Biden makes the opposite choice. He wants to move the U.S. away from fossil fuels and towards “cleaner” energy as quickly as possible and he seems to accept that this will mean less economic growth overall even if it encourages jobs growth in specific areas. He doesn’t spell out that choice exactly, but the phrase “economic growth” is hard to find in his grand $700 billion economic program.

Of course, we already know what Trump is about because his first term was based on the policy choice of liberating energy production, de-regulating, and cutting taxes in order to hike growth. Just in case we’ve forgotten, however, his acceptance speech this week reminded the viewers of how he began four years ago:

Days after taking office . . . I approved the Keystone XL and Dakota Access Pipelines, ended the unfair and costly Paris Climate Accord, and secured, for the first time, American Energy Independence. We passed record-setting tax and regulation cuts, at a rate nobody had ever seen before. Within three short years, we built the strongest economy in the history of the world.

Over the next four years, we will make America into the Manufacturing Superpower of the World. We will expand Opportunity Zones, bring home our medical supply chains, and we will end our reliance on China once and for all. We will continue to reduce taxes and regulations at levels not seen before. We will create 10 million jobs in the next 10 months.

All that’s clear enough. But what of the environmental costs of Trump’s booming pre-Covid US economy? These should have been visible in rising carbon emissions. But, remember, that depends on “other things being equal.” In reality carbon emissions in the industrialized world—the US, the EU, and Japan—fell in the last few years because these economies were switching to cleaner fuels. And they fell faster than most in the U.S. because the “fracking revolution” in America meant that cleaner natural gas was replacing dirtier coal.

For the future, Trump is banking not only on the continued spread of fracking and its benefits but also on the likelihood that a booming economy will produce innovations that to make both renewables and fossil fuels cleaner, cheaper, and safer. 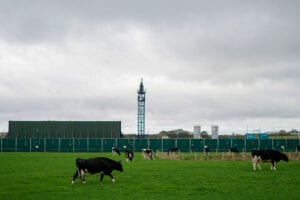 It’s a bold gamble, but so far it’s paying off.

Now, Biden makes his choice almost as clear. If you type “Joe Biden and economic growth” into Google, what you get back is this: The Biden Plan To Build a Modern Sustainable Infrastructure and an Equitable Clean Energy Future. In other words, you get an economic program that subordinates the need for economic growth to other desirable things—notably, a switch to cleaner energy.

That’s very clear in his plan’s section on what he proposes for those communities who powered the industrial revolution over centuries. He means people working in the fossil fuels industry, and his policies include “securing the benefits coal miners and their families have earned, making an unprecedented investment in coal and power plant communities, and establishing a Task Force on Coal and Power Plant Communities," etc. In other words, coal miners and perhaps other fossil fuel producers will not be part of Biden’s sustainable and equitable clean energy economy, but their workers will be economically protected.

The key elements of the Biden Plan to Build a Modern, Sustainable Infrastructure and an Equitable Clean Energy Future include:

In fact, there’ll be a Biden program costing $2 trillion that will finance both the transition from dirty to clean energy production and a large variety of other infrastructure expenditures and industrial subsidies to, for instance, the auto industry. But all economic forecasts of the costs of switching to non-fossil fuels show that it will be extremely expensive. And though two trillion dollars will finance many good things, unless there’s economic growth overall—and the Biden plan doesn’t seem to promise that—there won’t be any net additional jobs. What there will be is “jobs growth” in the industries favored by the Washington planners granting the subsidies.

So instead of Trump's policy rooted in growth and abundant cheap energy, we have a Biden policy based on cleaner energy and state industrial investments financed by . . . redistribution and tax increases.

And a very substantial overall increase in taxation at that. The Democrat candidate has so far proposed the following:

US Budget Watch, synthesizing the estimates of several other economic consultancies, suggests that the plan would increase taxes for the top 1 percent of earners by 13 to 18 percent of after-tax income; indirectly hike taxes for most other groups by 0.2 to 0.6 percent; and moderately slow the pace of economic growth by discouraging work and capital accumulation.

Biden’s gamble here is a kind of mirror image of Trump’s: he proposes to increase taxes sharply and use the proceeds to re-direct investment from existing industries to "cleaner" and more sustainable ones, leaving them to achieve higher growth and technical breakthroughs in the future. A lot of bad decisions can occur that way.

Moreover, whereas overall growth and technical innovation will be financed from the proceeds of a growing economy in Trump’s plan, much of the state finance for growth and innovation in Biden’s industrial plan is earmarked for the expensive transition to carbon neutrality, and his tax plan will leave much less for private investors to spend on inventing the future. On top of which the psychological atmosphere of an economy powered by state control and direction of investment is unlikely to inspire the kind of entrepreneurial innovation we saw in the pre-Covid Trump economy. 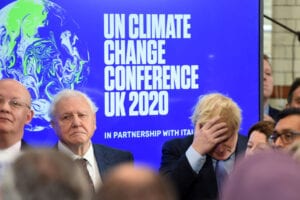 How do things look, however, when we leave the Big Picture and go micro-economic? Consider how the contenders fare on fracking, nuclear power, and renewables.

Fracking is a clear advantage for Trump who has encouraged it with deregulation and who has been helped by its contribution to reducing carbon emissions. If fracking were a flag, Trump would be waving it. On the other hand, Biden has got himself twisted into knots on the issue, having earlier promised the illogical policy of “no new fracking” under pressure from the Green lobby. Unless Biden can embrace fracking fully, his overall energy policy becomes significantly more expensive. Plus, it’s a vital jobs issue in Michigan, Pennsylvania, Ohio, and New Mexico on which hundreds of thousands of job depend.

Both Trump and Biden favor a revival of nuclear power, but Trump has an advantage there, too, because a year ago he asked his Energy Secretary to assemble a nuclear energy working group to find ways to expand the U.S. nuclear energy industry in an effort to compete globally (i.e., versus China).

Renewables should be an easy win for Biden because he’s been a champion of them (his plan depends heavily on their success), whereas Trump has been a loud skeptic about the industry. Such is the unfairness of life, however, that last year there was a surge of investment in the U.S. industry. Expect more “America First” rhetoric about renewables, therefore, from the president. That said, better news for renewables is better for Joe Biden, just not that much better.

On those micro-economic measures, therefore, Trump wins two out of three, and when they’re added to the macro-economic outlook for their plans, Trump expands his lead over Biden by a head.

Trump and Biden are both to be congratulated on giving us a generally clear idea of how they would govern economically and especially on energy policy. It’s not a K.O, for either.

But on the evidence so far, High Carb Donald has it over Low Energy Joe.