I love when life just works out as it should. I’m meeting Daddy in Copenhagen where he’s chairing a big (and important) meeting on best practices for oil exploration and extraction in the region.  It seems Denmark's issued a moratorium on new permits for fracking but is still honoring the ones they’ve already issued, and which I assume includes his company.

This trip should be so much fun, it reminds me of when I was a little girl—Judith and I would tag along and I’d go to the lobby and drink cocoa on my own.  Mummy never joins these days, but the reason I got to join is Daddy’s aide is afraid to travel under “the dreaded Covid”.

We (of course) had to arrive three days in advance and receive special dispensation which we were able to do as he’s conducting necessary business. And of course we flew private… Daddy from London City Centre and I caught a ride with my friend Anna, whom I know from dressage, when she represented the Danish national team and I from Britain of course. 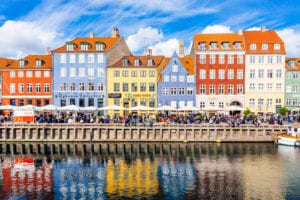 All this and Covid-19 tests too!

Along with Anna… I got a CV test three days prior to leaving Lyford in the Bahamas, and one on the day we left, and just for fun (not!) we did them again on the plane as a courtesy to her purser or something, and then filled out forms upon forms. I felt as though I’d already completed a project when I arrived… prepared to impress even the sternest immigration official only to find no one had the least interest.

We simply stepped off the plane, cars pulled up, and in minutes... each of us going in different directions. Gosh. Anna was craving something called a shooting star sandwich—something “divine” she said, with fish and shrimp and caviar— kissed me on the cheek,  and away she went. I was the last to find my driver who held a sign “Mrs. Kennedy”. Somewhat flustered I answered, “Yes.” Did he think my father was in possession of a rather young new wife? Apparently.

In a few minutes I arrived at the Hotel D’Angleterre, not because we're English but because it’s the place where Daddy's conference is, and well… where else would one stay in Copenhagen? I mean, for Copenhagen it’s basically Annabels and The Connaught and The Ledbury all in one. I found Daddy in the bar and not up in his room under quarantine at all.

The testing did release us from quarantine, as did the special dispensation but that didn’t stop the hotel from reading us guidelines which apparently state… if we were to quarantine we were expected to stay within the hotel -- meaning in the heart of all the action.  I couldn’t believe I’d had my nose probed three times for nothing.  Daddy suggested I not look so shocked and order some lunch. 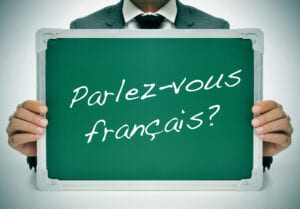 I overheard a conversation in French. Clearly they recognized my father and clearly didn’t imagine I could understand them. I motioned with my eyes and said,

“That table over there is talking about you.”

“Just when we think we can underestimate the French” he replied.

“I’m serious.” I insisted, “they seem to oppose all future drilling in Denmark.”

“Ah well, they are in the majority. So very un-French of them.” Typical Daddy.

“Should I try to listen?” I continued.

“I don’t think so. We’ve already concluded they are French.” he said.

I started into my yellow lentil soup and asked if he was familiar with a shooting star sandwich.

“Delicious, but a damned waste of good caviar” was all he had to say.

I looked through his papers for the schedule, and so that I could figure out when to meet Anna.  “I have to ask…” I said. "Denmark seems to be on track to being free from using fossil fuels by 2050 and hopes to make Copenhagen a carbon-neutral city…why promote exploration here?”

“Well I hope I’m not in the business of promotion as you put it, but there is drilling and fracking and not everyone wishes to put all of their eggs in one basket. Even if the DEA does.”

“Meaning…there is still money to be made, contracts to be honoured, and it’s a fantasy to believe they can eliminate fossil fuel consumption in such a short time. AND…you are meant to be here to help me!”

Yes, of course, Daddy” I said, “I just want to understand if you are working against my beloved planet and if so…how much—it’s just for me to know.”

“Yes of course.” he said. "And how was your trip to the modest Cay in the Bahamas anyway?”

“Air-conditioned” I said knowing I’d been beaten and changed the subject. “So…on some future day… if I take my vitamins and live long enough… what must we overcome to achieve a carbon-neutral Copenhagen in my lifetime?”

“Well, for starters, offshore wind is lagging well behind the oil and gas industry in safety. They had several hundred high-potential incidents—only luck prevented a fatality and risks are growing as this ‘independence’ madness pushes the boundaries.”

“NO. The danger is that too high winds can cause turbines to topple, and of course, hurricanes and cable failures are always a problem, but it’s really the fossil independence MADNESS, creating the danger, pushing them to go deeper into the ocean, cut corners, cut costs…”

“Twenty-two million a year. I just didn’t want to mention it since our eavesdropping friends are having… LE POULET!” Daddy did a quick turn of his head and it broke their gaze. So busted. “…but the independence we should be talking about is Greenland. They want independence from Denmark, Lord knows why, but it seems to be a trait of the Inuit wherever they go. When we find the sweet spot in Greenland, and find it we will...there are going to be some very independent Inuit for the first time in history. It's just a matter of how much resource we put into Greenland and how soon. It's easy to make them wait when other areas of the world are currently more profitable." 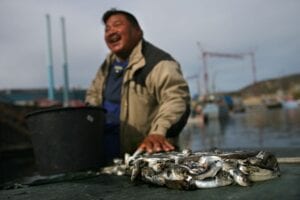 It's all for the Inuits.

“Aha!” I said, “So partially we are here for Greenland?”

“And are these the same Inuit as in Canada?”

“So as I understand, the offshore industry has only thrived due to people like me… who want a green planet, not because renewables are more economically viable.”

“That is correct," he said.

“So if an initiative is sufficient grounds to pursue a form of energy...why couldn’t a different initiative...a humanitarian initiative, launched to help the Inuit thrive—be a reason to conduct even more drilling in Greenland?”

“Well…that’s an excellent question,” he said after some consideration. "And one I’ll ask you not to bring up at my conference, but you may well have earned your lunch my dear.”

Ha! Bravo me. But since I'm ahead, probably best not to tell him I'm on my way to the Great Reset later this month in Davos...