No sooner does California move to ban the sale of gasoline-powered cars by 2035 and force everyone to buy electric cars than it announces, oh by the way, please don’t charge your electric cars last weekend because we’re going to be short of power as three-digit temperatures strain the grid. And turn your thermostats up to 78 while you’re at it.

Perhaps California will have figured out a way of expanding its carbon-free electricity sources and grid capacity in the next decade, and the recent week’s lopsided vote in the state legislature to keep open its Diablo Canyon nuclear power plant, which supplies nearly 10 percent of California total electricity at present, is a sign that energy reality is starting to intrude. But even if the dreams of a “carbon-free” California somehow come true over the next two decades, the electric car diktat represents a stark new moment in our green madness. 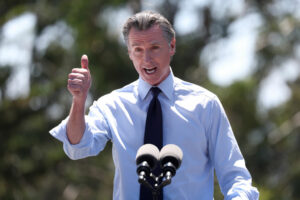 Never mind that the electric car mandate was promulgated not by the elected state legislature, but by the eco-crats at the California Air Resources Board (CARB), representing yet another example of the administrative state in action. And never mind that the lifecycle environmental impacts (including carbon emissions) of the vast supply-chain for electric cars and their material-intensive batteries are nearly as large as conventional hydrocarbon vehicle. The strangest aspect of the scene is that the biggest enthusiasts for the electric car mandate are America’s auto manufacturers.

Barron’s magazine reported last month: The Biggest Fans of California’s No-Gas Policy? Ford and GM. “General Motors and California have a shared vision of an all-electric future,” said GM’s spokesperson Elizabeth Winter. “We’re proud of our partnership with California,” Ford’s “chief sustainability officer,” Bob Holycross, said in a statement. In Detroit-speak, “partnership” is today’s patois for “take orders from the government.” It was fashionable after the automakers were bailed out in 2009 to refer to GM as “Government Motors,” but today the label truly fits. The political takeover of the auto industry, long in the making, is now complete.

One way to perceive this slow-motion takeover more clearly is to ask why cars from every automaker now look the same. Most cars models now are squat, with teardrop-shaped bodies, nearly interchangeable with models from other manufacturers. Even high-end SUVs like the Ford Explorer or Range Rover are shorter and rounder than their predecessor models of just a few years ago. This is likely not a response to changing taste in car buyers, like tail fins in the late 1950s. A primary driver of current design are aerodynamic requirements to help meet the government-mandated fleet fuel-economy standards that have been slowly ratcheted up over the last decade.

Some years ago I met in Washington with senior executives from one of the big-three Detroit automakers to talk about energy and environmental policy, and how it affected their industry. They said that their single biggest problem in planning for the future was less the uncertainty of government regulation than wildly fluctuating gasoline prices. If car makers could predict what gasoline prices would be over the next decade, they’d know what kind of cars to build. When gas prices are low, consumers like SUVs; when gas prices are high, they shift on a dime to smaller, higher mileage cars. Car companies may see a shift to an all-electric car fleet as a means to ending the boom-and-bust cycle that has afflicted the industry for decades. Never mind that electricity rates are likely to become more volatile as we “green” the supply, as Europe is learning to its chagrin right now. And Californians already pay twice as much for electricity as the national average. 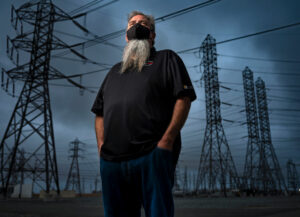 Beyond the final submission of the auto companies to our green commissars, there are a number of other ways California’s electric car mandate represents a step increase in the ambition of the climate crusaders. California has long enjoyed the privilege under federal law of setting its own tailpipe emissions standards for autos sold in the state that were tougher than national standards (a power the Trump Administration sought to curtail—and a lawsuit remains in process). Because auto makers didn’t want to manufacture two different kinds of cars (or surrender the California market), the California standard effectively became the national standard.

As it did with emissions standards, California likely thinks it can strong-arm other states or Congress to adopt its electric-car mandate. Texas (among other states) might have something to say about that. And what if car companies and consumers don’t go along with this extravagant target? The New York Times reported a crucial caveat:

To enforce its rule . . . California would fine automakers up to $20,000 for every car that falls short of production targets. The state also could propose new amendments revising the sales targets if the market doesn’t react as state leaders hope, said Jennifer Gress, who leads the California air board’s sustainable transportation division. [Emphasis added.] 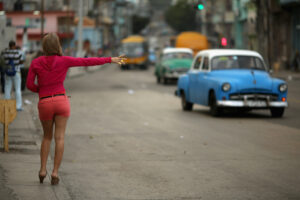 That language about “amendments” is the Emily Litella “never mind” clause. It has happened before. In a prequel to the current madness, in the early 1990s California tried to mandate that 5 percent of all new cars sold by the year 2001 be emission-free, which meant electric cars in practice. GM publicized lots of happy talk about its EV-1, a crappy electric car that cost six-figures (though it was “leased” at an implied purchase price of about $35,000), had a pathetically short range (50 miles on a good day), and took several hours to recharge. Not long before the mandate was set to take effect, it was quietly abandoned.

Electric cars have gotten much better in recent years, but in a state where lots of drivers travel well beyond the range of an electric vehicle every day, EVs still won’t meet the needs of a large number of Californians—never mind citizens of rural states that need vehicles that can run all day long. Look for history to repeat itself with the California EV mandate.