Between now and October 31,  connoisseurs of political embarrassment will be licking their lips and looking forward to a veritable feast as the British government prepares to host the 2021 U.N. Climate Change conference in Glasgow (or COP26 in bureaucratese.) Their enjoyment may be even more thrilling in the twelve days following the end of October when the conference wends its slow way through a vast program of policy pledges to keep the global mean temperature to within a 1.5 degree increase above its pre-industrial level—and, more enticingly, another vaster program of how to make the pledges reality

You might say: “So what’s new?” These pledges have been made time and again in the years since the climate change game was launched in Rio de Janeiro in the early 1990s. After all, this is the 26th U.N. climate change conference, and the other 25 were about exactly the same topic. Even though one or two of them were pronounced failures—for instance, the Copenhagen Summit conference in 2009—most ended with mutual congratulations and “doubles all round.” But these pledges have not been redeemed by actions. As the latest report of the U.N.’s Inter-governmental Panel on Climate Change (IPCC) is expected to argue, the effects of climate change have continued to worsen. 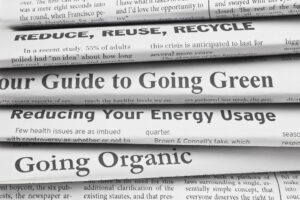 Boris Johnson’s “Conservative” government, in addition to hosting the conference, governs the nation that has made the boldest promises to cut emissions. To be fair, it has so far lived up to these promises better than most (though some U.K. emissions have been “exported” to other countries which now emit on behalf of U.K. corporations that make carbon-heavy investments abroad and sell the products back in the U.K. And Boris had hoped to bask in a green spotlight on a U.N. stage in Glasgow as the man leading Britain and the world into the broad carbon-free sunlit uplands of which legend speaks.

That is now looking less likely.

There’s always been a logical gap in the green case for a full-scale policy of Net Zero carbon emissions by 2050. Policy-makers simplistically assumed that if too many carbon emissions were the problem, then the solution must be requiring fewer carbon emissions—an approach known as mitigation. Simple, neat, an obvious solution.

But there’s more to solving problems than simply reversing their cause. Here are two alternatives to mitigation:

People adapt to risks and dangers as follows. They try to establish which solution is the least costly and most effective one, and having done that, they then ask if that solution is less costly and more habitable than living with the problem, here rising emissions.

And that’s the big problem. The costs of mitigation—Net-Zero carbon emissions by 2050—are enormous both financially and in terms of reduced lifestyles (eating less meat, no flying, higher electricity prices, switching to costlier and less efficient home heating, etc., etc.) They are certain to be deeply and unavoidably unpopular; voters rarely vote to make themselves poorer in democratic elections. It’s the classical problem of an irresistible force meeting an immovable object. How did it happen? 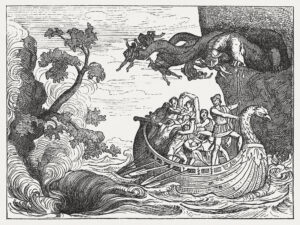 Policy-makers committed themselves to arranging a clash between the voters and international treaties, and they did so quite deliberately. They calculated they would get rewards for green virtue at the time, but that later when the clash came, they could plead that their hands were tied by “legally-binding” obligations. No worries. The voters would swallow it.

But now the witching hour has arrived, and at a most inconvenient moment. With less than two months to go before the Greenbeanfeast in Glasgow, governments are beginning to reject the obligations they had imposed upon themselves and the voters when they saw the price tag electorally.

Two such inevitable betrayals of the global “consensus” on Net Zero occurred in the last ten days. Internationally, a meeting of G20 energy and environmental ministers failed to agree a date on which they would phase out the use of coal—not surprisingly, since coal is the original source of most of the electricity that is supposed to replace it. Without such a universal pledge, however, the COP26 conference will not be able to achieve the promised agreement on limiting global warming to 1.5C as even the U.K. minister responsible for the policy conceded. Such an agreement, said Alok Sharma, would now be “extremely difficult.”

Nor will Boris Johnson be able to shuffle the responsibility for this ecological backsliding onto the G20. In the same two-week period, Whitehall leaked the story that the government would probably push back the regulation banning the sale of gas boilers and heaters from 2035 to 2040. Hydrogen boilers and air-source heat pumps cost £14,000 and £11,000 more than the gas boilers they will be mandated to replace. Which means that some gas boilers would still be in use in 2050. That would itself a serious setback for Britain’s Net-Zero promises and for Boris personally on the eve of COP26.

And it is unlikely to be the last retreat. As the U.K. media speculated:

It comes amid a mounting backlash over the spiralling cost of Mr Johnson's so-called green revolution, with Government insiders fearful that the proposals could add another £400billion on top of the enormous sums accrued during the Covid pandemic.

As Hamlet points out, moreover, when troubles come, they come not in single spies but in battalions. To add to the government’s troubles in this matter, Mr Johnson’s Downing Street press spokesman, Allegra Stratton, upon being asked by The Independent what ordinary citizens could do to prevent global warming, she suggested first that they might put their dirty dishes into the dishwasher without rinsing them first, and then upon more mature consideration, she added:

Understandably, that was too tempting for a Green party leader, Jonathan Bartley, to ignore. He welcomed Stratton's comments and told The Independent:

After decades of inaction from both the Conservatives and Labour, we would absolutely agree with the government that joining the Green Party is the best thing people can do to help tackle climate change. As we witness the Conservatives waste time talking about loading dishwashers and fantasy projects such as Jet Zero [Mr. Johnson’s prediction of carbon-free airlines], it is reassuring to see that they do understand it is only the Greens who can bring about the real change that is needed if we are to prevent climate catastrophe.

And the sad point is that Mr Bartley is quite right. Anyone who wants to pursue the unachievable target of Net-Zero by 2050, destroying the U.K. economy after it has finally recovered from Covid-19, would be well advised to vote for an amiable fanatic like Mr Bartley rather than for an impulsive risk-taker like Boris Johnson who ultimately has the commonsense and self-interest to pull out of crash dive before it hits the environment. Because if he doesn’t yet know it, Boris hasn’t got an ejector seat on this particular voyage.