The question “How do we get the federal government under control?” has gained added urgency as the political establishment has usurped enormous and authoritarian power via this virus and its responses to it. This is the wrong question.

We concern ourselves with lockdown-driven suicides, spouse and child abuse, drug overdoses and soon to be another year of our children not being educated. Why? Because we are asking the above question – which is unanswerable – rather than understanding that the federal government has no direct interest in the pathologies it has created. These are State issues, community issues, family issues.

Solutions – easy, proven, available solutions to the failures of the establishment regarding Covid-19 exist. These solutions follow precedents of Blue nanny states now demanding that non-Democrat voters be put under the thumb of their political establishments.

The recently-published WSJ report on ivermectin, along with other studies published by NIH and the facts on the ground, show that this FDA-approved, proven, inexpensive, widely-available drug destroys Covid19 rapidly across the entire body. 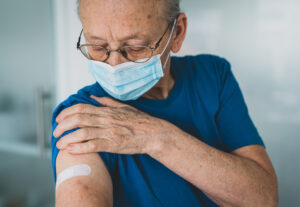 Whatever happened to "first, do no harm"?

Contrast this with recently-published German study that a man (old and with comorbidities, but without Covid) was admitted to the hospital 18 days after receiving an mRNA vaccine, and (after the hospital took a play from Governor Cuomo’s playbook and rolled-in an infected roommate) got Covid and died on day 25 post-vaccine, and the virus – against which he had been vaccinated – had infested every organ in his body but his liver.

Couple these two pieces of information with the recently-leaked  AstraZeneca internal study of the efficacy of its own vaccine in six countries in Europe (France, Germany, Austria, the UK, Norway, Italy). AstraZeneca (“AstraZeneca confirms that it authored the document. This information was not intended for public release”) is finding an average kill-rate of the Pfizer “vaccine” across these six countries to be 53 per million vaccinated. The AstraZeneca study also shows that AstraZeneca’s mRNA “vaccine” kills at a third of this rate.

The average kill rate of Pfizer’s mRNA vaccine, according to AstraZeneca’s own study, is 53.1 per million jabbed across these countries. For AstraZeneca’s, 18 per million jabbed. As of 30 July 2021, 344 million jabs have been given in the US. If half of those were Pfizer and half were AstraZeneca, AstraZeneca’s own numbers, extrapolated to the American population would indicate 9,207 deaths from the Pfizer vaccine and 3,067 from AstraZeneca: 12,000 Americans. If one factors-in J&J, the Pfizer and AstraZeneca kill rates per million remain: the kills are fewer across a minimally-smaller jabbed population, but the point is the same: These mRNA vaccines are killing tens of thousands around the globe – randomly – and the manufacturers of them know it.

Which means the feds know it, too. 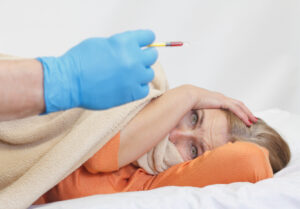 You probably be fine. Maybe.

The final piece: The federal government is considering that all federal employees must be vaccinated. Many states are issuing directives. Many colleges and universities and major corporations are directing their students and employees:  vax or you’re out.

That’s the problem. So why is asking how to control the feds the wrong question?

The fact is that the feds have no authority to mandate masks or drugs. But the states do. The states also have the authority to reject mandates the federal government is not empowered to make, as has been shown by governors DeSantis and Noem regarding lockdowns, masking, etc.

It is time to address the right question: What can states do to protect their citizens? After all, isn’t protecting our citizens and their families the priority here?

Skip all the nonsense around masks and when St. Anthony of Fauci said that the “vaccine” meets no current definition of a vaccine (it doesn’t prevent infection, doesn’t provide lasting immunity, doesn’t prevent spreading), nothing is stopping individual states from buying and creating a supply of ivermectin for their citizens. Nothing.

Governors Noem and DeSantis seem to have the cojones to keep their citizens safe. Given the global reaction to the mRNA vaccines and the political and corporate establishment’s demand that we all inject ourselves with a drug currently killing tens of thousands, creating a state supply of working, proven, FDA-approved, non-experimental drugs that KILL Covid, rather than people, well..

Rather than mandating drugs that DO NOT attack the virus but may kill you – governors providing to the citizens of their states drugs that do work to kill – and to stop – this virus – seems a logical, inexpensive, fast way forward out of this pandemic. And keeps the pathologically power-mad authoritarians in DC away from our citizens.

People wouldn’t be moving out of Blue nanny-states just for job opportunities, affordable housing, lower taxes, higher quality of life, fewer interactions with gangs, avoidance of BLM-OFA-Antifa rioting that has become a feature of Blue Metros.

They’d be moving to save their lives and those of their families.