The Anglican Church in Australia is part of the worldwide Anglican Communion. As, among others, is the Episcopal Church in the United States, the Anglican Church in Canada, and the Church of England. Today’s establishment Anglicans have a well-earned reputation for being on the woke side of things and also on the side, it appears, of the Bible being a living document. À la liberal Justices and the U.S. Constitution. Hence the establishment of the breakaway Anglican Communion GAFCON (the Global Anglican Futures Conference) in 2008, triggered by the consecration of an openly-gay man as a bishop in the U.S. Episcopal Church.

GAFCON views the Bible as textualists-cum-originalists view the U.S. Constitution. They think that when Jesus said something he meant it and that the words he used accurately reflect that meaning. On the other side, the established Church thinks there’s indulgent wriggle room, shaped by ever-evolving fashion.

The Australian-wide Anglican Synod met in May earlier this year. To cut to the chase, the House of Bishops voted 12 to 10 against a motion to affirm that marriage was between a man and a woman. Others from the clergy and laity voted in favour; still a substantial number of them voted against. Strange business indeed, when the Bible as a whole and Jesus in particular are definitive on the matter. Unless, that is, Jesus and St Paul didn’t really mean what they said. C’mon love is love, ain’t it? 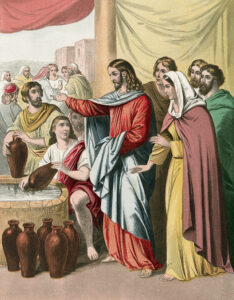 Who said anything about a man and a woman?

Subsequently, in August, a group of Australian clergies under the auspices of GAFCON established a new breakaway diocese. Passions run deep and those behind the new diocese have come in for vitriolic criticism from some of those who’d prefer to keep the Church intact, even at the cost of heresy. But, hold it there. There’s heresy and then there’s heresy. Offences against God and offences against the IPCC. Never let it be said that Anglicans fall victim to the latter.

While the Australian Anglican Synod found it possible to spurn the eternal Biblical truths uttered by Jesus Christ; they paid homage to the pronouncements of Hoesung Lee, the current chair of the Intergovernmental Panel on Climate Change. Not that they acknowledged him personally, simply his gospel. From Southern Cross magazine:

The Synod lamented the suffering already being endured across the world by communities facing drought, water insufficiency, loss of arable lands, destructive fire events, cyclones, floods and rising sea levels, and the increasing challenges caused by rising global temperatures, air pollution, and loss of biodiversity, which will be borne disproportionately by the poorest of the world’s poor. [And] called on the Australian Government, the community and all people of faith to support Pacific and Aboriginal and Torres Strait Islander communities in their call for urgent reductions in emissions of greenhouse gasses.

There is no record of anyone disagreeing with this motion, “calling for action on climate change.” You would be considered unsound, distinctly odd, if you did, I suspect. Yet, the motion is mostly based on lies. Biblical truths rejected; alarmist environmental lies accepted. That’s where Anglican Christians are at a leadership level In Australia. Swapping Biblical truths for climate-cult idolatry. Idolatry is not a new phenomenon. It’s happened before. Moses had to deal with it. 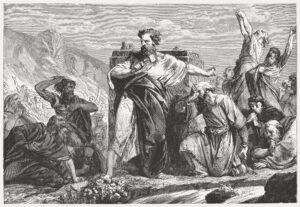 If churchmen would only look, there is no compelling evidence that the unproven hypothesis of man-made climate change has had any influence at all on extreme weather events or, in fact, that extreme weather events are becoming more frequent or intense. Yes, there are plenty of tendentious predictions. Matched by previous predictions falling embarrassingly wide of the mark. Michael Schellenberger (Apocalypse Never) quotes Roger Pielke Jr.

There is scant evidence that hurricanes, floods, tornadoes or droughts have become more frequent or intense in the U.S. or globally… In fact, we are in an era of good weather when it comes to extreme weather.

On fires, Schellenberger cites a discussion with Jon Keeley.

We’ve looked at the history of climate and fire throughout the whole state [California]… we don’t see any relationship between past climates and the amount of area burned in any given year.

Australian bushfires in 2019-2020 made the news worldwide. Got Hollywood stars agitated. Yet, as Bjorn Lomborg says in an interview dispelling climate-related myths, the land area burnt at 4 percent was in the lower range when compared with other major bushfires since 1900. Incidentally, he also covers the well-known facts that Pacific atoll islands are on the whole increasing in size not sinking and, confounding Al Gore, that the number of polar bears has trended upwards. Well-known facts, that is, among those interested in facts rather than in giving currency to myths; like, to its shame, the Anglican Church.

As a churchgoer, I find difficult to accept the mindless unanimity on a keenly contested issue. Have Christian church leaders read anything from Schellenberger, from Lomborg (False Alarm), Steven Koonin (Unsettled), John Christie, Roy Spencer, Richard Lindzen, William Happer, Patrick Moore, Joanne Nova (The Skeptic’s Handbook) and many others outside of the IPCC group-think fraternity? I think not. Galling too is the reference by the Australian Synod to the poorest of the world’s poor suffering. Too true they’ll suffer. Not because of climate change but because of the reckless and cruel abandonment of affordable power in the name of climate change. 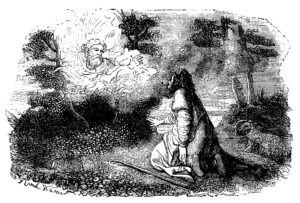 Christian churches across all denominations have become strident on climate change. My generous take on the Pope’s climate encyclical Laudato Si’ issued in May 2015 springs readily to (my) mind. Good intentioned? Maybe. But, whatever the motivation, they’re stooges for the mercenary rent-seeking climate lobby. What of pensioners freezing, children in the Congo and in China digging for cobalt and lithium to power fancy EVs. Collateral damage for the greater good?

Truth is central to Christianity. Sometimes it’s hard to find. But there’s definitely a Christian duty to search for it and avoid gullibly falling into line with fashion, whether that takes the form of subversively redefining marriage or of swallowing the codswallop of catastrophic climate change. And I’d add that some things are within the bailiwick of the Church, such as marriage, and some like "climate change" are not core business. Best to leave declarations on the latter things alone. As I once said to a former Anglican minister of mine when leaving church, after he’d part sermonised on climate matters. “I can’t find anything that Moses or Jesus said about global warming.”