The International Energy Agency concludes after study that the Biden notion of spending trillions of dollars to speed up the transition from fossil fuels to green energy” is unworkable. In a 287 page tract  which analyzes scores of data  it notes that the plan relies on mining industries and infrastructure for “energy transition minerals”(ETMs) which do not exist:

The IEA finds that with a global energy transition like the one President Biden envisions, demand for key minerals such as lithium, graphite, nickel and rare-earth metals would explode, rising by 4,200%, 2,500%, 1,900% and 700%, respectively, by 2040.

Not only are these industries and technologies non-existent, but the lavishly funded proposed transition  provides nothing to fund and build them.

Worse news for those believing this transition will provide environmental benefits, “the world would face daunting environmental, economic and social challenges, along with geopolitical risks” if it proceeds with this plan, which in any event would, as the IEA notes  would take years from discovery of the minerals to production. Even if we started tomorrow, new ETM production would only take place after 2035 and certainly makes nonsensical the goal of 100% carbon-free electricity by that date.

Here are some of the environmental consequences of  the necessary considerable  increase in mining ETMs:

And then there are the costs. The report observes that such a sharp increase in demand for ETMs will substantially drive up commodity prices with deleterious effects throughout the global economy.

When it comes to batteries, the IEA notes this could ‘eat up’ the anticipated reductions in manufacturing costs expected from the ‘learning effects’ of increased production. It’s an outcome that runs counter to the narrative of inevitably cheaper green-energy machines over time. 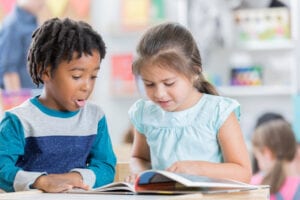 This is not the first or only time that great (energy) notions seem to have been written by kindergarteners in crayon on butcher paper. I remember distinctly the idea that solar panels were the thing to reduce use of electricity and improve the environment, without taking into consideration the substantial use of energy and resources involved in creating glass and aluminum or the environmental damage in their creation. Aluminum, last time I looked, is one of the most energy-intensive materials to produce, one of  the largest consumer of energy on a per-weight basis,  and one of the largest contributors to carbon dioxide emissions (CO2), and the largest electric energy consumer of all industries.

Even the production of photovoltaic panels themselves involves substantial environmental risk, a risk amplified by the poor oversight and controls in countries where most are produced. And the panel production requires a great deal of water and carbon based energy:

Places that depend largely on coal have the most carbon-intense electricity in the world: Chinese electricity is a good example, having roughly twice the carbon intensity of U.S. electricity. This fits with the results of researchers in Illinois at Argonne National Laboratory and Northwestern University. In a report published this past June, they found that the carbon footprint of photovoltaic panels made in China is indeed about double that of those manufactured in Europe.

It’s hard to tell whether the IEA’s considered analysis of the costs and infeasibility of the Biden energy plan will throw some cold water on it, but if there’s any intelligence left in Congress or the White House, it should.