What’s a g,reenhouse gas and who and how can regulate it? The Supreme Court has agreed to decide whether the Environmental Protection Agency has the authority to regulate greenhouse gases in a quartet of appeals from the U.S. Court of Appeals for the District of Columbia. Their decision could spell the end of the administrative agencies' hitherto unbounded, extra-legal ability to "regulate" U.S. business.

The matter begins with then-President Obama’s  Clean Power Plan of 2015. That plan established guidelines for states to limit carbon dioxide emissions.  The essential features of the plan, which was designed to boost renewable energy sources in place of fossil-fuel generated power, set standards to reduce CO2 emissions by 32 percent from 2005 levels by the year 2030. It required each state to submit plans to the EPA for reaching those goals and gave them until 2022 to comply with the approved plans. This grand plan was short-lived. Two years later under President Trump the head of the EPA proposed a rule repealing the plan Subsequently, after a review, the EPA did repeal the Plan. 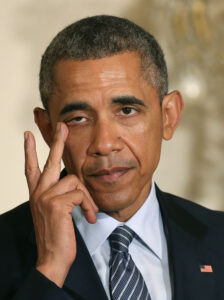 Administration action was not the sole block to enforcement of the Plan --  industry groups and twenty-seven states filed legal challenges to the Obama plan:

because the E.P.A. assumed utilities could reduce emissions at individual plants by taking actions outside of those plants — say, by replacing coal plants with wind farms elsewhere. Industry groups and more than two dozen states challenged this move in court, arguing that the EPA can look only at cleanup measures that can be undertaken at the plants themselves.

The states argued that the Clean Air Act under which the EPA was acting never gave the agency the power to regulate CO2 emissions and the Supreme Court held enforcement of the plan in abeyance until the court challenges could be resolved.

It's unprecedented for the Supreme Court to step in and block a federal regulation like this, before review by an appeals court. None of the justices gave any explanation for the move. The justices voting to block the rule were Roberts, Alito, Scalia, Thomas, and Kennedy.

In January of this year after lengthy hearings on the issue the U.S.  Court of Appeals for the District of Columbia struck down the effort to repeal the Obama emissions plan. That Court remanded the matter to the EPA to craft regulations on power plant CO2 emissions.

The Court noted that the Clean Air Act grants the federal agencies the power to regulate air pollution. Significantly, however, the Court did not direct the EPA to readopt the Obama plan that Trump had repealed. That means EPA has to start over, and the latest  Supreme Court action means the EPA cannot even begin the process until sometime in the middle or late 2022 after the Court decides the case it just decided to hear. So none of the EPA regulations in this area are operable now. To me, it’s a stretch  to consider CO2 a pollutant. Nevertheless, as the D.C. Court observes in its opinion the Supreme Court has held that CO2 is a pollutant:

It was not until the Supreme Court’s 2007 decision in Massachusetts v. EPA, however, that the Court confirmed that carbon dioxide and other greenhouse gas emissions constituted “air pollutant[s]” covered by the Clean Air Act. The Supreme Court explained that the Clean Air Act’s “sweeping definition of ‘air pollutant’ includes ‘any air pollution agent or combination of such agents, including any physical, chemical . . . substance or matter which is emitted into or otherwise enters the ambient air...'  On its face, the definition embraces all airborne compounds of whatever stripe, and underscores that intent through the repeated use of the word ‘any.’ Given that statutory command, the Supreme Court ruled that the EPA “can avoid taking further action” to regulate such pollution “only if it determines that greenhouse gases do not contribute to climate change” or offers some reasonable explanation for not resolving that question. 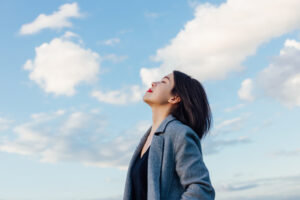 You can practically smell the absence of CO2.

At no point to my knowledge has Congress held that it considers C02 a pollutant. The closest statutory language I can find is in the 1987  Global Climate Protection Act which found that “manmade pollution[,]” including “the release of carbon dioxide... may be producing a long-term and substantial increase in the average temperature on Earth[.]”

The  four cases which are joined in the matter  in which the Supreme Court just granted certiorari  cover a variety of related issues including the scope of the Clean Air Act  whether regulations must be based on existing technologies and methods at existing sources (that is, individual plants) and not industry-wide ones, and whether  the EPA usurped state regulatory powers.

In 42 U.S.C. § 7411(d), an ancillary provision of the Clean Air Act, did Congress constitutionally authorize the Environmental Protection Agency to issue significant rules—including those capable of reshaping the nation's electricity grids and unilaterally decarbonizing virtually any sector of the economy—without any limits on what the agency can require so long as it considers cost, non-air impacts, and energy requirements?

Whether 42 U.S.C. § 7411(d), which authorizes the EPA to impose standards "for any existing source" based on limits "achievable through the application of the best system of emission reduction" that has been "adequately demonstrated," grants the EPA authority not only to impose standards based on technology and methods that can be applied at and achieved by that existing source, but also allows the agency to develop industry-wide systems such as cap-and-trade regimes.

Whether 42 U.S.C. § 7411(d) clearly authorizes EPA to decide such matters of vast economic and political significance as whether and how to restructure the nation's energy system... Can EPA promulgate regulations for existing stationary sources that require States to apply binding nationwide "performance standards" at a generation-sector-wide level, instead of at the individual source level, and can those regulations deprive States of all implementation and decision making power in creating their Section 111(d) plans?

Can EPA promulgate regulations for existing stationary sources that require States to apply binding nationwide "performance standards" at a generation-sector-wide level, instead of at the individual source level, and can those regulations deprive States of all implementation and decision making power in creating their Section 111(d) plans?

Professor Jonathan Adler offers up the most valuable of the commentaries on these matters I can find.

This case could be tremendously significant beyond the question of the EPA's regulation of greenhouse gases because (as detailed below) the questions presented encompass both the immediate question of what authority the EPA has under Section 7411 of the Clean Air Act, but also the broader question of how prescriptive Congress must be when delegating broad regulatory authority to federal agencies. This gives the Court room to refine and expand the "major questions" doctrine (as I have suggested it might want to do), as well as to perhaps identify some of the outer limits on delegation more generally. 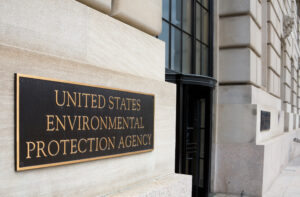 It’s peculiar, as Adler also observes, that the Court took up the case now as the Biden Administration has not even proposed its own regulations. Four of the justices had to agree to hear theses cases for the writ of certiorari to be granted. To Adler, and me, the fact that at least four justices are concerned about the broad grant of administrative power to the EPA hints at some effort to require Congress to be more “prescriptive” to regulatory authority to administrative agencies. Perhaps the days of Congress leaving to the executive branch to fill in broad empty provisions in legislation will be coming to an end. Perhaps , as well, the Court is rethinking its decision in Massachusetts vs. EPA on CO2 emissions as pollutants.

However, this case is resolved -- and I dare not predict these days -- it will have far reaching implications for environmental law. As well, it may set new boundaries on the interactions between Congress and the executive branch and whether the administrative agencies’ powers, so long given very broad reach, will be clipped and Congress forced to exercise its constitutional responsibilities.