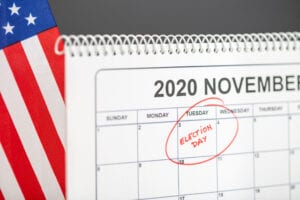 Pennsylvania might be the most hotly contested state in this presidential election, and with good reason. Our fifth most populous state, Pennsylvania is home to two big cities -- Philadelphia and Pittsburgh -- that are flush with the affluent and the underclasses who serve them -- both key Democratic constituencies -- while the rest of the state is dominated by rural, working class voters, who are much more conservatively inclined even when their actual voting patterns are harder to predict.

Republicans have long felt that this second cohort were their natural allies. In the 1980s they were often called Reagan Democrats, and the GOP was convinced that eventually they would come to their senses and become reliable Republicans. But, despite their best efforts, every Democratic candidate from Bill Clinton in 1992 through Barrack Obama in 2012 carried the Keystone State.

That changed in 2016, when rural Pennsylvanians found in Donald Trump a candidate who spoke to their interests and preferences. He won the state by 44,292 votes out of more than 6,000,000 cast, the smallest presidential margin in the state in 176 years.

But this year, the Democrats are determined to win it back. It is very likely that the party establishment decided to go all in on Joe Biden with PA in mind. After all, though he represented Delaware in the Senate for thirty-six years, he never stops reminding voters that he was born in Scranton, and prides himself on his common touch (a questionable characterization).

This election is Scranton vs. Park Avenue.

But beyond that, the Biden camp are offering Pennsylvania's rural voters essentially nothing. Ace reporter Salena Zito, who knows her native state better than anybody, recently spoke to several long-time Democrats in Bethel Park, who all have roughly the same story -- they've been forced to accept that their pro-life, pro-Second Amendment views are no longer welcome in the party. What's more, they've been increasingly disturbed by the Democrat's embrace of rioting and disorder in cities throughout the country, and their tendency to denigrate the police.

And then there's fracking. The natural gas industry, which relies on fracking, employs over 300,000 workers, directly or indirectly, in Pennsylvania. While campaigning for the Democratic nomination, both Bernie Sanders and Elizabeth Warren called for a national fracking ban. Joe Biden's position has generally been harder to decipher, but he seems to have settled on a policy of “no more new fracking." while his running mate, Kamala Harris, continues to support a total ban on the practice.

If there's one thing that the aforementioned working class voters care about, it is jobs. Here's Rose Tennent writing in the Philadelphia Inquirer about what fracking has meant for the state:

We allowed responsible, modern natural gas development to go forward, allowing Pennsylvanians to take advantage of some of the world’s greatest shale gas reserves. The result has been an incredible boon to our state and our country. Fracking and the rest of the shale gas revolution saved Pennsylvania from the worst depths of the Great Recession. When our workers were hurting the most in 2008 and 2009, the shale fields eventually catapulted Pennsylvania back to prosperity by restoring the energy dominance that we enjoyed a century earlier. Today, 106,000 Pennsylvanians have mostly well-paid, desirable jobs in the energy sector. That’s a big part of why our state has a 3.9% unemployment rate — a figure that would have been unimaginable only a few years ago.

Those figures are from before the pandemic and the lockdowns, of course, which together brutalized both the economy overall and the resource industry specifically. But the potential for the industry to rebound and the jobs to come back once the lockdowns are relaxed is real, so long as as they're allowed to. Biden's position, which amounts to "read my lips, No Future Fracking Jobs," seems designed to ensure that that that never happens. 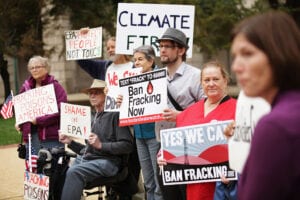 There's some in every crowd.

Beyond the benefits it brings for the state itself, Tennent points out that, largely because of fracking, "America as a whole has become energy independent for the first time since we became dependent on imported oil from the Middle East in the 1960s." Hydraulic fracturing doesn't only create jobs stateside, it also makes it so the price of heating our homes and filling up are gas tanks aren't reliant on the whims of OPEC or political stability in the notoriously volatile area surrounding the Strait of Hormuz.

This is very appealing for working class Americans in Pennsylvania, many of whom were wary of the Bush-era Republican Party's middle eastern adventurism. American energy independence removes one of the major justifications for getting involved in the constant squabbles in that part of the world. Consequently, from the perspective of those Americans who both benefit from well paying blue collar jobs in the natural gas industry and disproportionately serve in the military, fracking goes down as a win/win.

So, while polling out of Pennsylvania for this election cycle has been, in the words of elections analyst Jim Geraghty, "boringly consistent," with Biden ahead in nearly every poll for the past several months, reports of a noticeable shift in people registering as Republicans hasn't been surprising. As Geraghty explained recently in National Review,

I recently took a trip to Pennsylvania, and it was impossible to miss two things. First, the never-ending cacophony of paid advertisements that are ostensibly pro-Biden, but in actuality anti-Trump. On TV and the radio, you hear over and over tear-jerking stories about someone who lost his job or a family member because Covid-19 (with no explanation as to how Biden would have handled the pandemic differently), ending with the command "vote him out." But the other notable thing was that, driving around the countryside, there must have been ten Trump signs for every Biden sign.

Now, you may object that is a non-scientific measurement, of course, but coupled with the differences in registration, it increases my suspicion that, like in 2016, the polling out of Pennsylvania isn't telling the whole story. Which is to say, the professional forecasters might once again be in for a rude awakening on election night. 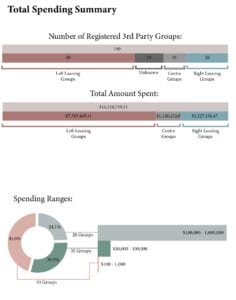 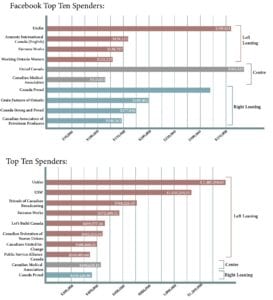