Friday’s announcement that the Supreme Court would not hear the case brought by Texas and other states and parties challenging the election results in Georgia, Michigan, Wisconsin and  Pennsylvania  is a sad blow for those counting on the Court to resolve the issue of  a stolen election of a manifestly incapable candidate. The court ruled that the parties lacked standing to prosecute the case under Article III of the Constitution -- that is to say, they lacked a judicially cognizable interest in the manner in which other states conducted their elections.

Justices Alito and Thomas indicated in the short order that they would have heard the case  because they believe that when one state sues another, a matter in which the Supreme Court has original jurisdiction, the court lacks discretion to refuse to hear it. But both men opined they “should not grant other relief” and expressed “no view on any other issue.” They had earlier dissented in a case on the very point of the Court’s obligation to hear cases brought  by one state against another, the cases in which it has original jurisdiction and no other court may hear such matters. 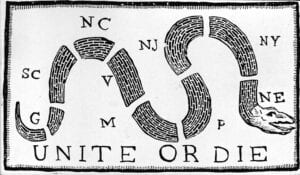 Or not, as the case may be.

The complainants argued that the states  whose results they wanted overturned did violate the Constitutional provision  that state legislatures set the time, place and manner of elections -- not judges or other state officials. Even aside from fraud -- as to which numerous affidavits were attached to the complaint -- they charged this conduct was unconstitutional. 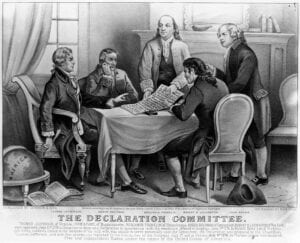 First the Declaration, then the Constitution: what could go wrong?

If you believe, as I and millions of voters do, that the election was stolen from President Trump, it is disappointing that there was no opportunity to have these legal issues resolved. On the other hand, I believed if the Court had decided to take it, it would not have decided who won these states. Instead, it would have remanded the complainants to the legislatures of these states, which have the responsibility to fashion a remedy.

They can do this by decertifying the results and either refusing to offer up a new slate or by picking a new slate on their own and submitting it to Congress at the appropriate time. In fact there was no small amount of evidence of corruption in other states as well -- Arizona comes to mind, and the same option remains for them as well. Prominent conservatives are in fact urging them to do just that.

There are other proceedings concerning individual states wending their way up to the Supreme Court, but I don’t see how any would significantly change the outcome. By my count even if the complainants in the case brought by Texas had been successful , the results would not have been dispositive. Count the electoral votes to see what I mean. Michigan has 16, Wisconsin 10, Pennsylvania 20, Georgia 16. (A total of 62 votes.) If you subtract those from the 306 electoral votes presumptively registered now for Biden and do not award them to President Trump -- which was always the most  optimistic outcome -- Biden would still have 234 votes to Trump’s 232--a majority of the remaining 466 electoral votes. 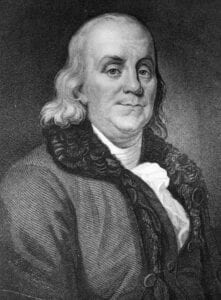 I only see two ways to reverse the outcome. First, the legislatures in these four states and at least one other could refuse to advance their state's electoral votes to Congress, either leaving the state with none or picking an alternate slate. Second, Congress can refuse to certify those states where fraud marked the balloting. Under the 12th Amendment, the House votes January 6 on certification by state delegation (and the Republican delegations have more votes) . All it takes is an objection by one House member and one Senator to force a vote on such objections.

As Benjamin Franklin famously said, we have “a, republic if you can keep it.” Whether we can depends on what is a predictably weak link, the legislatures of the very states where fraud marked the presidential election this year.