For many Americans the election is over. Most don’t grasp that everything has changed. Those who contest the fraudulent results are dismissed as cranks: Who are we to contest our betters? The left has been advancing totalitarianism – their ultimate goal – for decades. Accelerating through unionized teachers, Obama, the DNC Virus -- culminating in this stolen election, if it is allowed to stand.

America has been conquered, voluntarily, by a disease with an extremely low fatality rate. I always thought germ warfare would be by a foreign enemy – not Democrat voters -- and that lots of people would actually, you know, die from it.

When adults ran the nation – before Baby Boomers – our population was 133 million. But during WWII we sent off to war millions of our sons and husbands, had 407,000 military deaths, or about .3% of our population, defending the freedoms we have surrendered without a fight. 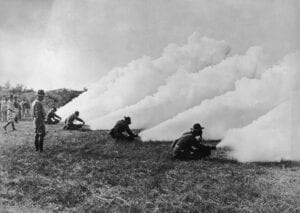 The gas of August.

For this, we have surrendered our liberty and freedom, lit trillions of dollars on fire, and squandered our birthright to ourselves and our posterity. By comparison, smoking kills about 480,000 annually, or twice as many as DNCVirus, yet no mask, no house arrest, no antisocial distancing. It’s not about the virus.

Are you ashamed yet? You ought to be.

What are the consequences of the – possibly last? – election we will have? Covering only a few, consider that three years ago:

Bank of America announced last week that it will no longer finance companies that make the kinds of combat-style semiautomatic rifles that have been used to such deadly effect in mass shootings. Last month, Citigroup Inc. announced that it would prohibit clients using its financial services and credit cards from selling firearms to customers who have not passed a background check, or who are younger than 21, even when neither of those things are required by law.

What do you think will be the action, no doubt by executive fiat, of a Harris-Biden administration with a “Hell, yes, we’re going to take your AR-15” gun czar? Will federally chartered banks no longer be allowed to finance companies manufacturing, distributing, transporting or selling arms and ammunition (including components used by reloaders)?

Will this be against Heller or McDonald or the Second Amendment? No. Will insurance companies still provide coverage to these companies? Would this seem a stretch to an administration that already has promised executive action to unconstitutionally, illegally, confiscate firearms?

The firearms and ancillary support industries employ 332,000 people in America, and is responsible for as much as $60 billion in total economic activity. So what if terminating the manufacture and sale of firearms and components will cost hundreds of thousands of jobs?

Want a first or second mortgage but have a hunting license or a registered firearm? Sorry… And that vacation loan... oh, well). Maybe you can go out to dinner instead. Once. Outside. With a mask. During the winter.

Want to study ecology in college but you’re a hunter, or wrote a comment somewhere about your First or Second or Fourth Amendment rights? Think those government-controlled student loans will be available to you? Maybe you can study trucking. Oops! No fossil fuels… my bad.

Do you use your credit card to donate to an environmental fund? Oh, well. Want to buy food and a permit to go backpacking in the wilderness? Sorry. Want to join a scuba dive club doing an annual ocean cleanup but need air in your tank? Bummer.

No one in a socialist country has time or money to worry about the environment – they’re too busy figuring out which pet to eat last and how far it is to the zoo.

Cash will be needed to buy groceries. But… oops! We’ll be living in a cashless society! 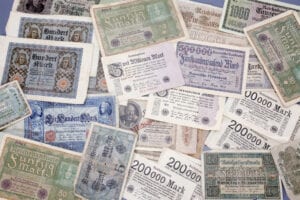 Money used to make the world go 'round.

How’s your vegetable garden? Worried that a chicken coop or rabbit hutch will reduce the value of your home? No worries, the Harris/Biden Administration has that under control. If you live in the suburbs, your neighbors just voted to destroy your equity so the chickens and rabbits won’t be a problem.

Everything has changed. Biden is irrelevant. He got Obama back to the party – that was his purpose. His prospective veep, the most liberal senator in Congress, a woman who couldn’t get even 3% of the primary vote in her own party, will be the vehicle through which Obama completes his announced, fundamental destruction of America.

Be sure to thank your Democrat and NeverTrump friends and neighbors. Because they'll have it coming.