Former New York mayor Ed Koch, on the occasion of his defeat in the 1989 Democratic primary by the late David Dinkins, was asked if he would again seek public office. “No,” he said. “The people have spoken . . . and they must be punished.”

Well and properly punished they were, as things turned out. During Dinkins’s single term as mayor, crime and disorder in New York City reached their horrifying zenith. In 1990, 2,245 people were murdered in the city, one factor among many that earned Dinkins the reputation as the most feckless man ever to occupy City Hall. (Only recently has a challenger emerged.)

Now stepping up to be similarly punished are the voters of Los Angeles County, who in their wisdom have installed George Gascón as district attorney. Gascón is the latest of the so-called social justice prosecutors to win election in some of America’s major cities, following in the path of Kim Foxx in Chicago, Larry Krasner in Philadelphia, and Chesa Boudin in San Francisco. 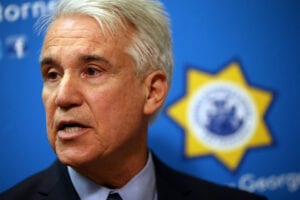 Gascón was unabashed in embracing social justice themes during the campaign but gave little hint of the sweeping changes he would institute within minutes of taking office. He was officially sworn in at noon on Dec. 7, and at 12:03 p.m. that day an email was sent to all D.A. staff announcing the immediate implementation of nine new policies which go far beyond those he practiced in his former post as district attorney in San Francisco.

The cumulative effect of these policies will be threefold: fewer criminals will be sent to jail or prison; those who are imprisoned will serve shorter sentences; and many already convicted and behind bars will be released years before they might have been. Even some inmates now serving life without parole for murder will be allowed to petition for resentencing and even release under Gascón’s new guidelines.

In keeping with the Orwellian manipulation of the language so drearily common to the modern leftist, certain words will be excised from the vernacular of the courthouse in Los Angeles County. “Today,” begins Gascón’s Special Directive on Resentencing, “California prisons are filled with human beings charged, convicted and sentenced under prior District Attorneys’ policies.”

The jarring use of the term “human beings” is explained in a footnote: “We will seek to avoid using dehumanizing language such as ‘inmate,’ ‘prisoner,’ ‘criminal,’ or ‘offender’ when referencing incarcerated people.” One wonders how they will come to euphemize the term “crime victim,” the numbers of whom will surely surge in Los Angeles County before voters regain their senses and Gascón is ultimately turned out of office.

If only abuse of the language were the worst of it. The new policies are the stuff of a defense attorney’s fever dreams, as Gascón has in effect enacted a separate penal code for Los Angeles County, one of his own and his leftist enablers’ creation. He has vowed to ignore various provisions of California law and give those arrested on a variety of misdemeanor beefs a free pass. Charges of trespassing, driving without a license or with a suspended license, disturbing the peace, criminal threats, and even resisting arrest will be “declined or dismissed before arraignment and without conditions.” Non-specific exemptions will be allowed, but given the overall tenor of the policy such exceptions will of course be rare. 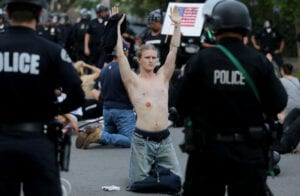 Hands up, eff off.

As disturbing as this might be, it pales in comparison to how more serious crimes will now be addressed. California has over the years enacted a number of sentencing enhancements covering particular circumstances in broader areas of crime. For example, someone convicted of robbery might have his sentence extended if he was armed with a weapon at the time of the crime. Like the underlying charges, each of these “special allegations” must be proven beyond a reasonable doubt to a jury or admitted by a defendant before a sentence can be enhanced.

Gascón has eliminated these special allegations, including those defined as “special circumstances” in murder cases that make defendants eligible for the death penalty or life without parole, or "LWOP" in courthouse shorthand. “Special Circumstances allegations” says the new policy, “resulting in an LWOP sentence shall not be filed, will not be used for sentencing, and shall be dismissed or withdrawn from the charging document.”

More troubling still is Gascón’s policy on the death penalty, which will no longer be sought even in the most heinous of murders. Consider this recent case: On Nov. 29, sheriff’s detectives allege, Maurice Taylor decapitated his 13-year-old daughter and 12-year-old son, then for the next five days forced his two surviving younger sons, ages 8 and 9, to remain in the home and look at the mutilated bodies.

Under California law the crime would meet the definition of two special circumstances, to wit, multiple victims, and the fact that the murders were “especially heinous, atrocious, or cruel, manifesting exceptional depravity,” making Taylor eligible for a death sentence or life without parole. Who would argue he isn’t deserving at least of the latter? Gascón would. Under his new policies, Taylor will face a maximum sentence of 57 years to life in prison with the possibility of parole, and this assumes the imposition of consecutive rather than concurrent sentences.

The death penalty policy comes laden with footnotes citing academic studies purporting to show capital punishment is ineffective and rooted in racism. It is here that Gascón engages in some dishonest sleight of hand. He asserts on page 2 of the policy that “the death penalty serves no penological purpose as state sanctioned killings do not deter crime.”

The assertion is footnoted to a 1999 article, “Do Executions Lower Homicide Rates: The Views of Leading Criminologists,” by Michael L. Radelet and Traci L. Lacock, in which it is claimed, as stated in the footnote, that “88.2% of the polled criminologists do not believe that the death penalty is a deterrent.” Whatever the actual evidence might be, a poll among academic criminologists, most of whom are ideologically opposed to the death penalty in any event, can hardly be said to be dispositive, especially given the paltry sample size of 76 people, a detail one only finds buried in an appendix. Yet Gascón presents this assertion as though it bore Delphic certitude. 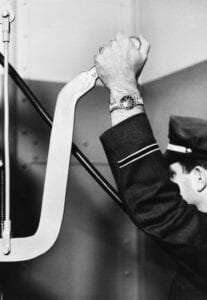 Have a nice trip.

Taking the academic obfuscation a step further, the same footnote cites a 2012 study, “Deterrence and the Death Penalty,” by the National Research Council of the National Academies, which, the footnote claims, found that using a “deterrent effect as justification for capital punishment is ‘patently not credible’ based on meta-analysis of studies conducted.”

Again, this is not completely accurate. What the study actually says is more narrowly focused. “The homogeneous response restriction,” it says, “that the effects [of capital punishment] are the same for all states and all time periods seems patently not credible.” What’s more, the study explicitly states the available evidence is insufficient to determine the effect of capital punishment on homicide rates.

The Conclusion and Recommendation section of the study reads, in part: “consequently, claims that research demonstrates that capital punishment decreases or increases the homicide rate by a specified amount or has no effect on the homicide rate should not influence policy judgments about capital punishment [emphasis added].” Despite this clear admonishment, Gascón dishonestly uses the study as support for his own preferred policy prescriptions.

The city of Los Angeles, by far the largest of L.A. County’s 88 municipalities, is already suffering from an increase in violent crime. Homicides investigated by the LAPD are up by 29 percent over last year, and late November saw the city’s 300th murder victim, a benchmark not seen in ten years. If Gascón’s social justice methods are effective, surely this trend will reverse itself quickly.

There is little reason to suppose this will happen, however, as evidenced by those cities where social justice prosecutors already hold office. In Chicago, where Kim Foxx has been elected to a second term and her policies are well established, homicides are up 55 percent from last year. In Larry Krasner’s Philadelphia, homicides are up 38 percent, and in Chesa Boudin’s San Francisco they’re up 39 percent. 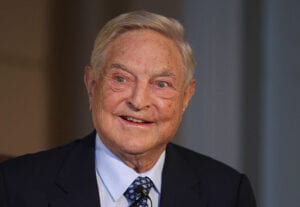 As should be obvious to all by now, the appending of an adjective to the word “justice,” whether it be social, environmental, economic, or what have you, signals in the user a desire not for actual justice, but rather some bastardized version of it suited to whichever favored group does the appending. George Gascón embodies social justice on stilts, and he owes no small measure of his success to handful of well-heeled leftist donors. George Soros leads the list, with reported contributions to Gascón totaling $2.25 million.

Like Soros, none of Gascón’s other deep-pocketed supporters lives in Los Angeles and will suffer none of the bloody consequences they’ve helped to bring about. How's that for justice?