How have the Greens persuaded governments and political parties to embrace policies like Net-Zero that they themselves admit with an odd kind of pride will require their voters to pay more in taxes and energy prices in order to live meaner and narrower lives? Such policies, after all, will lead to a massive political clash between the politicians and the voters that will end in lost elections and ruined political careers. So why do both Left and Right agree to do it?

That question was how I ended my most recent column. And though I left open an optimistic escape hatch—namely, that Brexit showed ordinary voters still had the power to reject the iron consensus of the parties—I have to admit that nothing like Brexit is as yet emerging to block the various revolutions and new deals advocated by the Green movement.

If no opposition is yet emerging, however, an explanation of this oddity is starting to take shape, and understanding a phenomenon is often the first step to combatting it. That explanation can be found in, among other places, two monographs published this year.

The first is a long-form read online, The billionaire takeover of “civil society” NGOs, by Roslyn Fuller in the ex-Marxist radical democrat U.K. webzine Spiked. It’s a detailed description and analysis, drawing on Ms Fuller’s own investigations, of the interlocking relationships between innumerable “progressive” NGOs covering different areas of research and activism, all validating each other’s work, and all founded by the same handful of billionaires. 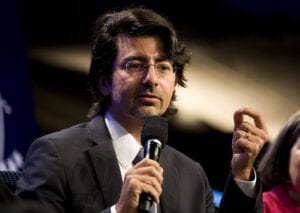 Dr. Fuller establishes this general picture very neatly by listing all the NGOs founded by only one of them, the French-born Iranian billionaire, Pierre Omidyar, the man who founded eBay. What follows just below is a half of one paragraph that shows the interlocking financial and organizational links between some of the NGOs he and the smaller “investors” in his network fund:

As Dr. Fuller points out, you can’t follow what’s going on here without a map. So she provides one—or, rather, one of those organizational charts that are intended to clarify the question of who’s financing whom to do what but that are so complex they mainly confuse the investigator.

They certainly confused her—which is why she set out to untangle the maze of cross-connections. It’s significant that Ms. Fuller isn’t hostile to the causes promoted by these NGOs. She’s a progressive herself, a supporter of democracy who directs her own NGO (the Solonian Democracy Institute) devoted to broadening democratic participation in politics, and the author of several books, including  In Defence of Democracy. But she takes the increasingly rare view that the purpose of democratic elections is to implement the opinions for which most of the electorate voted rather than her own progressive ones.

Ultimately, serious democrats have to be more committed to a fair election than to a victorious one and to open and contentious debate rather than to manufactured consent. (Admittedly, those lessons need to be learned by a great many more people than those discussed in this article.) 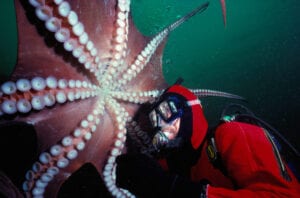 All of which means that her article isn’t a hit job. My guess is also that most of her political opinions (except on the key question of the virtue of democracy for its own sake) diverge radically from my own. Indeed, she began her investigation because she was considering applying for a grant for her own NGO from progresssive donors and prudently wanted to check them out. As she looked deeper, however, she was perturbed by what she found. And what she found was neither democratic participation nor philanthropic charity as commonly understood.

If one accepts what ‘givers’, like Omidyar et al, say, it becomes apparent that rather than participating in traditional acts of charity, like founding a hospital for the needy, they are attempting to engage in ‘social engineering’ – that is, using their resources to artificially change the structure of society to what they think it should be. If successful, this would amount to an extreme circumvention of democracy, utilising money not just to win elections, but to substitute paid or subsidised content for actual support, and thereby to flip an entire political culture on to a different track by amplifying some voices and drowning out others.

Exactly what that means in practice we'll examine in the next article.