Wind and solar energy technologies, which eco-religionists claim will save the planet from the ravages of capitalism and the destruction it supposedly causes, are culling endangered animals and wiping out their habitats. Michael Shellenberger pinpointed the problem with renewable energy in a May 2018 Forbes article: “If solar and wind farms are needed to protect the natural environment, why do they so often destroy it?” It’s a fair question.

Researchers looked at 23 endangered bird species killed at wind and solar outfits in California, according to “Vulnerability of avian populations to renewable energy production,” published March 30 in Royal Society Open Science. The study of the impact on wildlife of renewable energy, which requires more land than conventional means of energy production such as oil and natural gas drilling, was funded by the California Energy Commission, the U.S. Bureau of Land Management, and the University of California at Davis. Hydroelectric dams were not dealt with in the paper, but the U.S. Geological Survey reports it is known that they “create barriers to fish migration and alter upstream and downstream ecosystems.”

The paper states that of the 23 bird species, renewable energy generation appears to have made things significantly worse for eleven, or 48 percent of them. Those eleven species “were either highly or moderately vulnerable, experiencing a greater than or equal to 20% decline in the population growth rates with the addition of up to either 1,000 or 5,000 fatalities, respectively.” For five of the eleven species, “killed birds originated both locally and non-locally, yet vulnerability occurred only to the local subpopulation."

California, of course, has an economic death wish – it’s betting everything on a utopian carbon-free future, the well-being of its human population be damned. In September 2020, the state’s Democrat governor, Gavin Newsom, who couldn’t even be bothered to follow his own pandemic rules, decreed that no gasoline-fueled automobiles will be sold in the state by 2035, the goal being to reduce carbon dioxide emissions. At the same time, he urged that fracking be banned.

Encouraged by Newsom, anti-growth fanatics forced the state to mandate 33 percent renewable energy by 2020. Utilities achieved this early and now the goalpost has been moved to 60 percent renewables by 2030 and 100 percent carbon-free energy by the middle of the century. Some California cities even want to ban natural gas heating and cooking in new buildings.

All this pressure to go renewable has to lead to more animal deaths as wind and solar generation expands. The Royal Society paper states that of California’s “23 vulnerable bird species studied (barn owls, golden eagles, road runners, yellow-billed cuckoos…), scientists have found 11 are now experiencing at least a 20% decline in their population growth rates because wind turbines and solar panels are killing them and/or destroying their limited-range habitat.”

Birds and bats are particularly susceptible to wind turbines, which nowadays are typically mounted on towers 200 feet high or higher with rotors spanning 150 to 260 feet, which means blade tips can reach higher than 400 feet above the ground. Rotors can spin at speeds from 11 to 28 rpm with blade tip speeds of between 138 and 182 mph, the U.S. Department of Energy reports. 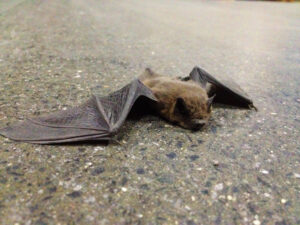 Birds tend to be killed directly by collisions with turbines, meteorological towers, and power transmission lines, and indirectly by habitat disruption, behavioral effects, drowning in wastewater evaporation ponds, and other causes. Bats are typically killed by collisions and barotrauma, which means catastrophic damage to internal organs caused by rapid air pressure changes. Migratory bats could go extinct if wind energy production keeps growing, a May 2017 paper in Biological Conservation argues.

The Royal Society paper states that photovoltaic solar panels used at solar farms convert the light produced by the sun into electricity via turbines. There are environmental tradeoffs. The 6,000 birds that fly annually into the concentrated sunlight beams produced at the Ivanpah Solar Plant in California’s Mojave Desert, are instantly cremated alive, leaving puffs of smoke behind to mark their passing. A large fence erected to keep endangered desert tortoises out of the plant made it easier for coyotes to prey on roadrunners.

According to a January 2008 paper in the Journal of Wildlife Management, about 4,700 birds, including golden eagles, are killed by wind turbines at California’s Altamont Pass Wind Resource Area (APWRA). “Every year, an estimated 75 to 110 Golden Eagles are killed by the wind turbines in the [APWRA]. Some lose their wings, others are decapitated, and still others are cut in half.”

Led by California’s crazed, hardline push to get off so-called fossil fuel-based energy production and into "renewable" energy, commercial wind energy generation capacity in the entire United States has gone up almost 300 percent since 2009. The current installed capacity exceeds 107 gigawatts from about 59,000 turbines and is expected to rise to more than 160 gigawatts by 2030, the Royal Society paper states.

This will take a toll on fauna. But that’s fine with environmentalists, who observe a hierarchy of values. Animals, especially those with wings, will continue to die for our sins as "renewable" energy expands.