Oh California what are you doing to me? I don’t like that I’m getting caught in what is obviously a war between Elon Musk and Governor Newsom, and in the meantime our planet suffers.

Truth be told, I’ve been away from my home in Los Angeles for a bit. Okay, pretty much since the beginning of the pandemic, but they’ve not made it easy for me. In early 2020 there was the confusion of different quarantine rules for different counties (some of them forced and scary), but mostly it was the very unpleasant phone call to Los Angeles County who said, ‘It will be up to the officer’ so I decided not to leave the airport terminal and hopped a plane to Hawaii.

But today I’m finding that owning (and neglecting) my Tesla is kind of a lot of work. In the first few months when I couldn’t get back to the States anyway I shut off notifications on my phone. Yes, I know that was dumb but who needs to be reminded that you are helpless and failing on a daily basis? And in two month’s time my car ran completely dry. So even when I got someone to go there, it was in ‘hibernation', and he couldn’t even open the door. 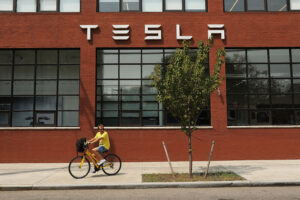 The second attempt to ‘wake up’ the vehicle required the combined efforts of my housekeeper, a neighbour’s ‘guy’, and the mobile Tesla person. This too was a flop because my housekeeper ditched me despite having cashed four months-worth of checks to look after things. It’s possible she was mad because I refused to pay her in cash ‘like the other ladies’ but I can’t afford to break the law, and I really do think $25/hour in cash is extortion for unskilled labour. Which reminds me to get the number of a housekeeper from one of my friends who moved to Florida.

Nonetheless, I texted my father for advice and he wrote back: ‘Sorry J, in a meeting, try Steven Henkes’.

Who is Steven Henkes? I called daddy’s secretary who assured me she had no such person in his contacts and promised to ask him the minute he was free. Five minutes later she sent an email titled ‘Steven Henkes’. With the note: ’Might this help?’ Attached was a BBC piece detailing Henkes’ dismissal from Tesla and his filed complaint that Tesla solar panels were known to catch fire, and that the company had failed to notify the public or shareholders. UGH.

The only reason I’m on this tack today is because a lot has happened separate from general electric-vehicle anxiety. Planet-friendly was always going to be my choice even if it meant a few hiccups, but I didn’t bargain on the war between Elon Musk and Herr Newsom. First, there was the issue of asking us not to charge our cars, which didn’t sit well with anyone. It was one thing to ask us to run laundry and dishwashing machines in the evening, well after our housekeepers had gone home, but then the request not to even charge our cars due to drain on California’s power grid, was seen a shot across the bow.

I for one didn’t see this coming. Even with California’s commitment to ban the sale of gas-powered vehicles by 2035 it became apparent to everyone that California didn’t value the business or personal tax revenues of the richest man in the world. And so Musk moved his Tesla headquarters out of California and into Texas, citing ‘overtaxation’. Musk even said California was no longer the land of opportunity that it once was. I would have wanted to work on his messaging but I didn’t need my father’s input to tell me he was telling the truth; suddenly, 2035 was looking further away than ever. 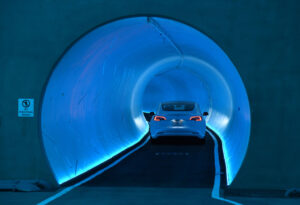 I really didn’t think he'd do it because it meant so much upheaval, billions of dollars in taxes just to leave, and he risked upsetting his largest customer base, but customers get pretty testy when there’s no product to buy. And what was the man to do when on top of its draconian taxes, California was determined to win the Covid standoff?

Then last week California proposed new net metering rules to include a ‘grid access’ fee, in addition to the fees we already pay, which will add $50-$80/month to the electric bill. If they go ahead with it, (and what do they have to lose at this point?) it will be the highest solar fee anywhere in the country, including states hostile to renewable energy. AND they propose to change the rules for customers who have already signed contracts and purchased a solar system.

My phone rang… it was my father calling me back—‘How may I be of service?’ he asked.

‘Well… I don’t want you to denigrate my choice to buy an electronic car, but…’

‘I see. Well…excellent choice to purchase, bad choice to keep. Is that helpful?’

‘No. Not helpful! I just don’t know what to do because I will need a car when I return to California.’

‘Which you haven’t wanted to do for nearly two years now.’

‘But I will return.’ 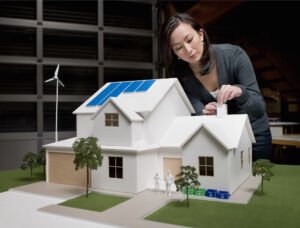 ‘… As you keep saying. But may I remind you, that house… which your mother and I were happy to buy for you… is entirely set up for that very car. I believe you told us it was an investment, by which I assume you meant a good investment. But as I recall the powerwall was $10,000, the solar panels were $30,000 and I calculated seventeen years to recoup this investment, or more like twenty-five when you calculate the decline of energy from the panels over the years. But that was assuming you were allowed to charge your car, and that they didn’t renege on the original agreement that categorically violates basic principles of fairness.’

Of course I wanted to scream, but I decided to just keep quiet until he said something else.

‘So as I understand your question, you want to know what to do with a car, for which a house was designed, in a land you no longer wish to remain. Is that putting too fine a point on it?’

‘I expect to return.’ I insisted, calmly.

Now he was silent. It was a standoff. I didn’t want to talk and he knew it.

'Jennifer, I can’t advise you. You alone know what is going to work for you, and since you’ve been living everywhere but there for the last two years, I see no reason to rush to a decision.’

‘Sweetheart, take your time. Everyone has been finessed into this green push. Even your beloved California had to pay neighbouring states to take their excess solar lest they blow out their own power grid. Germany can’t afford to convert electricity to methane, France spent $33 billion on a solar farce, and even my own petroleum industry spent a billion on advertising and lobbying for climate-related ventures. And speaking of lobbying, think about whether or not you need to keep a base of operations there just to impress your tree-hugging clients’.

My industry is not a farce. And I wanted to say this to him but I was afraid I couldn’t make a good point just now. And why did he have to be so nice when he really did tell me so? As I’d decided against the train, I rented a car and will have plenty of time to think about it all as I drive to the Cotswolds.