Despite assuring us in his 2009 inauguration speech that “this was the moment when the rise of oceans began to slow and the planet began to heal,” President Obama expressed concern about the health of the Great Barrier Reef (GBR) when visiting Australia in November 2014. Later, in May 2015, he sat down for a televised meeting at the White House with British naturalist and climate scaremonger David Attenborough. They shared each other’s mutual concern.

How then can it possibly be? Coral cover on the Reef has hit a new record measured over two-thirds of its 2,300 km length, according to the Australian Institute of Marine Science (AIMS). And, incidentally, remains at a relatively high level over the other (southern) third. What to say to spare Barack’s and Sir David’s blushes? Phew! Bullet dodged for the zillionth time. Relief all round? Well, not quite all round.

“We are in uncharted territory and still trying to understand what this means,” whined AIMS program leader Mike Emslie. The institute's CEO, Dr Paul Hardisty, knew what to do. Focus on the part of the Reef that had fallen short of a record. “A third of the gain in the coral cover recorded in the south in 2020/21 was lost last year due to ongoing crown-of-thorns starfish outbreaks,” he said. And, risibly, with no sense of the ridiculous, added: “This shows how vulnerable the Reef is to continued acute and severe disturbances that are occurring more often, and are longer-lasting.” 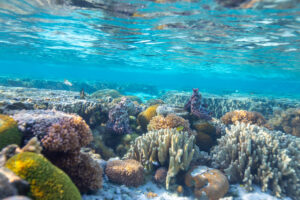 Come on is, the water's fine.

A healthy GBR does not spell success? Not if you want to continue to attract multi-millions of government research dollars it doesn’t. And not if you want to use the state of the Reef to further the apocalyptic climate-change agenda. Never mind, Emslie and Hardisty can look forward to better days ahead. The coral cover is almost bound to decline next year from its record level and their tendentious dire warnings can resume unhindered by an ill-behaved Reef. Though, to be clear, the actual state of the Reef is incidental to its perpetual imminent demise.

"Climate change" is not about physics or facts. Never has been. It’s about politics. The GBR will always be on the brink of destruction. Equally, on a broader canvass, climate change is a gift designed to be forever giving. No one would seriously support renewable energy in its prevailing forms if they really wanted to reduce CO2 emissions. No one who was serious would preach about Australia’s miniscule emissions while studiously ignoring the clear intent of China and India to expand their economies on the back of fossil-fuels.

I looked it up. The world’s oldest operating wind turbine (assuming it’s still whirling as we speak) was commissioned in Denmark in 1978. Forty-four years and 837GW of wind capacity later, CO2 yearly emissions continue to climb. Not a success, I’d venture to say. But, to reiterate, that depends upon what's meant by success.

The elite among climate-obsessed people don’t want success. They want failure. That’s success to them. And seeing CO2 emissions plummeting would be a much bigger and evident failure than a healthy GBR. It would be the very last thing they would want. They want our world to be in a constant state of trepidation. Starting with young school children, they want populations fearful that great floods and inundations, extreme forest fires, unparalleled droughts and cyclones, and millions of climate refugees, are always just around the corner; unless we mend our ways. And, naturally, unless we give them more power to help us mend our ways. 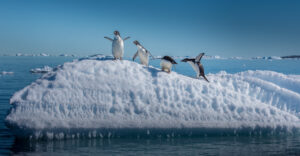 Give us more money or the penguins get it.

Keep populations scared and there's no end of so-called improvements, not to mention sacrifices, that can be foisted on them. That's the point. To build back better. To reset. Reset how? The big boys have the answer. Here’s Deloitte, in May 2022, as part of a self-serving report ("The turning point") on the end of the world as we know it unless we embrace de-carbonisation and, needless to say, Deloitte.

A coordinated transition [to a decarbonised future] would require governments, along with the financial services and technology sectors, to catalyze, facilitate, and accelerate progress; foster information flows across systems; and align individual incentives with collective goals.

Collectivism is given a whole new guise. Not so much workers of the world unite, but governments and Fortune 500 companies unite. And, verbiage aside, notice the unity among the big boys, best exemplified in the Davos Manifesto (latest 2020 version).

A company is more than an economic unit generating wealth. It fulfills human and societal aspirations as part of the broader social system... Corporate global citizenship requires a company to harness its core competencies, its entrepreneurship, skills and relevant resources in collaborative efforts with other companies and stakeholders to improve the state of the world.

Company men (and women) working collaboratively with their rivals? Mark Antony’s aside seems apropos. “Mischief, thou art afoot.” Compare past giants of industry, striving for ascendancy over their rivals. Seeking profits aplenty. Samuel Johnson provides an instructive perspective. “There are few ways in which a man can be more innocently employed than in getting money.” 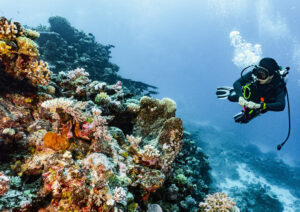 Allowing governments and companies in some collaborative global order to oversee an ‘improvement’ in the state of the world betrays a pitiable knowledge of human nature. The thing about free-market capitalism is that it produces prosperity while allowing the worst excesses of human nature to find expression in unseemly piles of money.

The alternative, collectivist system, in whatever guise it presents itself, produces relative poverty while allowing the worst excesses of human nature to find expression in despotism. In the persecution and cancellation of political opponents. In unequal justice. Already evident, you might say, in the United States. It is, but the surface has been only scratched. There is much more unequal justice to be divvied out in the new world order.

Stretch a point. Assume Deloitte and the World Economic Forum and their corporate and elite fellow travelers have benign intentions in seeking to improve the world. Then they’re naïve fools. It’s as simple as that. If, on the other hand, they are out to lord it over lesser beings, which seems more likely, then they’re sinister scoundrels. Whichever it is, unresolved apocalyptic climate change is their ticket to power. A dream come true, ever rising CO2.