Public opinion on global warming/climate change has been relatively stable for some time across the globe. Naturally, there are variations between nations, age-groups, and time-periods, but most surveys show a rough division of opinion between two-thirds of respondents who believe that global warming is largely caused by human activity and a serious threat to the world, and those who are skeptical on both points.

Are young people more idealistic and global-minded in their concerns? Or are older people simply wiser because they’ve experienced other official “scares” as they've gone around the block? Do Democrats have more trust in government forecasts than the GOP? Or do Republicans have a stronger nervousness about rising costs of policy and the bottom line?

There are no correct answers to these questions because partisan attitudes tend to change when we change the subject. Democrats tend to be more concerned about rising costs when the money is spent on defense programs. Republicans trust official forecasts more when they show that tax cuts cost less or even repay themselves. And so on, and so on.

That said, it’s oddly interesting (i.e., counter-intuitive) that political partisanship seems to operate on global warming as strongly among scientists as among the rest of us. A Pew Research survey for this year’s Earth Day showed that while Democrats with a high degree of scientific knowledge were likely to have a strong belief in the human contribution to climate change, Republicans with the same level of information were much more skeptical.

These are intriguing, even embarrassing, results. The researchers plainly thought so, because they added this somewhat nervous comment on them:

A similar pattern was found regarding people’s beliefs about energy issues. These findings illustrate that the relationship between people’s level of science knowledge and their attitudes can be complex.

And maybe they illustrate something else, too. For these results seem to conflict with perhaps the single best known statistic about science and global warming, namely that 97 per cent of scientists believe in global warming. To unpack that claim, they believe that global warming is happening, it’s man-made, and it’s dangerous. That’s President Obama speaking. Former Secretary of State John Kerry added the word “urgent.” And that’s pretty much the internationally respectable orthodoxy of officialdom and the media. Anyone who dissents from it is labelled a “climate denier” and, as Herbert Spencer said of such judgments a century and a half ago, “nothing he says thereafter need be listened to again."

But that raises a doubt. If ninety-seven per cent of the scientists you meet believe in global warming, how come that many Republicans knowledgeable about science don’t believe them? 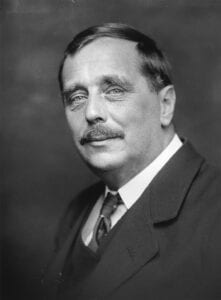 That simply wouldn’t happen, and we can say that on scientific grounds. People are sensitive even against their will to the opinions of those around them. As the great sociologist of religion, Peter Berger, pointed out in “A Rumor of Angels” some years ago, if you were marooned on an island inhabited entirely by believers in astrology, you’d be saying six months later that there really might be something in this “governed by the stars” stuff. And if you want brilliant fictional explanation of that, read H.G. Wells’s superb early science fiction short story: "In the Country of the Blind."

That so many people who take science seriously also doubt the orthodoxy of global warming cannot simply be explained as the result of their blind political partisanship. That might bias them but it wouldn’t outweigh the overwhelming testimony of 97 per cent of scientists they either meet or read.

So maybe that 97 per cent is a mistake. Once that question is raised, moreover, it soon becomes clear that whatever that statistic is, it certainly isn’t the unvarnished truth.

If you want the short version of why that is, please have a look at this, in which Dr. John Robson takes you on a witty and entertaining tour of how that statistic was compiled and sold to the world with fun graphics and Ravel’s Bolero as a soothing background.

Among those organizations that suspected something was wrong with 97 percent figure was the Competitive Enterprise Institute in Washington which, among other tasks, has a watching brief on Green Ideology run amok. The 97 percent claim is an obvious target for the CEI. On July 19 last year, it submitted a formal complaint to NASA, which has on its website the claim that 97 percent of climate scientists agree humans are responsible for global warming.

Though more or less bogus, that claim was a boon to climate skeptics because U.S. government agencies have to meet certain standards when they make such assertions. So they can be held to account for misleading statements. When CEI filed its petition, for instance, it did so under the Information Quality Act (IQA)—pointing out major flaws in studies cited by NASA to justify its claim and asking NASA to remove it from the website and any materials it circulated.

The substantial flaws it finds in the studies include arbitrarily excluding from the surveys scientists who have published peer-reviewed articles in journals of climate science on the grounds that they were not climate scientists; misrepresenting the conclusions of scientific papers, as the scientists concerned later complained, to make them fit the desired conclusion; and above all assigning papers that expressed no opinion on man-made global warming into the 97 per cent column.

When these failings were corrected, the 97 percent estimate fell massively in all cases to numbers ranging from one-third of climate scientists to 1.6 per cent! As yet the CEI-NASA dispute remains as unsettled as the science now seems to be. If you wish, you can add your signature to the petition CEI has launched, and unless NASA has some almost magical reply to CEI’s documented critique, you probably should.

For the 97 per cent statistic, in addition to looking like a myth, is and always was a club to beat down any criticism of, let alone opposition to, the “international community’s” vastly expensive plans to revolutionize the world’s economy along dirigiste lines. And before it started to wobble under Dr. Robson’s and CEI’s criticism, it also performed the vital function of sustaining the all-but-monolithic support for global warming shown by the statistics of popular opinion quoted at the start of this column.

Now that the key 97 per cent statistic is crumbling, however, how long will the other statistics showing a two-thirds majority believing in mankind's culpability in "climate change" remain dominant, let alone stable?