I read a report in the Wall Street Journal in April about a Tesla car crashing into a tree in Texas, killing the two occupants. Sadly, fatal car accidents are all too common. Striking however was the reported time of four hours that it took emergency crews to finally put out the fire that engulfed the car. Apparently, the batteries used in the car are hard to extinguish once ablaze; or at least they keep on reigniting after the job is seemingly done. The car was also equipped with so-called ‘Autopilot’ and, reportedly, neither of the occupants was behind the wheel at the time of the crash. Now, to be fair to Tesla, Autopilot does not quite mean autonomous; it is just a step on the way.

There is a lot of hype about autonomous vehicles. No doubt they will have their place in well-contained situations. Australian mining companies lead the way in using them on-site to shift material from one spot to another. There are trials afoot, including on dedicated lanes on public highways across North America and Europe. Imagine. Millions of cars and heavy trucks tearing down highways, through towns and suburban streets without drivers. What could possibly go wrong?

Call me a techno-skeptic. I can’t see anyone being clever enough to devise a system to safely control millions of speeding intersecting vehicles while orchestrating appropriate responses to untoward situations. To wit, avoiding or not avoiding, and how, that dog wandering into the road. And I’m still trying to figure out how motorcycles and push bikes fit in. 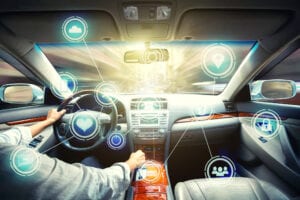 Of course, there’s always artificial intelligence (AI) to come to the rescue. Nothing is beyond AI apparently. Elon Musk himself, along with other far-sighted people, including the late Stephen Hawking, is on record as believing that it might even subdue us and take over the world. Self-driving cars would be a doddle. However, I remain unconvinced.

In any case, it doesn’t matter because autonomous vehicles, so far as I can tell, will live or die in the marketplace. It a question of whether lots of people who like driving will take to them. Whether bolder trials will end in too many crashes for comfort. Whether algorithms can ever be devised to replace human judgement in handling the myriad of different, and subtly different, situations arising on the road. That story will eventually be told by technology and market forces acting together.

Electric cars belong to a different storyline altogether. Their development is inorganic. It’s artificial. It can’t be quelled by antibodies -- in this case by economic realities. Bad things can happen and will go unpunished.

Pound for pound, electric cars are more expensive to make than are petrol or diesel cars. They are heavier and impart more kinetic energy when they crash; they create a bigger fire hazard. They will require massive amounts of electricity overnight when the sun isn’t shining and the wind is often still. They depend on the extraction of rare earths which, by all accounts, is a dirty business for the environment and which increases dependency on communist China, the overwhelmingly dominant producer. They require massively expensive, power draining, ubiquitous roadside charging infrastructure. Then there’s the challenge of disposing, year after year, of millions upon millions of toxic defunct batteries.

And, pray tell, what to do during those extreme-weather events (threatened by John Kerry et al as the doleful wages of anthropogenic climate change) when a community’s electricity supply has been snuffed out by one of those weather events and families whose cars have flat batteries are advised to flee the area? Back to horses? 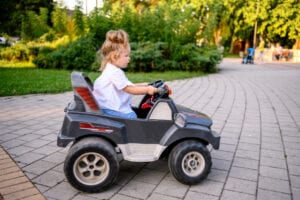 To reiterate, none of this would matter a jot, if governments were not forcing the issue and taxpayers were not picking up the tab and thus hiding the costs and damage that would ordinarily be revealed and quickly punished by the marketplace. At this stage only about 0.5 percent of vehicles on the road are electric and most of those are hybrids. That leaves just about ninety-ninety percent to go. There is no way of knowing how far-reaching and irreparably damaging making such a wholesale changeover will be. And, if that’s an unknown, put it together with growing dependency on electricity generated by wind and solar. Unknown unknowns.

No one has this secret knowledge of the future. Nor do markets. But markets, ever alert, tend to weed out bad ideas not too long after they germinate. In other words, we seldom find out how bad things could get. The marvel of markets is that we don’t have to think too hard about what to produce and how to produce it. That’s a good job, because we don’t have sufficient knowledge. It’s a pretence of knowledge, as Hayek put it, to think that we do.

Communism is built on a pretence of knowledge. The means and makeup of production are directed from above. That things turn out badly is no surprise. 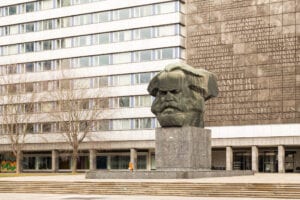 Proud papa of the Trabant.

The response of western governments to ‘climate change’ is essentially taken from the communist playbook. Transport and energy are at the core of modern economies. Determining how they will evolve by government edict is not fiddling around the edges. It is bound to end in tears. And those tears will inevitably go beyond economics to every facet of life.

It’s hard to imagine, if it were not happening. The ways of fuelling transport and generating electricity being foisted on us would never have powered the industrial revolutions which have led to today’s prosperity. And, to make matters worse, if that is at all possible, none of it will cool the planet.