Though I’ve blogged quite a lot on the pandemic, I want to make it clear, for the avoidance of doubt, that I am not and never have been an epidemiological whiz-kid. Oxford-educated Neil Ferguson of Imperial College London is mostly definitely of whiz-kid pedigree and, together with many of his peers, is particularly prone to hyperbole when it comes to predicting the outcome of pandemics. His inflated numbers even undermined Donald Trump’s instinctive common sense in the early days.

I don’t want to be too critical here. Epidemiologists relied upon by governments when infectious diseases spring up are on a hiding to nothing. There is no kudos to be found in underestimating. While you might be accused of alarmism for overestimating the virulence of a disease that’s so much better than being accused of reckless homicide on the other side.

So, there it is. It is probably wise to divide the dire predictions of epidemiologists by, say, ten at least, to get a handle on the real threat. But, big problem. Politicians too are on a hiding to nothing of the same character as are epidemiologists. Result, unity tickets in overestimating the threat. 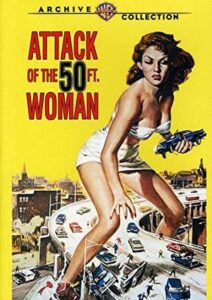 Where then do we turn for realism, you might ask? Shucks, that’s where people like you and I come in. People who unfashionably, in these postmodern days, try to find the truth. Who are willing to give non-conformists like Professor Ehud Qimron of Tel Aviv University the time of day. Who don’t necessarily take official pronouncements as gospel. Who are willing to boldly go where no conformist medico has gone before. Sometimes searching for truth takes you on Captain-Kirk-like journeys into the unknown.

Exploring the unknown puts you at risk. In this case of being wrong. Well, I won’t actually be wrong because I’m sitting on the fence. I’m simply asking this question:

How many people with two, three or more serious comorbidities, who’ve closely encountered Covid in its various guises, have been saved by one or other of the vaccines? By saved I mean saved from being placed in intensive care, intubated or saved from dying. And if saved from dying, for how many months.

Dodgy data aside, we have a level of information on the number people who’ve suffered badly from Covid. We don’t know how many people with serious comorbidities, cross-matched with their vaccination status, have escaped relatively unscathed. We don’t know that telling information. We're not told.

To cut to the chase. Do the vaccines provide a protective effect for people with serious comorbidities; the only people at significant risk? This would not show up in big pharma’s clinical trials. Those with serious comorbidities would not be risked in any trial. Ergo, we have no information from the trials on the effectiveness of the vaccines for those whom they might help.

As healthy people are at no material risk from the virus, what the heck does it mean to assert that vaccines offer them protection? So far as I can tell, the only rationale for healthy people and, despicably and deplorably, healthy children being vaccinated, willingly and forcibly, is to boost the profits of big pharma and the lobbying dollars which flow to politicians and political parties. 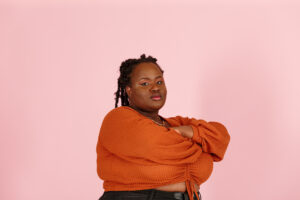 The CDC provide a long list of comorbidities which might make Covid more deadly. This includes kidney, liver and lung disease, dementia, diabetes, heart conditions, and obesity. I’m going to take a layman’s guess here. These comorbidities are likely to make matter worse whatever peripatetic infection comes along.

There is a strong correlation between falling very ill with Covid and age. However, most if not all of this correlation is likely spurious. I don’t doubt that the very old and frail will be susceptible to infections of most kinds. But the fact is that age and comorbidities are fellow travelers. Is it principally age that downs Covid patients or their comorbidities? This is an important question which I’ve not seen addressed, at least in the popular press. Unfortunately, most journalists no longer seem curious. They’ve largely become amanuenses taking dictation from official sources and rebadging it as factual news.

CDC Director Rochelle Walensky recently referred to a study of over a million people who were vaccinated between December 2020 and October 2021. She commented: “The overwhelming number of deaths, over 75 percent, occurred in people who had at least four comorbidities, so really these are people who were unwell to begin with.” Dr Walensky commented in the way that she did to let vaccinations off the hook. But hang on. Isn’t it people with comorbidities that the vaccines are meant to save? And where is the comparable study of deaths of unvaccinated people. Just maybe, we don’t know, more than 75 percent of them would have had at least four comorbidities.

Among those with serious comorbidities, I’d like to see an apples-to-apples comparison of intubation and death rates between the vaccinated and the unvaccinated. I’m not convinced by the official spiel which is constantly rammed down our throats. Show the evidence?

Politicians and their public-health minders make a show of unvaccinated people dying. Only by dragging out the information do we find that they suffered from serious comorbidities. Particularly ghoulish delight is taken in announcing the death of a youngish person. Often only later is it discovered that the person concerned was also very sick to begin with.

These people can’t be trusted. They have an agenda. Florida governor Ron DeSantis referred to their disinformation as “noble lies” when explaining that he intended to tell the whole unadorned truth. He was too kind. Any pretence of nobility was lost with vaccine passports and masking and injecting children.

Back to my question. Without doubting immune responses from vaccines found in laboratories, what happens when the rubber hits the road? To wit, two neighbours, one vaccinated four or five months ago, one unvaccinated, are both equally overweight, have diabetes, high blood pressure and dicky tickers. Having caught Covid, both are prone on their respective couches under instructions from their doctors to call an ambulance upon the onset of breathing difficulties. How much better chance does the vaccinated person have of avoiding hospitalisation, intubation and/or death?

Please don’t say that a larger proportion of the unvaccinated have been hospitalised or have died. That says nothing. It’s quite possible that those at risk of dying because of underlying conditions disproportionately form the same cohort who are reluctant to be vaccinated precisely because they have underlying conditions. Lies, damn lies and Covid stats.