The massive new $1.2 trillion "Infrastructure Investment and Jobs Act" contains $47 billion specifically designated to combat the imagined evils of climate change, the largest sum Congress has ever agreed to spend to fight the weather. This $47 billion that we as a country don’t have targets a problem we don’t have, and is part of H.R. 3684, the infrastructure package that will cost $1.2 trillion we don’t have.

The $47 billion in this hernia-causing, pork-barrel, 2,700-page bill is to foster “climate resilience,” an invented buzzword whose meaning is elastic enough to cover a whole range of programs.

Of course, first there was global warming, then climate change, and now this thing called “climate resilience.” This new and improved label that conveniently skips right over the question of whether there actually is a problem and whether we can do something about it, and goes straight to an assumption that manmade global warming is fact and must be dealt with urgently. 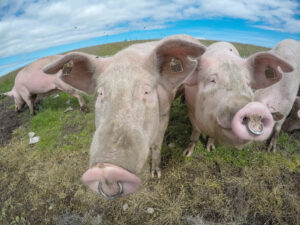 The money is fake but the pigs are real.

One enviro site defines climate resilience as “the ability to anticipate, prepare for, and respond to hazardous events, trends, or disturbances related to climate. Improving climate resilience involves assessing how climate change will create new, or alter current, climate-related risks, and taking steps to better cope with these risks.”

The mainstream media is in on this con, as usual. When the New York Times triumphantly reported final congressional approval of the bill Nov. 5, it lied, claiming the money would help cushion the blow of a fantasized environmental apocalypse that was already in progress.

“There were 22 climate disasters that cost at least $1 billion each in the United States in 2020, shattering the previous record of 16 events, which occurred in 2017 and 2011, according to the National Oceanic and Atmospheric Administration,” according to the Old Gray Lady. The funds will be used “to prepare the nation to withstand the devastating impacts of climate change,” and will “help communities prepare for the new age of extreme fires, floods, storms and droughts that scientists say are worsened by human-caused climate change.” 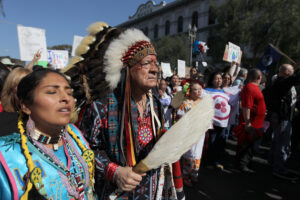 But according to the people the federal government paid to produce the 2018 National Climate Assessment, this is a small down-payment on what really needs to be done to help people cope with a hyped, theoretical problem. That report estimates that adapting to climate change could cost “tens to hundreds of billions of dollars per year.”

“It’s a big deal,” President Joe Biden said late last month in a speech boosting the bill. “And we’ll build up our resilience for the next superstorm, drought, wildfires, and hurricanes that represent a blinking ‘code red’ for America and the world.”

The lure of easy pork that nobody in the mainstream media will complain about drew in some Republicans, including Sen. Bill Cassidy, a Louisiana Republican, who crowed about all the money it will bring to his state. He called the bill “the largest investment in infrastructure and coastal resiliency in the history of Louisiana.”

It’s easy for Cassidy to jump on the blame-storming bandwagon. “There’s people living in Lexington Parish, for example, flooded in 2016, whose lives — everything in their life was destroyed,” Cassidy said. “The pictures of their children, the wedding dress in which they married, the home in which they lived, which had never flooded before — the fact that we are helping our fellow Americans avoid that gives me an incredible sense of satisfaction.” 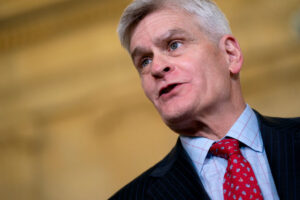 "Climate science" charlatans blame more or less everything bad that happens on manmade global warming. They point to anthropogenic climate change as the culprit in the burning down of big chunks of forests in California wildfires, ignoring the important role that government mismanagement of forests played. They blame it for creating Hurricane Ida, too, which in September left more than 80 people dead and millions without electricity in the Pelican State.

The funding set aside for climate-resilience projects is only part of the picture, however. The bill funds hundreds of billions of dollars in improvements to roads and other infrastructure to make them more resistant to extreme weather. It also provides $39 billion to boost low- and zero-pollution transportation sources, $7.5 billion to construct electric vehicle charging stations, $2.5 billion to buy electric school buses, and $400 million curb truck emissions at ports.

Sen. Sheldon Whitehouse, Rhode Island Democrat and an in-your-face leftist who enjoys threatening Supreme Court justices, moaned that the legislative package wouldn’t do much to mitigate the supposed problem of climate change itself. “There’s a lot of good stuff in the infrastructure bill to help us prepare for climate upheaval, but that package does very little to affect emissions, and therefore won’t prevent climate upheaval,” Whitehouse said.

Combatting this “upheaval” will be left to the proposed Build Back Better Act, which is still working its way through Congress but nearing passage. That bill would provide a taxpayer-funded bonanza for global-warmist profiteers. It contains another $555 billion we don’t have that is aimed at mitigating climate change by reducing carbon dioxide emissions they claim are forcing planet-wide temperatures higher.

Another big helping of pork, anybody?