Headlined in an article published in Nature on July 20, 2021: “Deaths from Covid ‘incredibly rare’ among children.” The figures tend to be murky. Deliberately so, I’m inclined to believe. Nevertheless, it seems clear enough that almost all, perhaps all, of the relatively tiny number of children aged 5- to 11-years-of-age who have died from Covid have, in fact, died with Covid; having had serious underlying illnesses or disabilities of one kind or another, including untoward obesity.

Choose your virologist, immunologist or epidemiologist if you want a view that suits your own. They can be found. One of my choices is Yale epidemiology professor Dr. Harvey Risch. He’s often on Fox News. I prefer his cautionary approach when it comes to children. Keep them home-schooled rather than compulsorily vaxxed in school, he argues. Do no harm, rings a bell with me. This, from Dr. Eric Rubin, doesn’t. He’s professor of immunology at Harvard, and a member of the FDA advisory committee. When asked, prior to FDA approval, about the safety of the Pfizer vaccine for children, he reportedly replied:

We’re never going to learn about how safe the vaccine is until we start giving it. That’s just the way it goes.

Why are children akin to lab rats among those on the left? Rubin will be of the left; no doubt about that. You will know them by their utterances. I struggle, but think it is to do with the greater good, as they see it, trumping individual rights. If a child must die to save ten old people; well, do the sums. 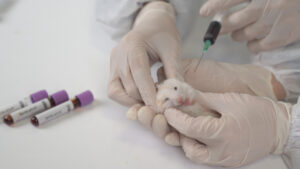 Used to take coffee each week with a couple of blokes who lived in the same apartment building. Unsurprisingly, both were somewhat to the left of me but the conversation was convivial. Progressively, pun intended, the group grew by another four, including one dreadful feminist harpy. As the group grew, so did its centre of gravity move radically leftwards. I divorced the group to remain sane. I doubt they missed me, being unchallenged henceforth when swapping agenda-driven distortions and lies.

There was a gay marriage postal plebiscite in Australia in November 2017. As you might imagine I was the only one of seven who voted no, but that’s by the way. One bloke, a member of Australian Skeptics (skeptical of everything except for global warming) and vice president of a humanist fringe group, the Secular Party of Australia, was particularly far gone. He provided us all with a draft of a submission his party intended to make to government; arguing, in part, that the needs of gay ‘married’ couples needed to be weighed in deciding whether they could adopt babies and young children. I annotated his draft, before returning it, with NO, NO, NO! It didn’t influence his final submission.

But you see, being far gone leftwards, he took very little account of the rights of babies and infants who can’t speak for themselves. He seemed not to comprehend that their welfare in the matter of adoption is not only paramount but all that counts, whoever is adopting them. It isn’t something that can be put in the context of the greater good. But he was prepared to stack the interests of gay couples against the interests of babies and infants; presumably, to serve, in his warped mind, the greater good. And by this route, I come back to my point.

Governments and medical authorities seem prepared to stack the interests of aging adults against the interests of children. This thinking is so estranged from the thinking of yesteryear that we, those of us who’ve retained moral standards of the quite recent past, are thrown off balance. Effectively, we are at sea. Answer: set the compass due north and steer towards truth, justice and the American way, so to speak. No compromise. Put false trails into stark relief.

There is no medical justification for vaccinating young children against Covid.  Older children too for that matter. To all intents and purposes, they face no risk from the virus. How much risk they face from the vaccine, whichever one, is unknown with any certainty. In normal course, the vaccines would not be given to children. If the principal rationale is to inhibit the spread of the virus among adults; it’s unconscionable. Close enough to evil to scare me. Yet it’s happening. 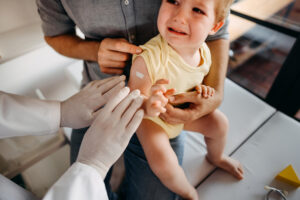 Countries are already doing it. Israel started in late November, as did Canada and the United States. Reports out of the U.K. suggest it may start there in the spring.  When the FDA gave its tick of approval for vaccinating twenty-eight million 5- to 11-year-olds in the U.S., Emma McBryde, an infectious-diseases modeller at the Australian Institute of Tropical Health and Medicine in Townsville said, “it will save lives.” She went on:

But it could also have a broader impact, given that many US children aged 5 to 11 have returned to school unvaccinated in the past few months, and the group now accounts for a significant portion of new Covid-19 cases, capable of transmitting the coronavirus SARS-CoV-2 to others… For every child’s life you save, you may well save many, many more adult lives.

Catch the pointed end bit. Exactly how many children are worth putting at unwarranted risk from vaccines to save adult lives; and mostly aged adult lives? Median age of death from Covid in Australia in 2020 equals 87 years (82 years for deaths from all causes). No child has died.

But, amid the ridiculously hyped-up Omicron kerfuffle, Professor Paul Kelly, Australia’s chief medical officer, said that he was awaiting advice from the TGA (Australia's equivalent to the FDA) on offering vaccines to 5- to 11-year-olds. For what possible legitimate purpose?  And notice the word offering, implying a free choice. Really, exactly how long would it be before little Jill and Johnny were singled out as unvaxxed pariahs?

Finally, I have begun to realise that my erstwhile coffee companion is, in fact, no further gone leftwards than is the whole apparatus of governments throughout most of the world; and throw in most of the media; and, regrettably, most of the medical establishment. There is little remaining to know about the malign influence of the left. Yet, its influence has been even more pernicious than might have been thought possible. Locking children out of school is bad enough. Societies which are prepared to play fast and loose with children’s very lives have surely lost all moral compass.