I live in a country that has become, for people like me, a vast internment camp. Knowing that vaccine fail is a fact and unwilling to allow an experimental infusion into my body, I have become a social leper. I cannot attend a broad range of public events, visit various facilities and businesses, or dine in restaurants. Now I find I cannot even leave the country, which is my fondest wish. Airlines, ships, and trains are all off-limits for inter-provincial and international travel. Combat-decorated pilot and CEO of Canadian Citizens for Charter Rights and Freedoms (C3RF) Russ Cooper writes, “the country has become “a police state with mandated ‘jabs’ and passports…We find our civil liberties giving way to martial law.”

I believe my rights as a citizen of a democratic state have been violated by an increasingly autocratic government. I have studied our Charter of Rights and Freedoms and consulted lawyers and constitutional experts on its provisions. I have wondered whether the Nuremberg Code applies to the government’s presumably arbitrary cancellation of our rights and privileges as citizens, and have been told by legal professionals that the relation of the Code to the Charter is a “grey area,” in part because Canada has not formally signed on to Nuremberg, and in part because the relevant sections of the Charter are subject to interpretation.

With regard to the Charter: The import of the principles in question, in particular Sections 1, 6 and 7, remain hotly contested. Section 1 states that rights and freedoms are subject to “reasonable limits.” Section 6 establishes that “Every citizen of Canada has the right to enter, remain in and leave Canada,” including inter-provincial travel, and Section 7 treats of “the right to life, liberty and security of the person and the right not to be deprived thereof except in accordance with the principles of fundamental justice.” 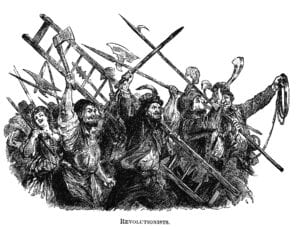 Rights are a grey area, citoyens!

Section 1 affords the government some latitude, given that “reasonable limits” remains a matter of interpretation—a “grey area” embedded in the very document. Section 6 is clearly being abrogated—there is nothing “grey” about it—but Section 7 can be manipulated in favor of one segment of the population (the “vaccinated”) while punishing another (the “unvaccinated”) “in accordance with the principles of fundamental justice”—although it is now known there is scarcely any difference between vaxxed and unvaxxed. Again, the concept of “fundamental justice” may be construed in any number of different ways. It’s as grey as grey gets.

What we call the “rule of law” has become distressingly controversial and unsettled. In an article for the Society for Academic Freedom and Scholarship (SAFS) Macon University Business Law professor Peter Bowal points to the weakness of the Charter as a legal document, a weakness that renders it exceptionally difficult to show that one’s rights have been infringed, especially as all-important judicial decisions relating to the pandemic thus far “have fallen in line with the governmental and public interest”—that is, the government’s interpretation of “public interest.” Section 32 of the Charter makes it clear that only the government can ensure these rights—in effect, enforce, justify and even reconceive them. Bowal’s treatment of the question is ambiguous as he seems to believe that the burden of proof for abrogation of rights legitimately devolves upon the government, trumping the individual rights claimant.

We are naïve, Bowal argues, in “embrac[ing] and fiercely cling[ing] to the rights delusion,” to assume we have “legal rights entitlement,” or, for that matter, I would add, to repose our trust in the broad-based fairness and independence of the judiciary. I would argue that the government’s interpretation of the Charter is, in essence, apodictic, which does not make its reading of “rights” right. The dilemma is profound and citizens who claim their constitutional rights apparently “have no standing” (to use a familiar legal phrase) in the view of an all-powerful government. It’s not a pretty picture.

With regard to the Nuremberg Code: Its application to considerations of domestic violations of its constituent principles with respect to scientific “experiments” performed on the human person—in particular Section I stipulating that “Voluntary consent is essential,” Section 5 stating that “No experiment should be conducted if it is believed to cause death or disability,” and Section 9 requiring that “Subjects should be able to end their participation at any time”—are not codified in national legal instruments. 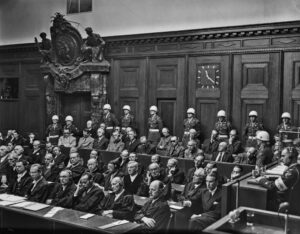 That was then, this is now.

But this inadequacy has been rectified. UNESCO’s Universal Declaration on Bioethics and Human Rights declares that “human dignity, human rights and fundamental freedoms are to be fully respected” in all public health legislation and that “the interests and welfare of the individual should have priority over the sole interest of science or society.” And as the prestigious Robert H. Jackson Center in its document on “The Influence of the Nuremberg Trial on International Criminal Law” informs us, the Nuremberg promise and precedent has finally come to pass in the creation of the International Criminal Court. The ICC, based in part on the Nuremberg Charter, with jurisdiction to try genocide, war crimes and Crimes Against Humanity, began functioning in in 1994 and was adopted by the Rome Statute in 1998.

What is especially salient in this connection is the ICC principle of complementarity, which “enacted broad-ranging criminal legislation to ensure that all the crimes within the Rome Statute are covered by domestic penal law… to maximize the potential benefits of the principle of complementarity in the event of allegations against a State’s own nationals.” The principle is notoriously complex but allows for “admissibility” protocols in cases of national failure to prosecute when prosecution seems warranted or when the political intention to prosecute unjustly is evident. “The Court holds a promise,” the Center’s document anticipates, “of putting an end to the impunity that reigns today for human rights violators.”

It is my contention that the Canadian government is precisely such a human rights violator. The “grey area” in the Charter does not seem as grey as government-friendly lawyers, go-along judges and skeptical specialists claim. According to The Epoch Times, Toronto-based litigator Ryan O’Connor believes “[t]here are several sections of the Charter that are implicated by mandating vaccines,” specifically Section 7 as well as Section 15, “which protects individuals from discrimination and that requires equal treatment of individuals before and under the law” (italics mine).

Similarly, The Justice Centre for Constitutional Freedoms issued a statement condemning federal mandates that translate into the certainty that “unvaccinated Canadians will lose their right to move and travel freely within Canada, their right to leave Canada, and their right to earn a living and participate in society without discrimination.” Such mandates amount to “an egregious and unacceptable infringement” of our constitutional rights. As the Centre’s president John Carpay observes, “No government will violate human rights without putting forward a good-sounding justification, such as the war on terrorism, communism, online hate, drugs, or a nasty virus.” 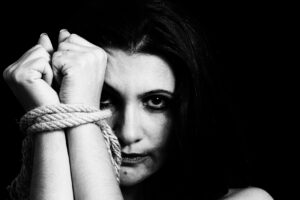 From a combination of ignorance of the accumulating evidence calling the vaccines into serious question and the temptations of political absolutism, the government has breached the civil rights of its citizens—if civil rights are to mean anything at all. It has disregarded the moral implications of the Nuremberg Code, the tenor of the UNESCO indenture and the provisions of the ICC, despite the pious statement from the Minister of Foreign Affairs to the effect that “Canada strongly supports the International Criminal Court… as a key pillar of the rules-based international order.”

The government has scanted both the spirit of these international instruments and the purport of its own Charter. Like other Western administrations—for example, Australia and the U.S. under Biden—it has eaten away at the foundations of liberal democracy and deliberately eroded the rule of law in everyday life understood as part of the social contract. As Ryan O’Connor asserts, “the crux of the issue is more about politics than it is about public health.” Indeed, it is more about convenient “interpretation” of laws and principles and the levying of coercive measures than about civil liberties, democratic justice and political freedoms.

Government authority, certainly in the case of vaccine mandates, does not rely on reason and debate but on the imposition of power backed by physical force and a largely complicit judiciary. It has no genuine interest in discussion and evidence and no compunction against segregating a substantial cohort of its people whom it denounces as irresponsible. Canada was never intended to be a leprosarium, but much has changed. Canada is now a dictatorial regime, in many ways reminiscent of the former Soviet Union. And the Charter of Rights and Freedoms is cosmetic cover for the enactment of political absolutism. Grey areas don’t mean much to citizens who have been deprived by government decree of their constitutional right, however moot, to participate in common life, travel, work and enjoy the fruits of now-threatened liberty.