In an article for PJ Media, Rick Moran points to recent statistics indicating that Covid "breakthrough" cases are far less significant than we have been told. That the sources for the update are the CDC and the New York Times, two institutions with massive credibility problems, should provoke a healthy dose of skepticism. But the string of vaccine deficiencies is a long one, of which “breakthroughs” are only one in a rash of alarming instances.

We should rather consult not the usual suspects but independent, non-government-aligned specialists such as, to name only a few from an extensive list compiled by Patricia McCarthy at American Thinker: Peter McCullough, Reiner Fuellmich, The Children's Health Defense Europe, the late Kary Mullis, the inventor of the PCR test, Sucharit Bhakdi, Geert Vanden Bossche, Nobel Laureate Luc Montagnier, Michael Yeadon, formerly of Pfizer, Martin Kuldorff of Harvard, Jay Bhattacharya of Stanford University, and the authors of the Great Barrington Declaration.

There are many other eminent and highly credentialed professionals in the field, of whom, for lack of space, I will add only two more names. Canadian vaccinologist and viral immunologist Byram Bridle, who is being deviously “fact-checked” into the ground, is a distinguished member of the group. Bridle’s article showing why mRNA-based vaccines fail to achieve the stated goal of global herd immunity is a crucial piece of medical scholarship. His work is essential. Virologist and immunologist Robert Malone, the actual inventor of the mRNA technology behind the vaccines, warns against them as one-size-fits-all Covid-19 alexipharmics. 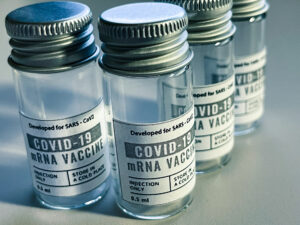 Malone is being predictably “cancelled” and also relentlessly “fact-checked,” prompting the question: Who fact-checks the fact-checkers? As Bridle remarks in An Open Letter to the President of the University of Guelph (which has now been taken down on site after site), “many ‘fact-checkers’ lack sufficient expertise,” are merely “postdoctoral trainees,” and “give scientists and physicians of integrity unreasonably short periods of time to respond.” They cherry-pick their “facts” and do not acknowledge learned rebuttals from those they have denounced and slandered.

In any event, the beleaguered researchers mentioned here are among the members of the medical Almanach de Gotha, the true royalty in the epidemiological directory. It is their counter-testimony we should do well to heed. Such medical people, the best in the business, know that RNA viruses tend to mutate rapidly, outstripping the booster vaccines intended to counteract them. The race is on. (One thinks of Charlie Chaplin in Modern Times playing a waiter hurtling among a crowd of dancers to keep a wine bottle perilously aloft on his tray.)

They know that you do not inoculate a flock or a herd in the midst of pandemic since it inevitably generates escape variants; the implications for human populations are salient. They know that the SARS-CoV-2 “spike protein” injected into human cells causes these calls to develop spike proteins that give rise to antibodies—but that these can also be cytotoxic, that is, triggering spike proteins that can attack the body’s own cells.

They know that since the antibodies generated by the vaccines deteriorate rapidly, the vaccinated could be exposed to subsequent infection and thus require a proliferating number of booster shots into the indefinite future. They know that natural immunity trumps vaccination, as Pfizer scientists have themselves admitted. And they know, as retired lawyer and university professor Grant Brown writes in C2C, “if each escape variant also requires a triple-injection regime to gain temporary and ‘leaky’ immunity, risks will escalate without end. It is the first reason we should doubt that we can inject our way out of this pandemic.” As a reader observes in the comment section to a previous article of mine, “the disease is running the immune system.”

Draconian measures imposed by a biosecurity state upon a fearful and pliable public have been misconceived from the very start. Commercial masks are generally useless. Lockdowns don’t work. And premature vaccines rushed to market may bring as many risks, both immediate and long-term, as the virus itself. In the light of emerging data, the so-called “pandemic of the unvaccinated” may be adequately rephrased as the “pandemic of the vaccinated.” Passive, voluntary sites like VAERS in the U.S. and Yellow Card in the U.K. undercount adverse reactions by at least a factor of ten, and some say far more than that.

It goes on. Iceland and Gibraltar are almost fully vaccinated and Israel is preparing to introduce its fourth jab, yet they are incapable of controlling the spiral of variants. Vaxxports are dividing nations into cults and schisms. Strikes, massive demonstrations and police brutality are becoming the order of the day. The authorities, medical and political, are forced to rely on misinformation, reams of alarming statistics, threat, censorship, repression and unconstitutional measures, effectively destroying the social fabric. Supply chains are collapsing. Economies are in shambles. Democratic institutions are at a breaking point.

The official response to the pandemic, writes Jeffrey Tucker in Liberty or Lockdown, “was brutal, irrational, medieval, and eschewed the advice of the best and most learned minds in epidemiology. The created madness and destruction and called it health.” Indeed, our governing elites have done everything wrong from Day One, ensuring the continued emergence of breakthroughs and variants—we now have Alpha, Beta, Gamma, Delta, Kappa. Lambda and Mu—and abetting a pandemic with no end in sight.

Mathematical physicist and former Harvard professor Luboš Motl in The Reference Frame argues convincingly and in meticulous detail that the data for prevention are inconsistent, “a ludicrous fairy-tale.” Peter Smith writing in The Pipeline faults “the (mostly) passive acceptance of the egregious overreaction to Covid on the part of the authorities.” Israeli “virus czar” Salman Zarka positively gloats that “This is our life from now on, in waves,” which would be the case if people like Zarka—the Faucis and Walenskys et al.—maintain control of the Covid narrative. Yet, as Smith points out, Public Health England (PHE) reports that the vaccinated account for 56 percent of Covid-19 cases, 61 percent of hospitalisations, and 77 percent of deaths which are 11 times higher than this time last year when there was no Covid-19 vaccine. 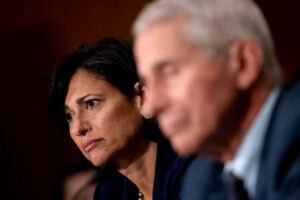 The news from highly-vaccinated Israel is especially pertinent. A recent study in Ecosurveillance “challenges the assumption that high universal vaccination rates will lead to herd immunity and prevent Covid-19 outbreaks… in the outbreak described here, 96.2 percent of the exposed population was vaccinated. Infection advanced rapidly (many cases became symptomatic within 2 days of exposure), and viral load was high… all transmissions between patients and staff occurred between masked and vaccinated individuals, as experienced in an outbreak from Finland.” Nonetheless, the study continues to recommend masking and vaccines in glaring contradiction of its own findings, so as not, one assumes, to jeopardize its official standing in the Covid hierarchy.

Some nations, however, are sane, distrustful of biopolitical fiat. Sweden has been open almost from the beginning of the panic. England, Denmark and now Norway and Singapore are removing pandemic restrictions. Zoran Milanovic, President of Croatia, has had enough of medical authoritarianism and Covid frenzy. No more jabs. Several American red states have been open for a year or more. Perhaps a modicum of common sense and rational thinking will begin to circulate among the less despotic and hysterical of national leaders as they begin to recognize that their Covid policies have only exacerbated and prolonged a situation that was always amenable to better solutions. Coercion, panic, willful ignorance and fear-mongering do not qualify as solutions—unless, of course, as many claim, and some like Dr. Peter Breggin in his recently published Covid-19 and the Global Predators methodically document—these are deliberate strategies of population control. The totalitarian policies of national leaders like Joe Biden, Justin Trudeau, Emmanuel Macron and Scott Morrison reinforce the argument.

There is only one sensible response to the crisis, as the 95 percent CI (confidence interval) Covid survival rate suggests: accumulating herd immunity through natural infection and recovery while, as Brown writes, “protecting the most vulnerable groups… and employing safe and effective drug treatments and prophylactics,” along with exercise, healthy diet and weight reduction for the obese. There is no other way of minimizing the risks and dangers that the most reputable virologists have seen clearly as they peer through the glass darkly of state and media censorship.