What do Covid lockdowns, energy re-dependence in “pursuit” of the chimera of “green” energy, BLM/Antifa/OFA "mostly peaceful" protests, and decriminalization of low-level crimes have in common with open borders, reversing Trump’s Middle East peace advances, and 70 years of wars we refuse to win all have in common?

Chaos. Why? Because when chaos serves the State, the State will encourage chaos.

What do those who work in government want? More government. What’s the most government?  A police state. What do you get when you have day after week after month after year of riots, murders, lockdowns and lawlessness? Voters demanding more security: a police state. Chaos is a win-win for government. Why else do you think we have so much of it?

Does any reasonable adult think that releasing thousands of violent felons can possibly have a result other than chaos? Or that the loss of tens of thousands of good-paying energy jobs and the millions of wage jobs (retail, restaurant, transportation) that evaporate with them can result in anything else? Or that anything other than chaos will come out of the restart of the ever-failing “two-state” “peace process” in the Middle East? Or that no-bail and shoplifting-isn’t-a-crime policies will result in low/no crime? Or that our constant wars for, literally, generations, introduce into  foreign lands anything other than chaos? Or the accelerating influx of illiterate immigrants to a first world economy can result in anything else? 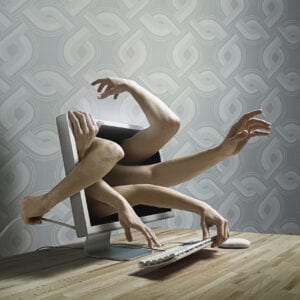 Many hands makes a complete mess.

Welfare does what? Pays people not to work. The absurd Covid lockdowns served no medical or health-related purposes – and we know now that the political establishment knew this all along.  What do unemployed people do? Those working to further the Universal Basic Income agenda tell us these people will be free to express themselves in art, literature, music, to be the people they can become if they no longer are “locked into” a workforce.

Seen a lot of new art, music or literature in the past 16 months? No? Hmm… What have we seen in that time frame? Kenosha. Portland. Chicago. Riots, lootings, arson, murder. What do people do if they aren’t working? Look around: They burn cities, murder innocents and generally get in trouble. "Idle hands" has been a saying for millennia... for a reason...

This past month, evidently in celebration of Juneteenth (an odd holiday for lbacks and Democrats to honor as it celebrates the day Republicans freed the last of the Democrats’ slaves, in Texas), a peaceful twenty-something Puerto Rican couple in Chicago was dragged from their car and shot dead on the street. Many people watched. So did their children. Not violating the community standards of Facebook, this horrific murder was broadcast on that morally-upright social media platform for the world to see.

What was this shooting representative of? Chaos.

Portland has been burning most nights for over a year. Has the government stopped it? Our esteemed vice president, Giggles Harris. told us these riots must and should continue. OK – they have. Trump wanted to use the Insurrection Act to put down these rioters and murderers well over a year ago – but was talked out of doing so by… the political establishment. 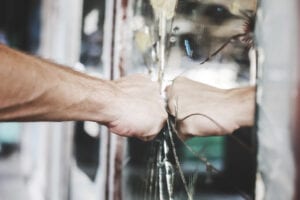 How do we reduce chaos and resolve the situations in that breed it? Education, law enforcement, and criminal justice policies aimed at enforcing the laws our "representative" legislatures pass.

If the State did not want chaos, would this be the case?

We have laws against illegal immigration; interestingly, this is why it’s called “illegal.” Who refuses to enforce them? The political establishment.

We have laws against criminal behavior. If a cohort decides not to follow those laws, the refusal by the political establishment to lock them up will not cause those laws suddenly to be followed, to the consternation of all those cities that defunded their enforcement, resulting in the acceleration of murders and violent crime we see today. Oops.

What is the point in going to war? To bend another polity to our will; it’s what war is about. But if we aren’t going to do so – then the point of war is… what? To introduce chaos. 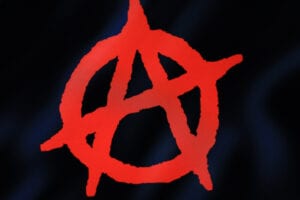 Sanctioned anarchy is a wonderful and profitable thing.

At the end of the day, what does chaos bring? Profit to leftist think tanks and advocates of lawlessness, huge profits off taxpayer monies to defense contractors. Profit to enablers of illegal immigration. Profit to “teachers” who can’t – and now simply won't -- teach. Government-mandated profits to those who seem  to think that sustainable energy is real (we used to call this a “perpetual motion machine,” and you can still find hawkers of them on the internet).

And what do these many and varied people do with these profits? Fund more government to keep the chaos coming.

Why does the government not want peace marked  by abundant energy, an educated and healthy citizenry, and laws – immigration, and other – passed by legislatures and then enforced? Because only an intelligent government is interested in meeting the needs of its constituency rather than "resetting" that constituency to meet the needs of government.

Does anyone think we have an intelligent government? Does anyone respect our lawmakers? Even campaign donors don’t: who respects someone they can buy?

If they’d just been straight with us over Covid, if we had an intelligent government treating us as responsible citizens, tens of thousands of lives would have been saved, millions of jobs and hundreds of thousands of businesses would not have been lost, and millions would not have been idled by welfare. How many millions of lives would have been saved had they been straight with us over foreign “wars?” How much prosperity will be lost due to the greendoggle?

What we need is an intelligent government that has our consent and will reduce chaos. What we have is chaos.