The late conservative economist Herb Stein was the author of a law of economics that says “If something cannot go on forever it will stop.” Pessimists looking at China’s Great Leap Forward or the Soviet Union’s Lysenkoism-induced famine remind us that even if that “something” stops it can often cause immeasurable harm until it finally does.

The California Public Employee’s Retirement System (CALPERS) which controls $444 billion in assets for the benefit of two million state public employees, retirees, and families is certainly putting Stein’s law to the test. For twelve years it has been using those assets contrary to sound fiduciary principles, choosing instead to purchase stocks based on the notion of companies’ ESG (social, environmental and governance ) practices. In 2010, it committed $500 million to such investments.

The nation’s largest pension fund got a scathing performance review Monday when its new investment chief highlighted the retirement system’s underperforming returns and estimated it missed out on $11 billion in gains during a “lost decade” for private equity.

The unusually candid presentation to board members of the California Public Employees’ Retirement System, known as Calpers, showed returns lagging behind other large pensions in almost every asset class during the past 10 years, with private equity trailing the most, 1.3 percentage points. ... We underperformed every one of our peers on the upside, all with the promise that when we got to the downside we would be better protected than other funds,” Terry Brennand, director of budget, revenue and pensions for the Service Employees International Union’s branches in California, said during the public comment portion of Monday’s investment committee meeting. Instead, “we continued to underperform our peers.”

As the Journal’s James Freeman reports, last year Calpers asked one of the most successful firms, Berkshire Hathaway, to provide “more disclosures on climate-related risks and opportunities” and withheld its votes to re-elect members of Berkshire’s audit and governance committees because it was unhappy with their climate risk disclosures.

One can certainly argue that Berkshire’s performance in recent years could have been better, but does anyone think Calpers officials have a better understanding of investment risk than Warren Buffett? Calpers’ disappointing decade is another reminder that taking care of retirees’ investments requires profits, not politics.

Corporate returns are likely to be far worse this year. How long can Calpers continue playing politics with public employees’ money? Alas, Herb Stein is not around to take a guess, but ours is: indefinitely, until it can't.

Trillions of dollars sit in private trusts, pension and retirement accounts, and charitable endowments, and they are targets of those who wish to reshape domestic investments, corporate governance and means of energy production. I recall years earlier when people and outfits who wished to accomplish such things bought stock and made pests of themselves at shareholders meetings, or ran well-funded public relations campaigns against investment in South African companies or nuclear energy, to take two historical examples of “active shareholding.” In recent years they’ve devised another means: pressuring trustees of these funds and fiduciary investment managers to consider Environmental, Social and corporate Governance (ESG) analyses in their investment buys. A quick Google search shows a number of providers vying to assist (for fees ) trustees in making such investments.

The most detailed explanation of the history and pitfalls of this strategy—economic and legal—is in this Stanford Law Review article:  The authors, Max M. Schanzenbach and Robert H. Sitkoff, are writing for a very specific audience and you are encouraged to read it all if you want a more complete analysis, but here’s a short take on it as it involved institutional investors, index funds , endowments and trust companies. Such investing may well place trustees at risk of violating their fiduciary duty of loyalty under which they must consider only the interests of the beneficiary.

Fiduciaries motivated, even in part, by any other thing—sense of ethics, benefit to third parties, for example -- violate their duty of loyalty. While trustees of a charitable endowment whose settlor or beneficiaries okay such considerations, might do this without violating the rule of loyalty, trustees of institutional investors, trust companies and even index funds run a risk if they do.
In the first place, the very concept ESG investing lacks precise definition.

All told, the fluidity of the ESG rubric means that assessment and application of ESG factors will be highly subjective. Like any form of active investing, risk-return ESG investing necessarily involves subjective judgments in the identification of relevant factors, assessing whether they are good or bad from an investor’s perspective, and how much weight to give each factor. However, this subjectivity makes both application and empirical evaluation of ESG investing challenging and highly contextual. As some astute commentators recently noted, “the breadth and vagueness of the factors as a whole, and the likelihood that different factors bear on different investments, present barriers to their widespread use as investment guides.

What are the social and environmental impacts of a firm’s products or practices? Is a gas pipeline better for the wildlife in the area it runs through than a solar or wind farm? (No one’s surveying the views of the caribou in Alaska who seem to love the pipeline, or the avian communities fried or turned to pate by solar and wind farms.)What are the environmental costs to producing the glass and aluminum to create solar panels or the cost of disposing of no longer useful wind turbines ?

The favorable empirical results regarding environmental and social factors, however, are not uniform. A significant concern is that managers may invoke ESG factors to enact their own policy preferences at the expense of shareholders—an agency problem for which there is also some empirical evidence. Another concern is that the extent of a firm’s regulatory and political risks may not be reflected in its ESG scoring. For example, companies pursuing alternative energy sources may score high on ESG factors but still face significant political and regulatory risk owing to heavy reliance on current government policy. Indeed, one of the Commissioners on the Securities and Exchange Commission (SEC) has suggested that the SEC has not yet taken a position on ESG disclosure in part because defining ESG factors is value laden and would involve confronting contentious political issues.

And then there’s corporate governance. Some corporate governance issues are obvious—lack of a sound auditing and accounting operation or frequent litigation losses for bad labor practices or unhealthy products. The social factors are even more subjective and not well validated by empirical evidence. The effect of sex and race diversity on the corporate board doesn’t seem measurable or even relevant to how prudent an investment might be in a company. The number of factors one might consider under this category seems inexhaustible.

The fluidity of the ESG parameters and the obvious subjectivity involved in weighing them should concern trustees. Aside from subjecting them to litigation for losses due to erroneous assessments on ESG investments, trustees can be removed, enjoined, forced to repay the trust for losses and so forth for breaching their duty of loyalty to the trust. To defend against such claims, the trustee who picks and chooses among investments on the basis of ESG strategies, must have documented analyses showing he’s made a realistic risk-loss return estimate and must also reevaluate these analyses regularly, a costly undertaking. So, to take an example near at hand, if President Obama made the cost of fracking higher through regulatory constraints on it and the trustee eschewed investing in such companies under his analysis of risk-reward, President Trump’s support for fracking certainly changes the equation. So does the I hope temporary dislocation of that market due to the Wuhan virus shutdowns. The trustee has to reconsider original action and readjust the portfolio. The risk-reward equation has shifted.

If independent analysis shows the ESG models the trustee relied upon resulted in statistically significant under-performance, the fiduciaries who relied upon those models may well have breached their duty of loyalty and be subject to litigation by the beneficiaries of the trust. And any claims that ESG investment strategies provide superior returns are far from certain. Even more troublesome in the authors’ view is this: if corporations draw a lot of ESG investment on the grounds that they are undervalued from a risk-reward standard by their lights, they may soon become overvalued. Contrarian strategies seem then to be attractive. 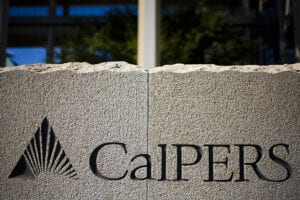 A few months ago, concerns were highlighted in a dispute involving the trustees of the California State Pension Fund (Calpers) and other major pension funds.

In the last two years, its directors have opposed proposals to sell stocks in private prisons, gun retailers and companies tied to Turkey because of the potential for lost revenue and skepticism about whether divestment forces social change. One of these directors is now urging the system, also known as Calpers, to end its ban on stocks tied to tobacco, a policy in place since 2000. “I do see a change,” said that director, California police sergeant Jason Perez, in an interview. “I think our default is to not divest.”

Calpers isn’t the only system wrestling with these new doubts. Rising funding deficits are prompting public officials and unions across the U.S. to reconsider the financial implications of investment decisions that reflect certain social concerns.

The total shortfall for public-pension funds across the U.S. is $4.2 trillion, according to the Federal Reserve. New York state’s Democratic comptroller and unions representing civil service workers oppose a bill in the Legislature to ban fossil fuel investments by the state pension fund. In New Jersey, Gov. Phil Murphy, a Democrat, vetoed legislation last year that would have forced divestment of state pension dollars from companies that avoid cleaning up Superfund sites by declaring bankruptcy...

The board now plans a comprehensive review, scheduled for 2021, of all of Calpers’ existing divestment policies, which include bans on investments in companies that mine thermal coal, manufacturers that make guns illegal in California and businesses operating in Sudan and Iran.

And then there are outfits like Black Rock which seemingly to court millennial investors are weighing such factors. Is it, in danger of violating its duty of loyalty? Bernard Scharfman thinks they may be.  He hints that this virtue-signaling may be an effort to draw in Millennial investors, and discusses the practical limitations of Black Rock’s stated plan to weigh companies’ stakeholder relationships in weighing investments. He says this sort of shareholder activism may breach the duty it owes to its own investors:

So while Black Rock’s shareholder activism may be a good marketing strategy, helping it to differentiate itself from its competitors, as well as a means to stave off the disruptive effects of shareholder activism at its own annual meetings, it seriously puts into doubt Black Rock’s sincerity and ability to look out only for its beneficial investors and therefore may violate the duty of loyalty that it owes to its current, and still very much alive, baby-boomer and Gen-X investors. In sum, if I were running the Department of Labor or the Securities and Exchange Commission, I would seriously consider reviewing Black Rock’s strategy for potential breaches of its fiduciary duties.

If people really want to put their money into virtue-signaling instead of reasonable returns, why doesn’t someone just create a Virtue Fund? Investors would agree not to hold the managers of it accountable for losses as long as the investments tickle their fancy. That would leave those of us such as the Calpers beneficiaries who rely on secure returns to use more traditional measures of risk and reward (like debt-equity, dividends and price-earnings ratio) which have an historical measure of efficacy.