Skint and owing £1000, Lord Blackadder faces the wrath of the perverted Bishop of Bath and Wells and the fate of being buggered by a red-hot poker. Valiantly trying to save him by making gold, his incredibly dim-witted friend Lord Percy instead makes ‘pure green’. Not gold! Blackadder points out.

Think of Percy’s quest as a metaphor for the quest of today’s climate activists. Instead of gold, they’re after carbonless energy. Alchemy rethought through a climate prism. And, to boot, with a religiously-convicted single mindedness. Pure "green."

Consider the attitude of those working for the myriad of agencies in each western country dedicated to completely greening the production and consumption of energy. I’m not a mind reader, but in Australia I can’t spot doubt. Just group-think. No evidence of robust internal debate. None escapes into public view in any event. Presumably no one is hired who doesn’t fit the mould.

Catastropharians all -- skeptics shunned -- they’ve fixed on their fanciful quest without at all questioning its feasibility. Percy’s problem. Fortunately, Blackadder found another way. If sense is not soon restored, we might be stuck with pure green and, figuratively speaking, with Blackadder’s blazing nemesis.

One way to appreciate the infeasibility of decarbonisation is to lay bare the fantastical plans for its achievement; by whichever climate agency, in whichever country. Incidentally, this is not necessarily straightforward. Common to all plans are grand visions and longwinded bafflegab. Thus, I was unsurprised to learn of the length of New York’s Draft Scoping Plan to radically reduce emissions. All 330 pages plus appendices were released on December 20.

Everything’s bigger in New York. So, Australia’s reports tend to be shorter but remain competitive in the visions and bafflegab stakes. Which brings me to Australia’s equivalent of the DSP, the Integrated System Plan (ISP) to transform the production and consumption of energy. This plan, released also in December, was issued by the Australian Energy Market Operator (AEMO); the agency responsible for keeping the lights on.

The ISP is just ninety-nine pages long. Even so, I admit to not reading it all. Too little fortitude. However, the eight-page executive summary suffices to reveal its innards. Net-zero by 2050 is the goal of course but, to ease concern, we are told that power will remain “affordable, reliable and secure.” Take it to the bank. Every pie-in-the-sky plan to do away with fossil fuels contains the same placating, empty assurance.

The plan calls for ‘delivered electricity’ to nearly double by 2050; from 180 terawatt hours (TWh), to 330 TWh. Bear in mind, we are told, this electricity is needed “to replace much of the gas and petrol currently consumed in transport, industry, office and domestic use.” And this, seriously folks, without coal and natural gas which presently account for about 75 percent of electricity generation.

To stretch credulity even more, the forecast in the plan of how much electricity will be required by 2050 looks way too low. The economy will at least double in size over the next 28 years, under conservative assumptions about immigration and per-capita economic growth. But hold on. I'm assuming, naively perhaps, that people in 2050 are still enjoying unrationed heating and cooling, red meat, freedom of personal travel, and other dissolute pleasures.

Note, excluding the hydrogen bit, by “a nine-fold increase in utility scale variable renewable capacity.” Meaning in common parlance, nine times the current number/size of wind and solar farms. Where will they be built?

Much of this resource will be built in renewable energy zones (REZs) that coordinate network and renewable investment, and foster a more holistic approach to regional employment, economic opportunity and community participation.

Blue-collar workers and their families can relax. Look forward to holistic experiences. Starry-eyed boys and girls with university degrees have the conn.

Also required, we’re told, is “a five-fold increase in distributed photovoltaics capacity [and] substantial growth in distributed storage.” To again interpret, this means many more solar panels on roofs, complemented with household battery storage. Are there enough bribable and/or willing roof owners?

I presume this hypothesised blanketing of land with turbines and solar panels has been fed into a computer model. Hence, I’ll gullibly take it as given that on a good day all of this wind and solar infrastructure, in the extremely improbable event it is ever built, together with existing hydro, would do the job. But then there’s night, and stormy days and nights, and windless days and nights.

According to the plan, three times the current amount of standby power, equal to 620GWh, will be required to underpin the system. Or to put it into plan-speak: “significant investment is required… to treble the firming capacity that can respond to a dispatch signal.”

Again, I have no informed view about the numbers being spat out. But just suppose the envisaged standby power is not enough. Modelling has been wrong before, I vaguely recall; and wind capricious. Result blackouts? Am I being vexatiously querulous? 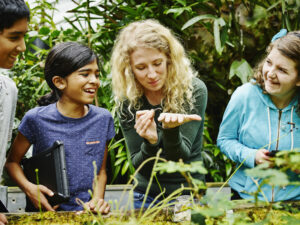 Apropos the wind- and sun-dependent state of South Australia over the Christmas to New Year week. Renewable energy hit a peak of 130 percent of demand, a trough of just 4 percent and everything in-between. Not unusual. Is that any basis for delivering dispatchable power, adults might once have asked? Ah, the old days, when common sense had a look in.

Where is the so-called firming to be sourced? Gas is in the mix but, as the plan says, “over time, its emissions will need to be offset, or natural gas will need to be replaced by net-zero carbon fuels such as green hydrogen or biogas.” These zealots are not for compromising.

What else is in the mix? Predominantly batteries and pumped hydro. Good luck in getting dams built to supply additional pumped hydro. Environmentalists detest new dams as much they detest coal and human fecundity. Finally, demand responses are brought into play to help manage peak loads. A euphemism for rationing supply.

Shambles ahead, from Sydney to New York. Indelicately speaking, I foresee the Bishop of Bath and Wells, poker in hand, ready to collect a debt.