Happy New Year from Lyford Cay! I can’t imagine being anywhere else but here—away from border closures and shuttered shops. We are proving that there is life during Covid. Common sense would tell us that commercial flights and large resorts are a recipe for shutdown. Here… we wisely have none of that.

After big fireworks last night we ended up dancing on the beach, but it was mostly the guests of residents who don’t know the way of things here and stayed out late. That’s the thing with the non-residents… even if they weren’t frightfully easy to spot, one can always sense them nervously tugging at their pockets for vibrating cell phones that are a big no-no in this club and so many others that they obviously haven’t frequented.

The residents are of course mostly all lovely people, who’ve made their mark and can now focus on the things that matter. Speaking of just that sort, I had so wanted to talk to philanthropist Louis Bacon about all things environment. We’ve a strong contact in that one of my clients -- well, my former client -- is a big to-do in the Audubon Society. And Louis has received the actual Audubon Medal. 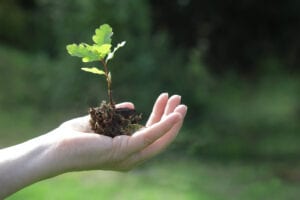 I haven’t had the chance to talk to him owing to the fact that my hosts are on the Nygard side -- that’s Peter Nygard, who shares a property border with Mr Bacon and for whom a once-peaceful adjacency eventually led to duelling feuds and some sort of federal racketeering suit in Manhattan. I had hoped to at least bump into his wife but she’s a second wife and… well you know how those things go.

I've heard whispers that he's not really as committed to the environment as he seems to be,  and he did sue Wikimedia for publishing some bits he considered libelous, and there was even some suggestion of foul play when his estate manager was found floating naked in a hot tub, but I refuse to believe that someone who gives millions of dollars and thousands of acres for easements and wildlife could be in it for the wrong reasons.

I have to assume such a beef was bound to happen as their houses (the Bacons and the Nygards) are on the beachfront where the homes get quite close to each other, and in that area, one man’s dining room is only 200 feet from the other’s revolving acrylic discotheque.

As for Mr Nygard, my hosts maintain there is mostly nothing to the FBI raid and arrest at his fashion empire on charges of sex trafficking and racketeering. Here in Lyford he’s mostly disliked for his efforts to dredge the sea floor around his estate that eventually caused his cay to be seized by the Bahamian government. And then something caused a puddle that caused a feud between neighbours and here we are. As I’ve heard daddy say, one man’s cocktail party is another man’s sleepless night. Whatever the ruckus—he was awarded the Queen Elizabeth Diamond Jubilee Medal. 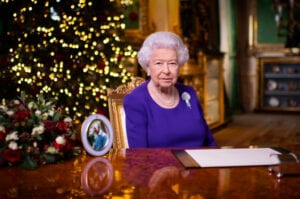 Happy New Year to you too, Ma'am.

Which got me to thinking… I should just go and chat up Her Majesty’s newly remarried (and newly gay) cousin Lord Ivar Mountbatten. He and daddy are quite chummy, and I met him with his daughter Ella at the Royal Windsor Horse Show. Surely he’ll make the introductions—landowners tend to be big environmentalists.

This year, rather than silly resolutions I’ll be making significant intentions that support, empower, and manifest a joy-filled existence. I think it’s so important.

I made my way down to the New Year’s brunch in the pink tented dining pavilion. I was seated with some Austrians and I got excited that they might know Mr Bacon. Yes I know he’s an American but he obtained Austrian citizenship due to a special treatment for celebrities who have provided notable achievements for Austria. No one seems to know what the notable achievement was, but I hoped they were his guests. Sadly they were not, and didn’t know the least thing about him despite his celeb-status.

Once they heard I lived in Los Angeles they wanted to talk election stuffs and rant about Trump. I wasn’t sure what he’d done to them specifically but they seemed in favour of the Paris Climate Agreement. Well, so am I! Very much so, but I wasn’t stupid enough to think anyone could slip it past the Americans and hope they wouldn’t realise they had to comply more and pay more than anyone else.

I was quiet for a bit. Where were the Austrians who stood on principle so very many times? Not to mention they were the first to say there was “no path back” when one of their stupid teens ran off to be a brood mare for ISIS. This was a puzzlement. And so I began:

“Is it Americans you dislike? Or do you simply share an all-consuming love of our planet?” I asked in the queen’s English. What followed was such nonsense I wondered how they could claim to stand for anything. I changed the subject so deftly I’d have made even Judith (mummy) proud. I just don’t get the blanket hatred for America thing… all things considered-they really are good caretakers of our earth. 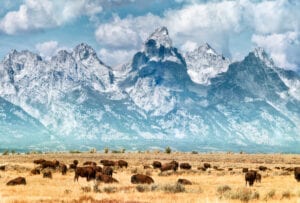 I asked them where they stood on Austria’s drastic move away from coal? They had no informed opinion. On their very own MAGA (Make Austria Great Again) rockstar Sebastian Kurz? Didn’t know. Nygard vs Bacon? (OK that was totally unfair but these two were getting on my nerves). But they somehow knew they were right to hate America for pulling out of the Agreement and didn’t have to be the informed sort of haters.

I lied about how much I’d enjoyed talking to them and excused myself. These two were such boors and were hardly going to help me manifest my higher purpose to save the planet. And no sooner had I focused on my destiny than I found a handsome hedge fund billionaire to chat up. Happy New Year Everyone!