I’m headed back to Annabel’s country house and not a moment too soon. The earth has become just a bit too stupid for me with the world’s most unattractive people literally barking through their masks at someone who is either not masked, or not masked well enough to suit. Self-professed experts every last one of them. Google Graduates is what I call them. And where do all these people hide the rest of the year? We don’t see them at Equinox or in church or at the cosmetic counter because these are the ugliest people on the planet —the people who creep out at night and find the only open chip shop and skulk home undetected. Yes, I know I’m being very naughty today but honestly why step out into the world if you are just going to pollute it with your trés désagréable ways?

And if I may…didn’t they watch the NHK videos that showed how yelling like a fishwife pushed more micro-droplets into the air? Granted I likely missed bits in the translation, and it is unlikely the Japanese have an equivalent for “fishwife” but I think you get the picture. And don’t they know that commercial and industrial masks with valves are made specifically to keep nano-particles from being breathed IN? They are one-way masks, suited for industrial environs, and the wearer expels wholly unfiltered air—so in society they are the absolute limit in selfishness. But it is always these people yelling at the rest of the world, expelling the most micro-droplets—and the most hatred. Most assuredly these are also the people littering my beloved oceans with their discarded masks, gloves, and bottles of hand sanitiser—coming soon to a sea turtle near you.

Inches from the gates of grace and civility (Annabel’s), I was dying for a cup of tea. I’d traveled over two hours by motor car and had a devil of a time finding a hostess gift that could be wrapped and delivered today. But Annabel did not greet me, nor did anyone I recognised, just someone who asked my name twice and led me to a different room than I was accustomed to. I used the time to answer emails from my beauty followers, paid my bills back in Los Angeles and slathered on a gommante mask. I fell asleep straight away waking up with a very tight and cracking plaster coating that had also dripped into my ears and hardened. Clearly I would have the most exfoliated ears at dinner tonight. 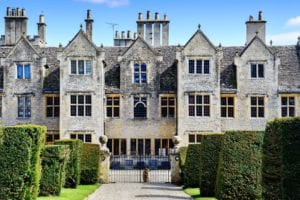 There was a quiet buzz downstairs and although I wanted to sleep through till morning I tiptoed downstairs in a fresh change of clothes that could still pass as having just arrived attire. They were of course hot, and sweating and headed up to change clothes themselves—so my outfit was a waste as I’d now be dressing for dinner as well. I hung up my linen dress and changed into a robe, set an alarm for forty minutes, and lay perfectly still so as not to mess up my hair or make-up.

I finally found Annabel, who had gotten far too much sun, and I told her so. “It’s cumulative,” I reminded, and she certainly does know better. That was the extent of my time alone with her as someone I vaguely recognised remembered my name without giving me the benefit of hearing his.

“How have you been?” he leaned in to ask as if we were actually friends. Lord, why this person when I never even got that cup of tea?

“Surely you know,” I said, hoping this would put him off. But forty minutes later he was seated across the table, and no I hadn’t remembered his name in forty minutes time.

“Well you two looked to be sharing the most delicious secret.”

Seriously, who is this clown? I took a large gulp of wine, changed my countenance, and behaved as though we had indeed changed the subject. If he wasn’t leaving by morning I was going to have to talk to Annabel about future seating arrangements.

“Yes, that’s right,” I said, “partially right. I’m a life coach who has done some very important things for the planet but I’m not an environmentalist by profession. And Trevor… the gentleman who was a guest here... did mention some business in South America but I really can’t speak for him.

Just then Annabel shot me a look as if to say sorry. I needed rescuing, and well beyond his conversation, I could barely keep my eyes open. I motioned to Annabel and slipped away up to my room. Exhausted I unzipped my cocktail dress and flopped onto the bed; teeth and mascara would have to wait as I fell into the deepest coma-like sleep and didn’t wake up until several hours later.

Oh how I now wished I was back in Hawaii, with piles of days ahead of me and no one to care about the hours I kept. Where I could sleep and wake and sleep again like a never-ending Saturday of my youth. There was a text on my phone asking if I could do a ten-minute COVID beauty cameo on a friend’s show. Seriously? COVID beauty? She must just mean a repeat of my clarifying treatments when wearing masks. I looked at the time, texted “yes” and set my alarm for another three hours. This too was interrupted. Annabel needed me for some reason or another and couldn’t come herself.

I checked my face in the mirror, I looked fine actually, my hair still pretty much perfect and my eyes a deeper green than usual. Odd that, but I couldn’t go down in my cocktail dress—or could I?

When I got to her Annabel was burning up. Something more than a low-grade fever and of course not a thermometer in the house. I found paracetamol in her cabinet and then went straightaway to make a fever-reducing tonic I’d learned from a Russian woman, the smell of which is not altogether pleasant but the result, nearly instantaneous. An hour later I was having to re-apply as we waited to hear from her doctor. I set my alarm for every two hours, repeating all of my witching treatments and forcing her to drink the various things I thought would help. I mean, I knew they would help I just didn’t know how many I could get her to swallow before she declared me her mortal enemy. 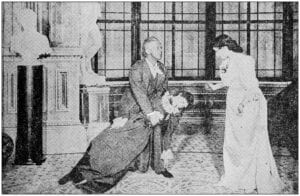 I was still in my cocktail dress.

Her fever was substantially lower to my touch—nearly gone, so I set her housekeeper to task with making only slightly more edible soups and dragged Annabel into her dry sauna. I hate saunas myself and I was exhausted. She must employ half the county and it’s down to me slaving over her?

The doorbell rang, it wasn’t the doctor but Annabel’s hostess gift a day late. When the doctor finally did arrive I wanted to throttle him but I was still in my cocktail dress. He did little to see how she was faring and went straight away to testing her for Coronavirus. Then me, then everyone else in the house. I made him do my test a second time because I had no fever and despite being rather tired, I felt fine, and neither of us had coughed.

More importantly, I gave him the slightly enviable task of sending Annabel’s guests packing. And now I’d never have to learn the philistine’s name. I’d missed doing the spot on my friend’s beauty show but now I had a COVID beauty vlog of my own—everything from fever magic to preventing broken capillaries because let’s be honest…nearly everyone recovers, and when one looks better, one feels better. Isn't that right?