“Gaia is Angry” was a popular Green slogan some years ago, and its message was later transmitted in the 2017 Jennifer Lawrence movie “Mother!”—a biblical allegory of how Man destroys God’s Creation by his careless devastation of the world’s resource and makes Mother Earth really, really, well, mother-bleeping mad. The result is global warming among many other plagues.

Or maybe not. Cinema audiences were confused by the allegorical plot, and attempts to explain it confused them further. One made it seem that God was the villain because his over-ambitious male creativity was constantly upsetting a Cosmos that Gaia’s gentle female touch might otherwise have made a little bit of heaven.

That’s the problem with allegories. They ride off furiously in all directions. Let’s get down to earth. 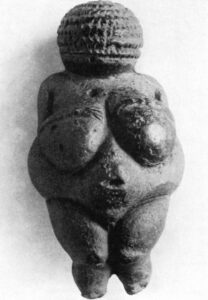 Gaia began her career as the goddess who represents the earth in Greek mythology. She was brought down from Olympus a few decades ago by the British scientist, James Lovelock, to give a divine face to his scientific definition of the Earth. Lovelock’s description of the earth is in fact a cool, rational one and it was well-summarized in the Summer 2020 issue of The New Atlantis by Joel Garreau, professor of law, culture and values at Arizona State University, as follows:

The physical components of the earth, from its atmosphere to its oceans, closely integrate with all of its living organisms to maintain climatic chemistry in a self-regulating balance ideal for the maintenance and propagation of life.

That’s a long way from seeing Gaia as the vengeful goddess seeking to punish her rape by murdering her assailants which is the admiring deep green view of her. It’s not even an attempt to personify and feminize the old-fashioned philosophy of pantheism (i.e., God consists of Everything all rolled up together) that the Victorian Scottish critic, Andrew Lang, summed up in the following verse drawn from the religion of cricket:

I am the batsman, and the bat,
I am the bowler, and the ball,
The umpire, the pavilion cat,
The roller, pitch, and stumps, and all

Lovelock’s view is a scientific analysis that treats human beings as valuable participants in nature and proposes to protect them (i.e., us)  by  geo-engineering solutions to global warming—e.g. spraying stuff into the stratosphere to reflect the sun’s rays back into space-- of the kind we used to hear from the late Edward Teller. It’s a good thing for Lovelock that his admirers don’t read him, as both he and Garreau concede, and so don’t know that Gaia is not quite the nice progressive girl they took her for. 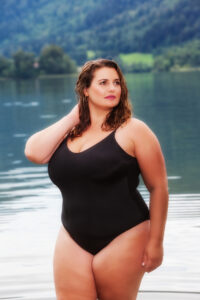 That is small comfort to the rest of us, however, for Gaia has escaped from her Pygmalion and now wanders around freely, accepting not only the worship of Greta Thunberg and her New Age children’s crusade but also that of senior converts from established religions who seem to believe that she’s already a Christian saint—it’s just that she hasn’t been canonized yet. That’s the culmination of a slow movement by the Christian churches to adopt more and more of the Environmentalist Creed as the Christian creed seems less and less sure of itself.

When Gaia was first presented to the world by Lovelock, there was still some theological resistance to the new secular religion of environmentalism on the grounds that it saw humans not as part and parcel of the nature that ecologists seek to defend but as a plague or “bacillus” that is a threat, maybe a mortal one, to the Earth. Christians and other critics saw Gaia worship as a kind of hostile and aggressive pantheism, and in some of the policies it advanced—notably, population control or reduction, including support for abortion as a right—as self-consciously hostile to Christianity, especially Catholicism.

That suspicion has now vanished down the memory hole of Western Christianity. A few Catholic intellectuals, theologically serious about religions that rival Christianity, continue to resist Gaia’s charms. Otherwise, however, green policies are now a main orthodoxy of the Catholic and mainstream Protestant churches, and Professor Garreau see signs that U.S. evangelicals are increasingly converting to Gaia too.

He envisages two streams in the broad overall Christian exodus to Gaia diverging from each other: the less extreme is what he calls “the greening of Christianity”; the more extreme is a Calvinism-derived “carbon fundamentalism.” The first theme is reformist and open to practical compromises that improve the world’s carbon footprint without solving all climate problems; the second is a totalist approach that subordinates everything to the emergency need for net-zero carbon reduction. It is authoritarian in its politics, punitive towards those who disagree with it, aka mortal sinners, and has no provisions for compromise with the Devil or even for forgiving those who repent.

(It’s worth noting here that Andrew Sullivan has just written a column arguing that if Republicans were to adopt a mix of climate solutions—notably, nuclear power plus innovative new clean energy technologies—it would have a good chance of solidifying its support among electoral groups that closely resemble Christians who have undergone “greening.”  So we're talking electoral politics here as well as faith-based policy solutions.)

Professor Garreau makes a persuasive and reasonable case, and I’m inclined to agree with eighty percent of it. But the twenty percent on which we differ is also worth examining. It comes down to three things:  (a) are these two streams of Christian environmentalism really diverging? (b) does religious environmentalism develop a mistaken dogmatism unsuited to secular controversies? And (c) do the newly green Christian inevitably abandon Christian perspectives and Christian language when they are discussing climate change. 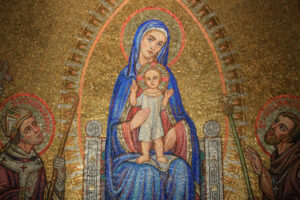 Queen of the May.

First, it’s my impression from reading Christian apologetics on the environment that these two “new traditions” are not so much diverging as that carbon fundamentalists are gradually gaining influence and leadership over the newly-Green Christians (maybe born-again environmentalists?) Consider, for instance, a recent survey of Anglican beliefs on public policy, Rotting from the Head: Radical Progressive Attitudes and the Church of England,  from the UK think-tank Civitas, which consists largely of quotations from Anglican  sources on how they are committing to Green and other progressive causes . It’s summed by one statistic:

Over 70 percent of all Dioceses (71 percent) appoint clergy who promote climate activist warnings and calls for recognition of the ‘climate emergency.’

But that statistic does not convey the radical character of what a large majority of Anglican bishops and priests are advocating: they assume the truth of the most extreme forecasts of climate emergency, propose the most extreme solutions to it with no serious consideration of their impact on human life and well-being plus no serious consideration of trade-offs, and urge support for civil disobedience by Extinction Rebellion and other social activists on the grounds that the “climate emergency” is too important to be left to democratic decision-making.

In other words, the carbon fundamentalists are leading their moderate religious allies towards the most extreme rhetoric and policies of a form of environmentalism that is utopian, pessimistic, authoritarian, and anti-democratic. That's a very bad fit with most of the Christian message and as a result it produces a number of perverse effects.

One is the second difference I sense with Garreau: that many Christians converted to Gaia embrace global solutions which take little or no account of their overall impact on people. In particular, as Bjorn Lomborg has pointed out, they violate the commonsense rule that the costs of a remedy for climate change should not be higher than the costs of climate change itself. When we cease to apply such tests to climate policy, we're not doing what Christ wants; We're substituting moral vanity for thought. Such broad-brush errors are not, of course, confined to Anglicans.

Pope Francis won’t be at the U.N. Climate Change COP26 conference in Glasgow—almost certainly for medical reasons—but he will be there in spirit. Only two weeks before it opened, he made a series of demands upon the world “In the Name of God” which began with a request to “the great extractive industries–mining, oil, forestry, real estate, agribusiness–to stop destroying forests, wetlands and mountains, to stop polluting rivers and seas . . . “ and in short to stop destroying the environment for their business. 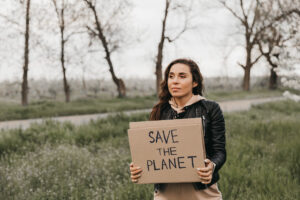 Since Pope Francis is known for deploying ambiguity in argument, we can legitimately ask what he means here. If his meaning is that mining companies should clean up after their activities, he is amply justified. If he means that they should treat the environment in general, including local peoples, with respect, ditto. But if he wants an end to mining fossil fuels asap, as some have interpreted his words, then we must point out that today fossil fuels provide eighty-five percent of the energy for the world, that there is no possibility they can be phased out in anything like the near future, and that if they were to be phased out prematurely, the poor and marginalized in all countries would suffer dreadfully in ways for which neither taxpayers nor “corporations” could possibly compensate them.

That's something that Catholics in particular must consider seriously. Catholic social teaching is blend of moral principles on which the Pope is an authority and practical secular knowledge which is the province of the layman. That’s why its judgments tend to be balanced and to seek to reconcile conflicting legitimate interests. That is not the spirit in which Christianity’s carbon fundamentalists approach climate policy or reform in general. In their moralistic zeal to punish what they see as evil, they risk destroying the huge gains in living standards—several billion Asians lifted into the global middle class since 1989—that are rooted in cheap carbon energy. That fierce spirit has spread to all of Gaia’s new Christian converts. But they don’t know what they do.

And, finally, that spirit is reflected in the language that Christian preachers too often use in debates on the environment. Simply look through the twenty-seven pages of Rotting from the Head devoted to statements by Anglican bishops and priests and you find  very few traditionally Christian terms justifying their radical green demands. Their rhetoric is drawn largely from the radical progressive wing of climate Christianity which is itself shaped by a punitive godless Calvinism.

There are very occasional references to Christian stewardship or God’s Creation—and that’s it. Interestingly, there are even fewer rebukes to radical Green attacks on human beings as a plague on the planet. And most interestingly of all, there are many fire-and-brimstone punishments threatened to polluters, “deniers,” and the merely uninterested. Except for the elect in Extinction Rebellion, we are all guilty.

But punishments imposed by Whom? God is no longer allowed by progressive Christianity to threaten such things. It seems that for a satisfying denouement we’ll have to rely upon an “Angry Gaia." And unfortunately, as we have seen, Gaia’s thunderbolts are more likely to strike the sheep than the goats.