"Do you not know. my son, with how little wisdom the world is governed?" That’s a famous remark by a Swedish statesman, Axel Oxenstierna (1583-1654), one of the most celebrated men of his time who is now largely forgotten except by historians. He gave that advice in a letter to reassure his nervous son that he need not worry about the diplomatic negotiations in which the young man was about to engage because he wouldn’t find them that difficult. Message: Don’t be too impressed by important people, son. They may have no idea of what they’re doing.

Most people recognize the wisdom of this remark on hearing it but they’re not always able to explain why. My own view is that many of us get it wrong. We think Oxenstierna is deploring the low vices—greed, ambition, jealous rivalry, etc.—that lead people in positions of power into corruption and disaster. Such things happen and they produce bad results. But the disaster arising from greed and corruption are fairly minor compared to those produced by great schemes of idealism so virtuous that no one opposed them on grounds of cost for fear of seeming petty. They’re the really big ticket items.

That was brought home to me this week when I came across a televised debate in the U.K. House of Lords in June 2019 in which Viscount Ridley (in private life, Matt Ridley, author of The Rational Optimist and Innovation, and on climate change a “lukewarmer”) was complaining the British government didn’t seem to have conducted a cost/benefit analysis of its decision that the U.K. would eradicate its net contribution to climate change by 2050.

In fact, when Prime Minister Theresa May announced the decision the previous week, she had said proudly: “This means the U.K. will be the first G7 country to legislate for net-zero emissions.” (Tory cheers!) Ridley was less proud because he thought that spending a vast but unknown sum to reduce U.K. carbon emissions to net zero by 2050 without first discovering what it would cost or what benefits it would deliver suggested a spirit of light-hearted financial abandon.

“We’re faced with a measure,” he declared, “that is likely to cost at least a trillion pounds on top of the 15 billion pounds a year that we’re now spending on subsidies to renewable energy. Let’s remind ourselves for a second just how big a sum a trillion pounds is. If you spent a pound a second, it would take you thirty thousand years to get through one trillion pounds. You’d have to start before the peak of the last Ice Age where woolly mammoths and Neanderthals roamed across a tundra where we now sit.”

Ridley went on to point out that when you added in the costs of other measures to reduce emissions—converting gas-heated homes to electricity, switching to hydrogen-based fuels, etc.—the total costs of U.K. policy came to something like £2.8 trillion. Similarly, writing in the monograph Greenhouse Emissions: the Global Picture, Martin Livermore estimates the various costs of government measures to mitigate climate change as likely to present every family in Britain with a bill for 100,000 pounds.

These are massive expenditures—so massive that we have no real sense of what the statistics mean until someone like Ridley takes the trouble to express them in an arresting way. That explains why two of the earlier speakers in the Lords debate had dismissed them implausibly as “nickles and dimes” and “manageable.” These Brits had already swallowed Everett Dirksen’s Kool-Aid: “A billion here, a billion there, and pretty soon you’re talking real money”—except that a billion’s no longer real money.

And, finally, they are being spent at a time when other vast sums are being allocated both to treat patients suffering from Covid-19 and to sustain the living standards of workers made unemployed by the lockdown even though the expected recession will greatly reduce revenues going to the Treasury. 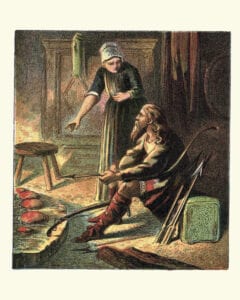 Burning bread since the 9th century.

A certain giddiness has seized the minds of hitherto sober politicians and officials. If you ask the question: “Is the U.K. taxpayer getting decent value for the expenditures being made on his behalf,” you’re likely to be told that’s not the point. What is the point then?  It’s to save the world by setting a moral example of a mature developed nation making sacrifices for the common good of the world by moving to a net-zero carbon economy.

That arguments falls at more fences than there are in the Grand National. We exaggerate our sacrifice. Much of the fall in Western carbon levels comes from moving our industries overseas to Asia and then importing the goods they produce back to home. Our consumption levels still push up carbon levels. Even if we went without those goods, that would persuade Asians not to cut back on carbon emissions but to look for new markets. They want higher production and higher standards of living which, in the absence of major technological breakthroughs, will require greater use of fossil fuels and higher carbon emissions. And for Western countries to make the deeper emission cuts promised by their leaders, that would mean much higher electricity and other fuel prices and a much reduced standard of living, inflicted on Western voters by their own governments. Even then, in the case of Britain, it would have no impact on global emission levels because the U.K.’s share of them is so small.

As the Brits were making these painful but pointless sacrifices for the common good, China, India, and the former developing countries would be surging ahead and pushing up carbon emission levels ahead of themselves. Indeed, that’s exactly what they are doing and why carbon emissions are not falling but rising. Among other consequences, the shift of economic and financial power (and ultimately of military power too, as we’re starting to realize) from the West to Asia would be greatly accelerated by our own energy policy!

And what makes the position of Western governments still more uncomfortable, as Livermore points out, is (1) that their long-term strategy for getting to net-zero is neither economically nor politically plausible without carbon capture and storage technologies that don’t yet exist, and (2) that they will have to modify it by adopting energy solutions such as nuclear power that they and their peoples have rejected until now. Livermore’s picture of Western policy is like a maze with exits that close as soon as you approach them. 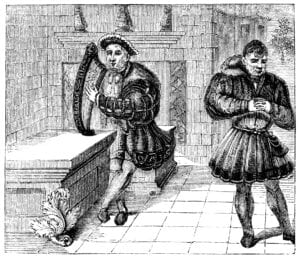 Just whistle a happy tune and it will all turn out right.

No sensible analyst thinks that the plans for net-zero carbon economies by 2050 (let alone 2030) can possibly succeed. They have no justification unless it’s an exercise in multicultural masochism and the politics of sainthood. The voters won’t tolerate them even if small groups of fanatical greens agitate violently to impose them or if the Eurocrats try to close down democratic access to energy policy, which Andrew Willshire recently hinted at in his Spectator piece on the EU’s new energy targets. And their enormous cost will become increasingly burdensome as the bills for so many other better causes fall due.