When threats reach a scale that cannot readily be processed, lethargy sets in. People begin to reject investigating calamities so big they cannot understand them, problems so large and so broad that even admitting their existence collapses the senses, and with them any idea, plan, or nascent strategy of dealing with the threat. It is far easier to just accept whatever it is the "experts" are saying and go along with the crowd.

People give up and accept whatever they are told by those holding the threat over their heads. They pretend it will all be over soon, and jump on the collectivist virtue bandwagon, the bandwagon that crushed 100,000,000 human beings last century. Because these issues are so big, and our reliance on experts so complete, we wind up in messes like the ones in which we find ourselves today. When individual status is based on getting along, critical thinking vanishes and society goes along, regardless of the consequences. 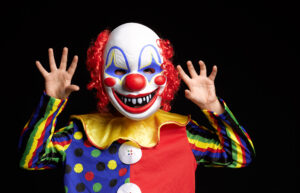 We have at least three of these threats hanging over our heads across the West today as the Baby Boomer “Summer of Love” Marcusian cohort of 1967 ages off history’s stage. Having as their life’s goal the destruction of America, the evil half of the Boomers will not go gently into that good night. Their aging explains the acceleration of the attacks on our freedom and our families of the past several years, and why these attacks on what we and millennia of our common forebears see as fundamental rights will continue to accelerate.

The three principal threats we face now are: the hoax of "climate change"; the manmade bioweapon of Covid-19 and its accompanying, perhaps even more lethal "vaccine"; and virulent, Democrat racism being used to attack both private and public sectors of society, our education, and the military. All are existential threats to freedoms and liberties that only exist in the West, and against which these threats have been created to extinguish.

These made-up crises have one goal, a goal that is a threat so big most seem unable or unwilling to process it: the destruction of the Western middle class: our liberty, freedom, prosperity and the futures of our children, Covid was a bad flu to older people and a minor flu to younger, there is no “anthro” in "climate change," and America is the least-racist society in history. Marxism is the goal of Western elites; they have neither time nor interest in those of us making the world go. We are today's Kulaks. Our mere presence is anathema to them, mucking-up their plans and authoritarian demands.

Each of these crises is based on a lie. Take "climate change." Even the U.N. is honest about its goal:

The middle class wants freedom, liberty, law and to live our lives with the fruit of our own labor. The rulers cannot have this, just as they cannot have us point out that Dr. Fauci and Dr. Brix have no clothes and that their “vaccine” for a pathogen that escaped from their labs is increasing infection rates wherever it goes, or that not one single un-corrupted global temperature data set supports the fantasy of “Climate Change.”

We are not going to agree that 2+2=5. Ever. They cannot allow this. Getting us to say “five” is behind these crises, as it is behind the most-expensive-and-under-prosecuted riots in our history, behind the idiocy of the unnecessary war in Ukraine, and behind the coming Ukraine-war-driven destruction of global food supplies and of the dollar as the global reserve currency. Think inflation is bad now?

The Netherlands and Canada seem intent on replicating the Holodomor, and it's coming next to America. Predictably millions will die at the hands of collectivist leadership, just as the last time. Leftists never learn; more accurately, they learn to kill better next time. Stalin only murdered 34-49 million people in the 1930s; 30 years later, Mao murdered 80,000,000. What will be the Reaper’s toll from Davos Man?

Read it and prepare for the worst.

As for Covid? Requiring a “vaccine” that, somehow, was patented ten days after the Covid genome was sequenced for the first time, a “vaccine” that prevents neither infection nor transmission, but that global data show reduces natural immunity across-the-board, that may be killing in huge numbers, and that destroys fertility, would seem to normal people to be counterproductive: 2+2=4, always and forever.

Those not starved to-death in the Third World by our rulers via ineffective and "more harm than good" Covid lockdowns and by the destruction of global food supplies for "climate change" amelioration will be far more docile than those of us in the West who, uniquely among global cultures, outlawed forced labor centuries ago. Which is why they are vaxxing us, and not them.

A fourth crisis, in fact, exists. Yet another threat so big that just conceptualizing it is problematic. And that is the fact of these elites, rulers and governments, themselves.

We will never give them their “5.” In America, we will not give them trucker strikes and manure sprays. Perhaps America’s destroyers will not give us our very own Holodomor because, we, alone among nations, have the ability, the means and the temperament to fight back.

I dare hope that all the peoples who have lived through communism will understand that communism is to blame for the bitter pages of their history.

When one is already on the edge of the grave, why not resist?

That man was Alexander Solzhenitsyn, who knew a thing or two or four about communism.

What does 2+2 equal in your calculations?