Dan McTeague, of Canadians for Affordable Energy, is dead right about Erin O'Toole's screw-ups which cost him the recent election:

O’Toole’s advisers claimed that the previous CPC campaign of Andrew Scheer had too many votes in the wrong places (Western Canada and rural Ontario) and not enough votes distributed in seat-rich (largely) urban eastern Canada. The solution: go green! Support a carbon tax and related madness. Pander to Toronto. Pander to Quebec. Then win. Here was my favourite quote attributed to an O’Toole insider, about how Conservative MPs should accept the strategy: [they’re] not willing to give up five points (in a Western riding) in order to give that to someone in Ontario for us to win there?” In other words, the CPC had “votes to burn” in Western Canada, and burn them they must in order to win over the “green” voters of Ontario and Quebec.....

In the end, CPC votes were indeed burned in Western Canada: the CPC lost 13.7% of the vote, two more seats in Edmonton and one more in Calgary. The Liberals are back in Alberta! In British Columbia, the CPC shed 70,000 or so votes from the previous election and lost 4 of its 7 CPC MPs in the Greater Vancouver Area. Altogether – so far – the CPC has lost 7 seats in the urban west, with the possibility of another loss in Winnipeg (pending a judicial recount).... But did the Western losses give gains in Ontario? The CPC picked up three new ridings in Ontario, but lost two Toronto area MPs, for a net gain of one. So, down three in Alberta, and up one in Ontario, for a net loss of two seats. And Quebec? The Tories went from ten seats to … ten seats. Zero gain.

McTeague suggests that these numbers need to be front and center as the CPC debates keeping O'Toole on as leader while his Red Tory team tries to spin the recent electoral showing as a success. Read the whole thing.

Just an update on yesterday's election in Canada, where the vote count is still ongoing, but the result is more or less determined -- it looks like it will be a Liberal minority government... just like last time. It is, in fact, hard to overstate how like last time it is:

Two quick notes to follow-up on my election article this past weekend.

First, it's nice to see the enviro-activist Tory insiders I mentioned --  Ken Boessenkool, Mark Cameron, and Howard Anglin -- wind up with egg on their faces. Their solution to the outcome of the 2019 election, when the CPC picked up the vast majority of seats west of Ontario, winning the national popular vote but losing overall, was to encourage the party to "Go Green," with the intention of flipping seats in the Greater Toronto Area. Well, the Conservatives went all in on their advice, and even so it looks like the Liberals have once again swept the GTA. Nice work, fellas.

Second, as Holly Doan points out, current estimates peg turnout at less than 59 percent of eligible voters, lowest in Canadian history and about 8 percent lower than the 2019 election. Some of this is Covid anxiety of course, but even so, this suggests a dispirited electorate, unhappy with the options available to them. Not that we should be surprised by this -- The Toronto Star reported a few days ago that Conservative campaigns were seeing a notable lack of enthusiasm, especially in Ontario, where some ridings were unable to attract more than a handful of volunteers. For all of the belly-aching about the populist People's Party of Canada splitting the vote and tipping right-of-center seats to the Liberals, had the CPC given voters a reason to go to the polls for them, they could probably have sent Trudeau packing.

In my piece I suggested an approach or two that might have been successful -- namely really representing the views of their base rather than running from them and pushing back on the Liberals' environmental policies for the pain they cause the average Canadian. This approach might still work in the future, especially as Trudeau's policies continue to damage the economy and slow recovery, post-Covid. But I don't think Erin O'Toole is capable of making that case.

My advice to the Tories would be: give old Erin the boot, tear the party down to the studs (a different kind of Great Reset, if you will), and start over by playing to your strengths. It isn't like you've got much to lose. 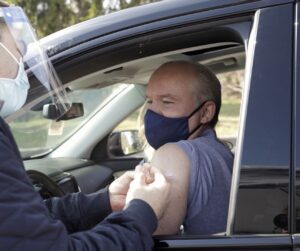 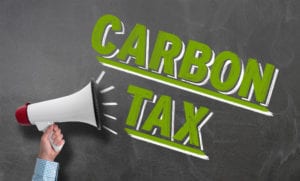