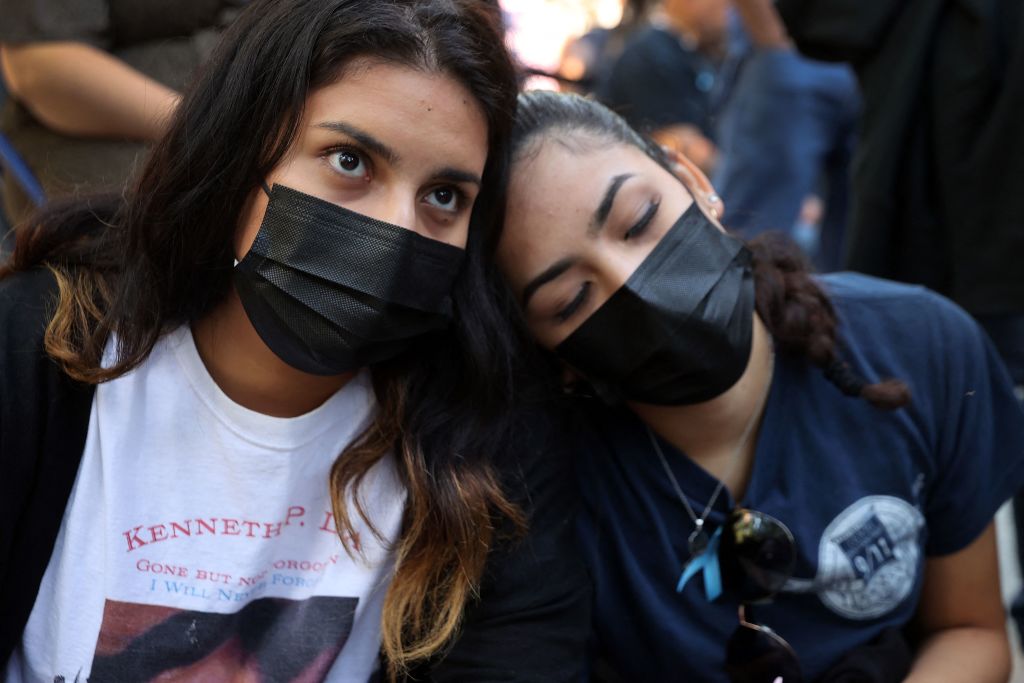 It isn’t obvious at first, but if you look at the terrorist attacks of 9/11 and COVID-19, there are stark parallels that go to the heart of what America is, and what it isn’t.

The insidious and horrific strategic and tactical brilliance of the 9/11 plot is that it relied on three deficiencies engrained in American sociology, and one critical holistic approach.

The first deficiency was that airport security was exceedingly lax.  The Israelis already understood that weapons were only one part of a threat profile, and that anything could be used as a weapon.  What Israeli airport security looked for was people who were a threat.

In 2001, U.S. airline security was handled by private companies that used minimum wage workers with minimal viable threat-detection training.  America was woefully unprepared for the possibility of box cutters, much less terrorists themselves.  We had no profiling system in place. 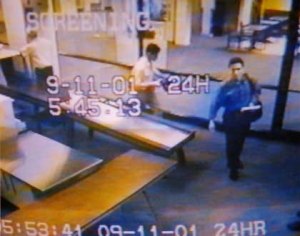 Have a nice flight, Mr. Atta.

The second deficiency was that the terrorists knew that cockpit doors could be easily breached, but more importantly, that by harming female passengers or flight attendants, the male pilots would instinctively leap to their defense – exposing themselves to harm and loss of the cockpit.

The third deficiency was that Americans would do as they were told, and remain in their seats.  Thank God the passengers of United 93 rose to the occasion, sacrificing themselves to save countless other lives.

The fourth deficiency was more holistic.  America would never see this coming.  We wouldn’t expect it from either a strategic or a tactical standpoint.  The reason the entire plot was successful was because the terrorists understood their enemy so well that they designed the attacks by using our weaknesses against us.  Whether the terrorists knew that our military aircraft were not generally armed and couldn’t shoot down a plane is unknown, but regardless, we weren’t ready for that scenario, either.

Simply put: America was not only unprepared for this scenario, it was underprepared.

Why?  Because America, particularly government at every level, lacked vision.  The problem with government is that the bureaucracy discourages innovation, forward-thinking, imagination, and therefor, preparation.

The changes in American society to adapt to this new reality were generally accepted as necessary, if unwelcome.   America has learned to live with a government-run airport security agency that functionally isn’t much better than the lax private firms.  Technology has sufficiently improved that obvious weapon threats can be detected, yet political correctness has undermined any possible passenger profiling.  A protocol exists for when pilots can exit a cockpit.  Military aircraft are armed.

Threats on board aircraft are met with swift passenger response.  That isn’t government at work, that’s normal Americans protecting each other when a clear and present danger asserts itself.

Which brings us to COVID-19.  The clearest parallel is that, once again, America was caught utterly unprepared for the scenario.  The same situation from 2001 remains: government lacked vision, imagination, and preparation.

Apparently, none of the millions of government workers in any branch of government, or at any state or local level, or at any agency such as, say, the Centers for Disease Control saw the same movies about deadly viruses that we did.

Despite the anthrax attacks, which began just a week after 9/11, government failed to have any protocols whatsoever in place.   Think about this.  The primary job of government is to defend the nation, and despite knowledge that a bioterror attack could and likely would one day happen, our government was caught utterly and irredeemably flat-footed.

The worst irony of all is that, while it appears that China was involved with intentional weaponization of the virus, it is unlikely that the release itself was intentional.  China has far too much reliance on the global economy, and the dispersal vectors would have been carefully planned and executed.

The release was accidental and yet we still weren’t prepared.   Worse, government at every level has botched the response, except in Republican-led states.

It’s been apparent since early on that the virus is primarily a threat to the elderly and those who are already in bad shape, with 94 percent of those dying being over age 65 and with an average of three comorbidities.  Yet politicians rushed to shut everything down, kept things shut down, and created even greater short-term and long-term damage by adhering to this misguided policy.

Docile Americans have been all too quick to stay in their seats, keep their masks on, take experimental vaccines, shut down their businesses, keep kids home from school, and do what they are told.   The only difference is that terrorists aren’t flying us into buildings.  No, that job is being handled by the federal government, malicious governors, and myopic county and city officials.

Think about United 93.  Those heroes didn’t stay in their seats.  They rose up and put a stop to things, and nobody told them to just do as they were told.  At least the other United passengers weren’t a hindrance.   Today, half of America not only act as hindrances to those who demand to protect their own liberties, but actively fight to suppress those acts.

Just as the TSA hasn’t made us any safer, the government response to Covid hasn’t made us safer, either.  The only people put on no-fly lists are so-called agitators who refuse to comply with the absurd demand by a federal agency to wear a mask on an airplane, despite the fact that airplanes are proven not to be a spread vector. 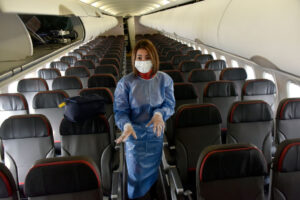 Welcome to the friendly skies.

Instead of an airport security approach of profiling those most likely to be terrorists as possible threats, the TSA has a history of harassing old ladies and children.

Meanwhile, government and willing corporate stooges are profiling average Americans and subjecting them to tyranny by forcing them to adhere to vaccine and mask mandates.