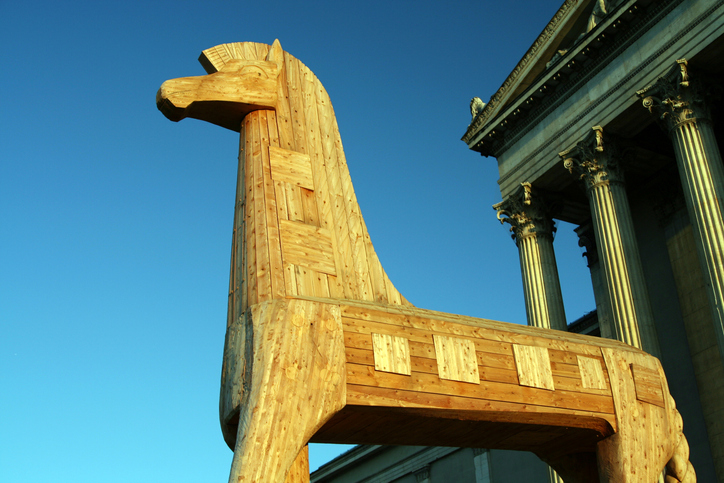 This way to Diversity.

A few weeks ago, I alerted readers to the top priority on the SEC’s new agenda: “ESG.”  For those who don’t know, “ESG” is the latest Orwellian doublespeak for “Environmental, Social and Corporate Governance.”  It’s the latest in Marxist trends going back to the 1950s, which you might previously know as “socially responsible investing” or “conscious capitalism.”

“S” (Social) stands for all things labor, although one wonders why it isn’t “L.”  This includes some important things like privacy and data protection, health and safety, supply-chain management and human rights.  But it also includes labor standards, wages and benefits, and the dreaded workplace and board diversity, racial justice, pay equity, human rights, talent management, and social justice issues.  Maybe we should just substitute “W” for “woke.”

“G” refers back to how the “E” and “S” are governed within an organization. 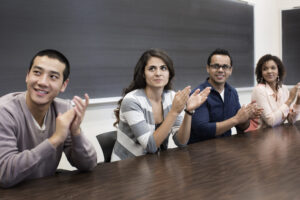 All in favor of diversity clap your hands.

Up until recently, all of this nonsense was relegated to choices within the business and investing communities.  If your company or board of directors decided to make these issues relevant, they could vote to do so.   If you chose to invest in such companies, or do business with them, that was your business.

Now, however, the Leftist-Marxist crowd is planning to crack down in unspecified ways around public companies that make “ESG Disclosures.”  Like all things Marxist, this will begin with an apparently harmless enforcement agenda that just wants to make sure that companies are being honest when they claim to be sufficiently woke.

What we can expect is that the SEC will bring enforcement actions not merely with the intent to create such “honest” disclosure, but become the de-facto scarlet letter should a company fail to meet its un-exact and non-specific standards.

And to be sure, the SEC’s standards will be made up as it goes.  That’s because the less information there is regarding ESG disclosures, the more enforcement actions the SEC can bring, and the more money the agency can rake in from its one-sided enforcement procedures.

What few Americans realize is that federal agencies all operate the same way.  Congress passes laws, and agencies take years to develop “rules” that more specifically interpret the law.  There is a long public comment period, during which the agencies consider the input, then finalize the rules in the Federal Register.  This is a lengthy process, during which everyone who is regulated by the given agency operate in the dark.

This assumes the agencies even bother to make rules.  When something isn’t congressionally mandated, an agency doesn’t even have to formulate the rules.  They’ll take requests for rulemaking, but you can imagine how often those requests are fulfilled and when they are fulfilled, how long it takes.

Meanwhile, agencies like the SEC are free to engage in “rulemaking by enforcement.”  If the SEC sees something it doesn’t like, it can open an investigation and bring an enforcement action if it so chooses.  The terrifying thing about the SEC and other agencies is they can do whatever they want in this regard.  They can subpoena records of just about anything from any entity.  They can demand testimony.   If someone refuses and invokes their Fifth Amendment privilege, such an invocation is considered an “adverse inference” in any administrative or judicial process. In other words, judges and juries can assume that since the Respondent refused to talk, they are guilty or liable. 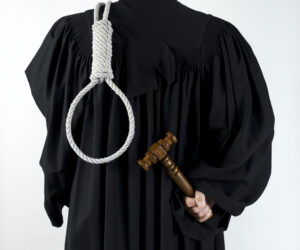 Because the process is so one-sided and expensive, individuals are often forced to settle and endure onerous fines because they cannot afford to go to trial.  Most companies will choose to settle so they can just get back to business, although some opt to litigate.

Oh, and should one choose to settle, standard SEC settlement language requires them to “neither admit nor deny” the charges, but they cannot ever make a public statement asserting innocence, or even make a statement that is tantamount to such!  Yes, the CATO Institute tried to litigate this matter, but lost in the D.C. Circuit for lack of standing.

Despite all the scams being perpetrated on investors on a regular basis, the Biden Administration wants the SEC to begin enforcement of… ESG?  It makes no sense in terms of fulfilling the SEC’s mission, which is allegedly to protect investors.

But that’s the point.  Protecting investors has nothing to do with the ideological Marxism behind ESG enforcement.  The point is to push climate change requirements into the public markets.  It begins with the new SEC chair Gary Gensler’s mandate that SEC develop a rule proposal on climate change specifically, which includes:

Funny how nothing else in the ESG agenda is up for rulemaking except climate change.

Gensler had long been eyed to take over the SEC, having been a Democratic operative for years.  He was a senior adviser to Hillary Clinton’s campaign, as well as an adviser to Obama, served as  party treasurer in Maryland, was on the staffs of Maryland’s top politicians, and was part of Biden’s transition team.

Gensler will do the Leftist’s bidding and establish onerous rules that will begin with “proper” disclosure.  There will be big fines for “misrepresenting” ESG (climate change) activity in the disclosures of many big companies.  There will then come requirements to either change disclosure or “remediate” climate change policies within the companies, with emphasis on the latter. Wouldn’t a company rather be given the “opportunity” for “remediation” than pay a fine?

This is the first step.   Soon, ESG – and climate change specifically – will become requirements.