In our last article, we detailed how a wealthy family established an offshore trust, and funneled tens of millions of dollars from that trust to a 501(c)(3) called The Sea Change Foundation.  This “charitable entity” is a major hub of funding for the climate-change alarmists.

In this article, we’ll trace where the Sea Change Foundation directs these “charitable funds”, and what each of its recipients do with the money.  We shall quickly discover that the money trail becomes a tangled web of Leftist organizations all dedicated the climate alarmism in various forms.

Could this be any less specific?

Fortunately, the next four pages make it very clear what “meaningful social impact” on “the most pressing problems” means: anti-fossil fuel and clean energy propaganda, along with and “education” initiatives.

An entity known as “The Energy Foundation” located in – where else? – San Francisco is a favored recipient of funds from Sea Change. There were 16 separate grants made to The Energy Foundation totaling over $17 million.  The “purpose of funds” is sometimes described as to “promote energy efficiency,” sometimes as “educate public about climate and clean energy,” and other times as “reduce reliance on high carbon energy.”

For the period ending July 2015, some 33 separate grants were made to The Energy Foundation (out of 79 total), for more than $16 million.  At least this year, the disclosure was much more transparent.  Every single grant’s purpose was listed as “mitigate climate change.”   Every year it’s pretty much the same pattern. 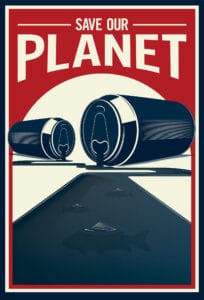 So what is The Energy Foundation?  Sure enough, those diligent Senators that issued a 2014 minority report on these climate change shenanigans figured it out.  It is a pass-through public “charity,” which aggregates hundreds of millions of dollars from Sea Change and other organizations, and then passes much of that money on to other climate activists.  In doing so, the report says:

… they are providing two services: distance between the donor and the activist, and enhancing the clout of the donors as their individual influence is maximized by pooling resources….[and is] utilized by the most powerful EGA members to create the appearance of a more diversified base of support, to shield them from accountability, and to leverage limited resources by hiring dedicated energy/environment staff to handle strategic giving.

Indeed, The Energy Foundation made nearly 500 grants between 2015 and 2017 alone. That’s a lot of passing through of funds, and those funds often aren’t used for charitable purposes but for political activities – and that’s forbidden under federal law.

The IRS strictly prohibits 501(c)(3) entities from “directly or indirectly participating in, or intervening in a political campaign for or against a candidate for political office.”  So instead, the 501(c)(3) tries to skirt the law by contributing funds to a 501(c)(4), which is permitted to engage in political activities.  There is an oversight issue here, however.  The donation made to the 501(c)(4) must be restricted to a charitable purpose that aligns with the organization's mission, and does not violate the 501(c)(3) nonprofit's eligibility.

Who is watching to make sure these laws are being followed?  Nobody, really.  The IRS should do it, but given the complexity of how money is moving around through all these different entities (and we haven’t even scratched the surface), actual oversight appears non-existent.

It should come as no surprise that the 501(c)(4) entities that are the recipients of such generosity from 501(c)(3) entities are often closely aligned.  The Senate report describes one such example:

Yet unless one went hunting for this information, the tangled web of funding would never be exposed.  A visit to The Energy Foundation’s website reveals an optimistic website that talks in vague terms about how great clean energy is, bringing solar power to consumers all over America, providing thousands of jobs in the sector, and to “modernize the power grid.” 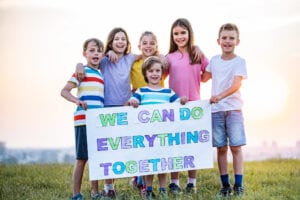 Then again, maybe not.

Yet behind all the pretty pictures and generalized terminology, there is nothing of substance.  It’s all sizzle designed to target the ignorant, feel-good nonsense that doesn’t offer specifics.  Take a look at the mission and vision statements of The Energy Foundation:

Nothing on the website discusses the downsides of “clean energy,” or acknowledges the truth about how much fossil-fuel energy is necessary to create solar panels and wind turbines. Few of the stories listing the foundation’s successes go into specifics about a given grant’s success, or the costs incurred by harming the fossil fuel sector.  It also delivers falsehoods about nuclear, coal, and natural gas.

The website touts the Southern Environmental Law Center, which “successfully push[es] regulatory commissions to scrutinize utilities’ operations and long-term planning, and to promote alternatives to proposals for more coal, gas, or costly nuclear plants.” Rather than address the truths about nuclear plants, which produce more energy with the greatest possible existing efficiency, it dismisses its very existence as being “too expensive.”

One becomes dizzy very quickly trying to track all the different recipients of The Energy Foundation’s grants, but the sheer number of happy stories it touts on its websites demonstrates that the climate-change activists have tons of money to spread around and seem keen on hiding how it all gets distributed.