I’ve thought long and hard what else I might do to save the planet. Not only because all of my clients are oligarchs (it just looks bad), but also because #grassroots is trending. The question of course, was what? I needed a hashtag!

‘First do no harm’, Daddy always says, but one can’t simply do nothing when our planet is literally bursting at the seams. So I came up with #greenscore. It’s perfect really. I’ll provide the metric by which even the smallest event (say a child’s birthday party), can share their #greenscore, and I’m sure that in time, the largest events (except maybe not Davos) will join too.

My first client, is that of a personal friend, Scarlett, who is having her wedding at Cluny Castle way up in Aberdeenshire.  As her husband works in tech, they are the perfect launch for my new #greenscore idea, and I am determined to make it a success.  Rather unfortunately though, we were stuck with the venue, (an ancient castle)—very far away and hard to reach. Not to mention very difficult to heat and cool. So I asked people to do what they could and to combine transport… though I found no takers. 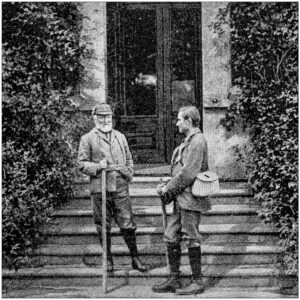 If Cluny Castle was good enough for Andrew Carnegie...

None of this, however; was rating high on the give-a-damn scale, because the bride’s mother was currently held up in Turkey over a jeep safari accident. The delay, I assumed, was that she hoped to keep quiet the fact that she’s been Ibex hunting, but it turns out, she had not personally hunted—only her boyfriend had.  However, their open-top Land Rover had crashed into a telegraph pole—killing the boyfriend and two other Britons. It was all over the papers and no matter how stylish or well-intentioned the holiday, I couldn’t spin this as a good (or green) thing.

I put images of the whole sordid mess out of my head and set myself to the task of sourcing local wildflowers with which to make Scarlett’s bouquet and decorate the venue.  But I couldn’t find a single vendor nor anyone willing to venture out and pick the flowers. What was the deal? I clicked through images of past weddings on the web only to find the most horrid groupings of sad carnations and even sadder roses whose colour schemes ranged from red to red.

The big deal, it turns out, was we were surrounded by NNR’s and SSI’s and ASSI’s—which is basically government agency speak for nature preserves and no you may not pick the flowers. This is where these agencies drive me batty… now I’d have to ship them in.

Spotty mobile service was also getting the better of me so I hopped in my car and drove in circles until I could get a signal.  I called Dublin, I called Dún Laoghaire, I called Edinburgh, I called Langholm… no one working and no one cared. It was solution time and so I called vendors in Germany and Switzerland… yes, and yes. All good news but selling the visual of using ‘wildflowers’ was going to seriously impact our #greenscore. I wasn’t happy but after a dizzying maze of couriers and exchanging photos back and forth I had a solution, and even convinced myself that there was no real difference between Queen Anne’s Lace and Bavarian Gentian. 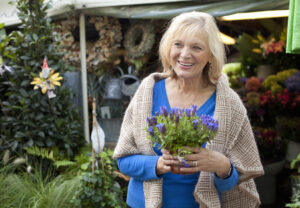 Looks just like Queen Anne's Lace if you squint.

If there was an update on the bride's mother I hadn’t heard and I went in search of some dinner to take to my room, where it was cooler, and then it occurred to me the heat index was basically going to be unbearable. A quick Google search turned up ‘higher than usual temps’. Lovely. A marquee with chandeliers AND candles was going to be an inferno.

My own green score matrix ticked up in my head like a taxi meter during rush hour. Double ugh! There was no getting around this… cooling was needed. And if ‘higher than usual’ temperatures were to be believed, I found it curious that the crew assured me they had been keeping guests cool for nearly half a century. They also suggested treble the amount of plastic water bottles be on hand so I agreed and chose not to factor it into our score.

The next morning I tracked down the wedding coordinator to see if he might do something to convince me he was alive. Or working. Begrudgingly he gave me the tracking information for Leman Express and DHL—the combination of which would bring the Alps to the Scottish Highlands undetected. With the luck of a steady internet connection I finished linking #greenscore to all of our social media pages. I calculated our own running #greenscore and it wasn’t looking good, so I decided to subtract 10,000 points—a gimme for this and all future weddings since (I figured) married couples share a home, it could offset the carbon spend of a wedding. Totally makes sense.

Morning came far too soon. I didn’t want to leave the cool of my suite but the mother of the bride sent a gushing text promising she wouldn’t miss the wedding for the world. Things were looking up. And there hadn’t been a Turkish police inquiry after all… the issue was altogether more delicate, with her newly-deceased beau still being married to his second wife, Scarlett’s mother convinced the authorities to let her slip away quietly lest she rob the grieving widow of her due.  But she didn’t turn up. And no one had made arrangement to collect her from the airport. I made myself scarce so Scarlett couldn’t ask, and hopefully wouldn’t notice.

With the ceremony beginning I tucked into the marquee… it was the unalloyed pleasure of cool air from every glorious angle, until just then a much stronger gust—chopper overhead! And I looked up to see Scarlett’s mother arriving. No she wouldn’t miss it for the world would she? Nor one bazillion carbon points.