Proving once again that even a stopped clock is right twice a day, California Democrats are on the road to doing something right. I believe that the recall effort to oust Governor Gavin Newsom from his perch in Sacramento will find enough Democrat support to tip the scales to remove him. As crazy as it sounds, there is plenty of reasoning behind this prediction.

Recalling a government official is a rare event in American politics. It was astonishing that Gov. Gray Davis was booted out of office in California in 2003. The inciting incident for that recall effort was when he signed a bill to triple the car registration fees on all Californians.   This had reversed his predecessor’s action to significantly reduce the fees.

While it was inciting incident, it was really the straw that broke the camels back. Public sentiment towards Davis was severely eroded in 2000 and 2001, when California suffered a major energy crisis that resulted in rolling blackouts and exorbitant energy bills. If there's one thing that people don't like, it's having your power go out for any reason. One would've expected Democrats to let this slide, except for the fact that Davis had made a number of sweetheart, inflated agreements with the energy companies to fatten their pockets at the expense of Californians. If there's one thing the Democrats don't like, it's corporations.

The idea that Californians were not only getting reamed on electricity costs, but having to deal with rolling blackouts, and that the state was facing a massive $38 billion budget shortfall which would be filled by a tripling of the registration fees, was too much for voters to handle. Even a Democratic governor can see his base turn on him, and 55 percent of the electorate voted to have him kicked out.

It was no surprise that Gavin Newsom won the gubernatorial race in 2018, given how far left the state had moved in the intervening years. While it seemed that Californians would have to suffer through another eight years of lousy governance, fate has intervened. The Covid-19 pandemic triggered a series of awful decisions from the Governor’s office – ones that even Democrats cannot tolerate.

Most Democrats have been more than happy to live their lives in fear, wear 15 layers of masks and face shields everywhere they go (while insisting others do the same), and demanding that everything be closed down and stay closed down. That's not where Gov. Newsom's problems arise. 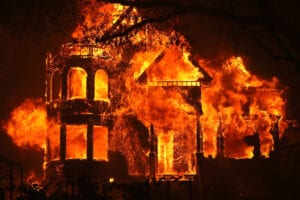 There are quite a few business owners in California who happen to be Democrats. While they may be comfortable with their virtue signaling and demands of ludicrous levels of caution, the fact that they own businesses which have been put into permanent peril is not lost on them. Even if you are a Democrat, and you are a small business owner – particularly of a restaurant or in another sector that has been damaged the most – there's a good chance you're facing bankruptcy. If you aren't facing bankruptcy, you have some massive back rent due, and you've been struggling to stay current with whatever loans you may have.

When you're faced with losing everything, it's more likely you will have a sudden realization that it was Gavin Newsom that helps put you out of business. Especially when Newsom was caught going to a fancy-shmancy restaurant where he dined indoors, without a mask, and without even social distancing.

The utter hypocrisy on display in that moment, when viewed by another restaurant owner who hasn't been allowed to operate four months and/or has invested tons of money into equipment necessary for outdoor dining, is infuriating. It may be one of those few times when Democrats realize politicians really do not care about the people.

But the hypocrisy of the French Laundry incident carries even greater emotional weight. It suggests that there really was nothing to ever be afraid of, meaning that all of these closures over all of these months were unnecessary. That's the message Gavin Newsom sent. 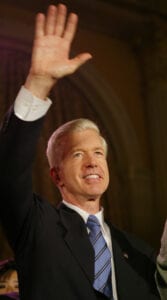 As with Gray Davis, whose recall was driven by a cascading series of really bad optics, Newsom has placed himself in the same situation. The incoherence and apparently arbitrary nature of virus restrictions sends a message that he has no idea what he's doing in regards to managing the pandemic. State guidelines were not only very restrictive to begin with, but have since been revised upward twice. In the meantime, county orders may or may not contradict the state orders, and city orders may or may not contradict both the county and state orders.

This is partially what did in Donald Trump. His big mistake was not using the presidency as a bully pulpit to establish and communicate firm and specific guidelines on what he thought was best. Newsom appears to simply be running scared, listening to the so-called "experts," and can't seem to decide what is best for California.

It should also come as no surprise, given his lack of leadership, that the vaccine distribution has been a disaster. The vaccine has been slow to rollout, many Californians are wary of the state's supplying certain groups based on "equity," and other states have been vaccinating populations in a far more efficient manner.

You may have heard a collective statewide gasp when it was announced that Blue Shield was going to be managing the rollout of the vaccine going forward. Most Californians are stuck with some form of Blue Shield insurance, and they know from experience that Blue Shield is a decentralized bureaucratic nightmare that operates in a ridiculously inefficient manner, so there's no reason to expect that they will do a better job. That's another black mark against Newsom.

Finally, the data suggests that Democrats are signing the recall petition. Although the source is unverified, a screenshot of LA County’s recall petition data appears to show 52 percent Democrat support for the recall. A recall campaign organizer said 31.5 percent of signers were “other than Republican."

There are roughly 22 million registered voters in California, where Democrats hold a 10.1 million plurality. Republicans have 5.3 million (46% - 24%), with another 24 percent as “no preference.”  It seems unlikely that only Republicans account for the 2 million signatures the recall effort has collected.  That’s 40 percent of the registered GOP electorate.

Democrats are going to help push Newsom out.