Down the Rabbit Hole of Climate-Change Funders 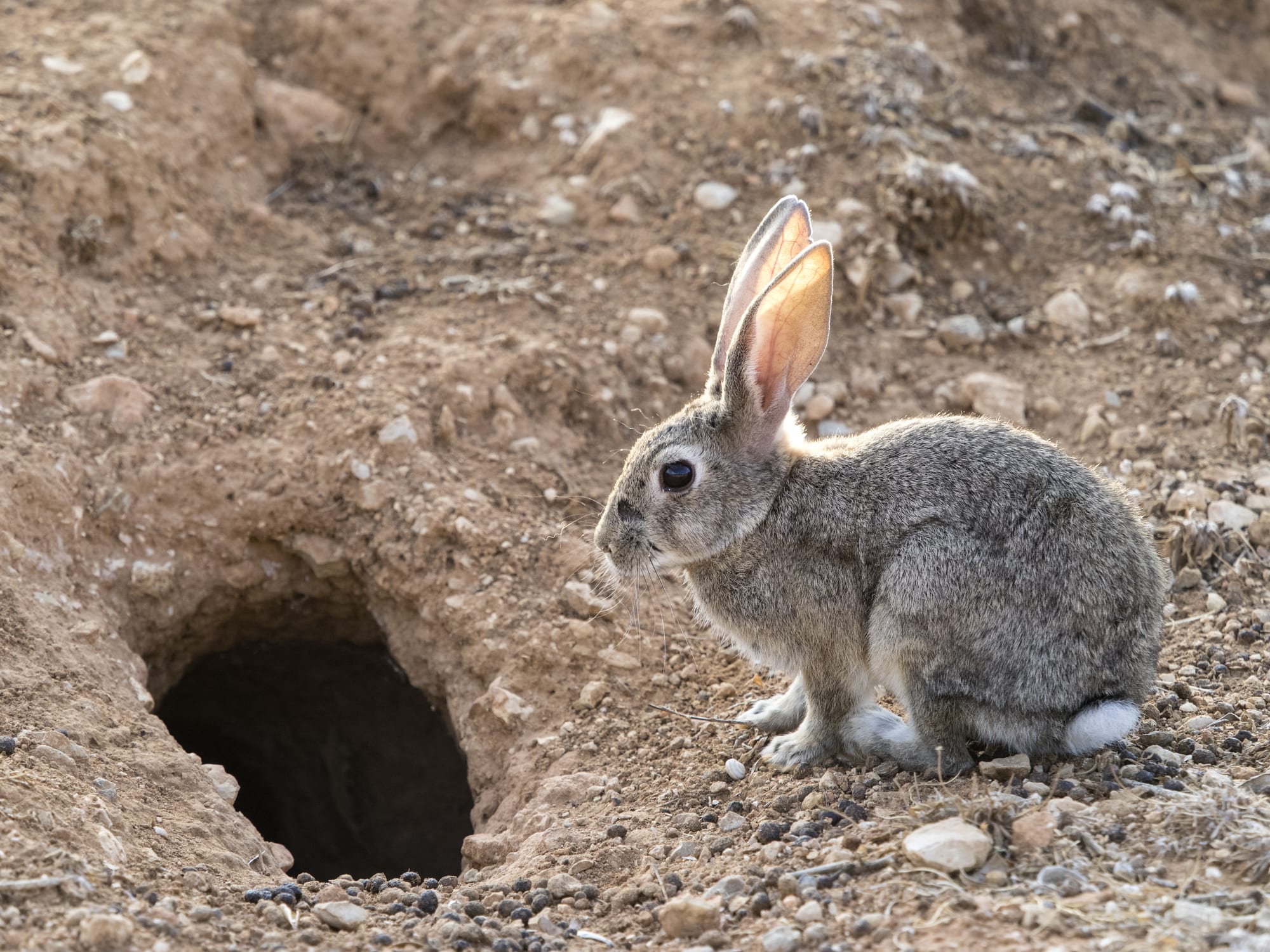 This article is the first in a multi-part series that aims to expose where at least some of the money is coming from to support the "climate change" movement, while alerting readers to foreign interference in our grasp at energy independence.

When one starts to hunt for who funds the global warming movement, it quickly evolves into a convoluted rabbit hole with countless branches designed to confound.  The very idea that deliberate obfuscation exists when trying to follow the money should signal that the intentions of the Global Warming Alarmists (GWAs) are hardly noble.

One of the major hubs is the Sea Change Foundation, a tax-exempt 501(c)(3) with over $250 million in assets as of 2018.  Almost every year since its creation in 2006, its founders have contributed millions to it.  In 2018, its founders contributed over $53 million through four separate entities.  This would be the same Sea Change Foundation whose website is about as deliberately obscure as possible.

Who are the founders?  Nathaniel and Laura Simons.  They usually give to Sea Change personally and through three separate trusts, and they are usually the only direct contributors.  That doesn’t mean there aren’t other contributors to those three trusts, however.  As the Guardian revealed in 2017, those trusts are actually sub-trusts of a massive Bermuda trust created by Simons’ father, James, known as the Lord Jim Trust.

One of the Democratic party’s top donors has spent decades building a hidden offshore fortune of more than $8bn in the tax haven of Bermuda, according to leaked documents. James Simons, a hedge fund magnate who spent $11m in support of Hillary Clinton’s 2016 presidential campaign, amassed investment profits in the Lord Jim Trust, a vast private wealth fund set up on the Atlantic island in 1974.

Confidential legal files from 2010 show lawyers and advisers for Simons worked to protect him and his children from “particularly severe” US tax bills that would be triggered if they tried to bring the funds onshore. Bermuda imposes no taxes on profits or income.

The Simons trust was revealed in the Paradise Papers, millions of leaked offshore files reviewed by the Guardian, the International Consortium of Investigative Journalists (ICIJ) and others. The files give a rare glimpse inside trusts used by the super-rich to ensure confidentiality and minimal regulation.

As the article notes, Bermuda has no tax on income or investment gains, and offshore trusts are often used to conceal massive wealth. As long as the money isn’t used for personal benefit, the trust can and apparently has been funneling money to the patriarch’s childrens’ sub-trusts.

Simons himself made his fortune running the Renaissance Technologies, a "a quantitative investment management company trading in global financial markets, dedicated to producing exceptional returns for its investors by strictly adhering to mathematical and statistical methods," hedge fund, which currently manages over $100 billion.

You’d never know it, but Renaissance was also among the largest federal campaign donors, with virtually all donations going to Democrats in 2020.  The firm contributed more than $33 million during the 2016 election cycle.  So for any Democrats who think big business only contributes to Republicans, think again.

Sea Change also received $13 million in 2010, and $10 million in 2011 from a mysterious entity known only as Klein Ltd., another Bermuda firm:

A shadowy Bermudan company that has funneled tens of millions of dollars to anti-fracking environmentalist groups in the United States is run by executives with deep ties to Russian oil interests and offshore money laundering schemes involving members of President Vladimir Putin’s inner circle.

One of those executives, Nicholas Hoskins, is a director at a hedge fund management firm that has invested heavily in Russian oil and gas. He is also senior counsel at the Bermudan law firm Wakefield Quin and the vice president of a London-based investment firm whose president until recently chaired the board of the state-owned Russian oil company Rosneft.

In addition to those roles, Hoskins is a director at a company called Klein Ltd. No one knows where that firm’s money comes from. Its only publicly documented activities have been transfers of $23 million to U.S. environmentalist groups that push policies that would hamstring surging American oil and gas production, which has hurt Russia’s energy-reliant economy.

Klein was highlighted in a 2014 minority report from the Senate Committee on Environment and Public Works.

Following that report, Rep. Lamar Smith and Rep. Randy Weber from Committee on Science, Space, and Technology, wrote a letter to Treasury Secretary Steve Mnuchin in 2017.  The letter alleged that Klein Ltd. may receive money from Russian interests intent on disrupting U.S. fracking operations.  Klein, they said, donated money to Sea Change which then donates to other environmental activists.

It wasn’t until July of 2018 that Nathan Simons publicly acknowledged that he was the sole director of Klein and that it never received any contributions from non-family sources.  That is, Klein Ltd. was probably another sub-trust of the Lord Jim Trust, and was also renamed to Sea Change Foundation International.

In a statement released to Inside Philanthropy, Nat Simons also stated that Klein Ltd.—a Bermuda-based entity that contributed to Sea Change and has drawn speculation about foreign funding of environmentalists—is directed solely by him and funded exclusively by Simons family wealth. Klein has been renamed Sea Change Foundation International, and will continue as a Bermuda-based philanthropy that shares the mission of the couple’s stateside foundation.

“I wish to clarify that press reports speculating that Klein has received funding from outside sources are factually incorrect and have no basis. Neither Klein nor Sea Change Foundation has ever solicited or accepted contributions from non-family related sources,” Simons said. 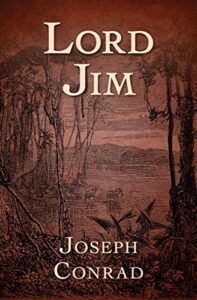 "A condemned British seaman on the run from a grievous mistake in his past may find redemption in the Far East."

The only question is why did it take so long to come clean, so to speak?

Now that we’ve apparently traced the rabbit hole’s entrance back to the Lord Jim Trust, the next question is who is also at the center of the Sea Change hub, and what Sea Change does.

The 2014 Senate report is the place to begin, where its scathing exposé detailed how the Sea Change Foundation and others utilize so-called “charitable giving” to influence energy policy and support GWAs:

…an elite group of left wing millionaires and billionaires, which this report refers to as the “Billionaire’s Club,” who directs and controls the far-left environmental movement, which in turn controls major policy decisions and lobbies on behalf of the U.S. Environmental Protection Agency (EPA). Even more unsettling, a dominant organization in this movement is Sea Change Foundation… In turn, Sea Change funnels tens of millions of dollars to other large but discreet foundations and prominent environmental activists who strive to control both policy and politics.

As a 501(c)(3), the trustees can invest the funds and then give as much as they like to whomever they like.  Unlike actual charitable foundations, however, the grants are only given to those who operate in concert with the donor’s political agenda.  These are the entities that Sea Change “donates” to.

So who is helping the Simonses pass all this money around, since they are the only directors?  There is a staff that comes from a firm known as Tempest Advisors which is, of course, another entity with no apparent website.  It is a limited liability corporation based in Redwood City, and offers “Administrative Management and Consulting Services” according to its annual corporate filing. Its executive director is someone named Tom Steinbach.

Tom is an expert in developing and implementing philanthropic strategies to address complex social and environmental challenges, and has more than 30 years of experience in philanthropy, the non-profit sector, and government. Prior to joining Tempest Advisors, Tom was Environment Program Director at the Hewlett Foundation and Executive Director of the Greenbelt Alliance.

Brigid McCormack is the Deputy Director, who was the Executive Director of Audobon California, VP for External Affairs at the ClimateWorks Foundation.  The remaining individuals all have policy, finance, energy, and philanthropic backgrounds.

The only other information available regards a company that may or many not be the same entity. TempestAdvisors.com exists but has no website, a Facebook page says it is located in Bulgaria, and another page says:

A job search listing describes Tempest as offering, “Consulting support is focused on the serious threat posed by climate change and the role of philanthropy in climate change mitigation.” Sea Change’s website suggests that Tempest exists for the sole purpose of “providing professional philanthropic series to Simon family philanthropic entities”.

Thus far, we’ve found an entrance to the rabbit hole, and its primary hub in the form of Sea Change, as well as a side chamber of its advisors from Tempest.  Next time, we’ll dig into the branches that lead from Sea Change to the recipients of its donations.